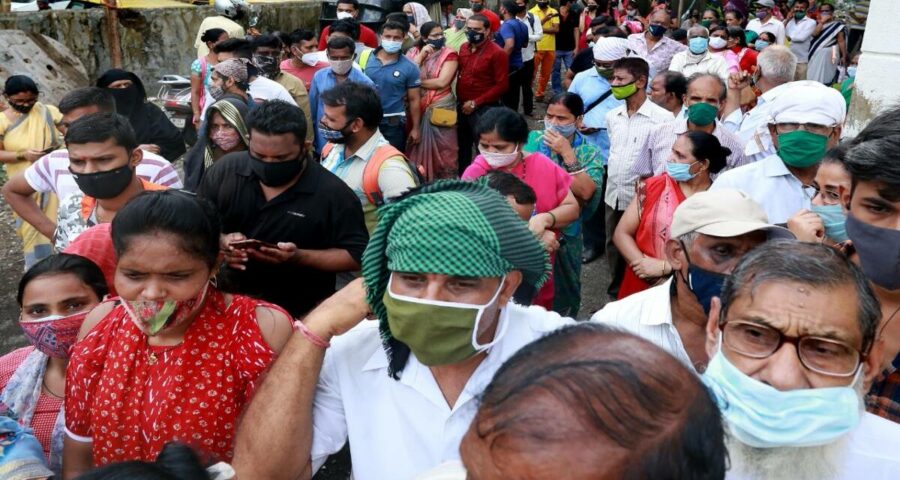 After a brief spell when the city was administering around 1 lakh jabs daily, vaccination in Mumbai has been inconsistent over the last couple of weeks. Due to shortage of Covid-19 vaccines, the inoculation process will remain suspended at state and civic-run centres on Friday, officials said. After July 1, this is the second time in the last 10 days that the Brihanmumbai Municipal Corporation (BMC) has suspended the vaccination drive due to shortage of doses. Officials said they are expecting to receive about 1.50 lakh doses on Friday, adding that if the stock arrives on time, vaccination can resume on Saturday.

After a brief spell when the city was administering around 1 lakh jabs daily, vaccination in Mumbai has been inconsistent over the last couple of weeks. Additional municipal commissioner Suresh Kakani said the corporation is receiving stock that is enough to last for only two to three days.

“We understand that sometimes people don’t get vaccines because supply exhausts. But instead of stretching our stock over several days, it makes more sense to take more walk-ins and vaccinate more people within two to three days. I have spoken with state government officials. We expect more stock in July as compared to June,” said Kakani.

Last Thursday, the BMC had received 1.25 lakh doses from the Centre while on Tuesday, it received 95,000 doses. According to data, 45,171 beneficiaries were inoculated in Mumbai on Thursday. While 16,112 of them were vaccinated at government centres, 29,059 persons received their doses at private centres.

BMC data shows that so far, 59.29 lakh beneficiaries have got at least the first dose of the vaccine. Of these, 12.47 lakh people have got both the doses.

The shortage of vaccines is causing concern among citizens as at several centres, the number of people turning up is higher than the number of vaccines available. In many cases, people complain of being turned away from centres after waiting for over two to three hours.
On this, the BMC has said that the citizens can call on 1916 before arriving at the vaccination centre.

Meanwhile on Thursday, 540 new Covid-19 cases and 13 deaths were reported from the city.