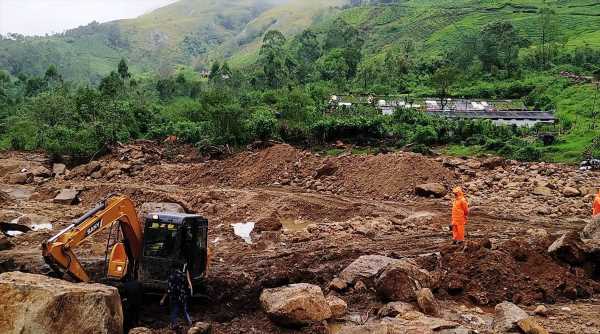 Both tragedies not only have some lessons for the authorities, they also point to the possibility that in the absence of proper measures more landslides may be waiting to happen in the hilly areas of Western Maharashtra and the Konkan region Seven years after a landslide struck Malin village of Ambegaon taluka in Pune on July 30, 2014, a similar tragedy occurred in Taliye village of Mahad taluka in Raigad last week. Striking similarities between the two events not only have some lessons for the authorities, they also point to the possibility that in the absence of proper measures more such tragedies may be waiting to happen in the hilly areas of Western Maharashtra and the Konkan region.

The landslides in Malin as well as Taliye occured after two to three days of heavy downpour in the month of July. Malin village in the Western Ghats had received 600 mm rain in the preceding two days. Mahad taluka, where Taliye is located, had received around 300 mm rainfall in two days.

The final death count in Malin tragedy was 151, partly because it happened around 6am when many villagers were fast asleep, while in Taliye 84 lives were lost.

Crucially, neither village had been identified as landslide-prone despite their location in the foothills. This meant that the hapless villagers received no alert from officials, nor was there any effort to shift them to safety beforehand.

“Taliye was not among the around nine villages declared landslide-prone in Mahad and Poladpur,” Raigad district collector Nidhi Choudhary told The Indian Express. “If a village is identified as landslide-prone, we make all efforts to warn villagers, especially during heavy rain,” she pointed out.

Choudhary said the Taliye landslide seemed to have been triggered by heavy rain as well as a sudden burst of stream from the hillock. “We have appointed a team of geologists to determine the exact cause,” she said.

Deputy Chief Minister Ajit Pawar too echoed her words while speaking to reporters in Pune on Saturday. “Taliye was not identified as a landslide-prone village,” he said.

Shivajirao Adhalrao-Patil, who was the local MP when the Malin tragedy happened, had the same to say. “Officials never discussed this issue of Malin with me. And because of this, Malin villagers were never alerted.”

He said he could not understand why a village located at the foot of a hillock was not identified as vulnerable to landslides. “It is obvious that mudslides regularly happen in hilly areas in the Western Ghats and Sahyadri ranges during rains. We need to find out why geologists or government-appointed teams failed to identify such villages are vulnerable,” he said.

In Malin, the government’s ‘padkai’ scheme and deforestation were cited as reasons for the landslide. Padkai is a practice of step agriculture that involves making small cuts on the hillside, which is subsequently flattened and levelled to grow rice.

“In Malin, the padkai scheme involved flattening of slopes, uprooting trees and allowing farming by tribal villagers. In fact, some local politicians had helped the villagers by excavating the soil with the help of JCBs. This was bound to loosen the soil, cause fissures and disturb the ecology of the hillock. This kind of tampering with natural settings is always a recipe for disaster,” Adhalrao-Patil pointed out.

In Raigad, officials denied that any such scheme or tree felling was undertaken. “No such scheme was implemented in the Taliye hillock; neither were trees uprooted. It was a natural phenomenon which was not anticipated,” the collector said.

Dr Sandeep Meshram, a geologist with the College of Engineering, Pune, said that a COEP team which studied soil and rock samples after the Malin tragedy found that they were in a destabilised state. “Rocks develop cracks and fissures over time as they are subject to vagaries of nature. Rainwater seeps into such cracks and fissures which leads to change in soil properties, making them weak. Such destabilised states of soil, rocks and slopes prove disastrous during torrential rain leading to landslide tragedies as in Malin and Taliye. If we have to declare any hill or rock as stable, it has to be at an angle of 35 degrees. However, during our survey we found that the hills were perched dangerously at a 65-degree angle,” he said.

Weathering, he said, was one of the important causes of landslides in inactive mountainous terrain. “The Western Ghats, including the Deccan Traps, is an inactive mountain range. Intense rainfall in these areas enhances weathering processes and creates thick soil covers. The percolating water from the secondary porosities (joints and fractures/interconnected vugs) comes out from the contact zones of basalt and red bole bed in the form of seepages. It erodes the red bole bed and, as a result, the overlying masses hang and consequently lead to rock fall. Here topography, geology and geomorphology including slope, land use and land cover, drainage and soil properties are the main influencing factors for the occurrence of landslides whereas rainfall and anthropogenic activities act as triggering factors,” Meshram explained.

“Human intervention such as steep slope cutting and deforestation also affects the rate of weathering. Hence it can be summarised that in the Deccan Traps area in Western Ghats, the extent and index of weathering influences the landslide processes,” he added.

Another geologist lamented that instead of appointing expert geologists to study the rocks and soil of an area, the task is mostly carried out by civil engineers. “It is no wonder then that they are not able to identify or assess vulnerable hills and slopes, which then causes avoidable loss of lives,” he said.