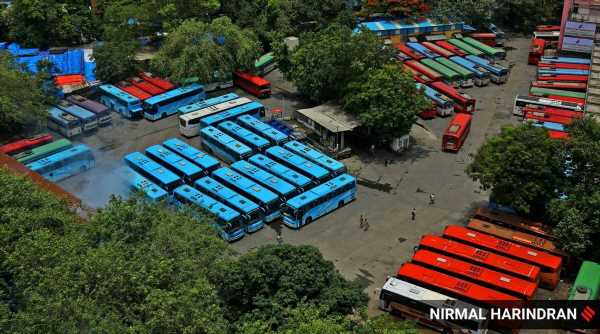 In an attempt to end the strike and resume services, MSRTC is hiring candidates who were on the recruitment waiting list in the recent past. As the Maharashtra State Road Transport Corporation (MSRTC) workers’ strike entered its 22nd day, seeking merger with the state government so that staffers can avail benefits of government employees, the corporation on Thursday appointed a private consultancy agency to find a solution for its revival.

The officials said the agency will study the functioning of cash-strapped MSRTC, including its operations, logistics, the revenue system and the cause for the huge losses. Accordingly, the agency will prepare a detailed report giving suggestions, including how to reduce the losses, increase profit and improve the facilities.

Sources said one of the possible solutions being looked at is the privatisation of MSRTC and taking buses on lease from private operators. The move of appointing the consultancy service could also be the first step towards studying or exploring this option, sources added. Currently, Shivshahi and Shivneri bus services of the MSRTC are privately owned and operated.

“Though discussions on the appointment of the agency had started long before the strike began on October 27, the work order was issued on Wednesday on a priority basis amid the strike to avoid a similar situation in the future,” said an official.

MSRTC Vice-Chairman and Managing Director Shekhar Channe said, “The work order has been issued to private agency KPMG. It will study and suggest solutions.” The agency is expected to submit its report within a month.

Efforts by the corporation to end the strike have failed to budge the workers from their demand that MSRTC be merged with the state government.

In an attempt to end the strike and resume services, MSRTC is hiring candidates who were on the recruitment waiting list in the recent past. On Wednesday, around 100 such candidates were hired by the corporation. Around 2,500 such candidates could be hired, said officials.

On Thursday, 7,541 employees reported to work and MSRTC managed to run 144 buses and transport 3,518 passengers. Almost all these buses are privately owned Shivneri and Shivshahi.