Known as Stree Safe, the ambulance service was started by the Ninebee Foundation around three weeks ago after there were reports of abuse of unaccompanied women while they took a relative to a hospital in ambulances emerged. 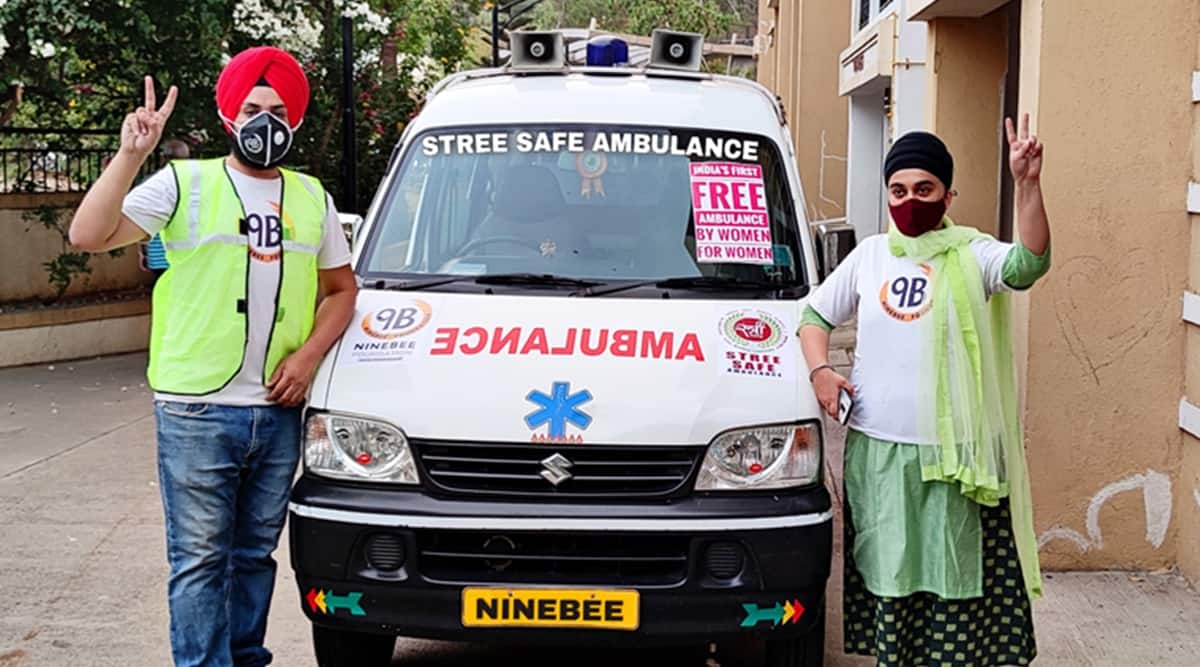 Amongst the many ambulances carrying Covid patients to hospitals in Pune, one announces in bold pink letters saying it is “by women, for women”.

Known as Stree Safe, the ambulance service was started by the Ninebee Foundation around three weeks ago after there were reports of abuse of unaccompanied women while they took a relative to a hospital in ambulances emerged.

The Stree Safe ambulance is driven by women and can be availed for free.

“We launched the service soon after we came across a case of a woman, who was abused while her husband was in the back of the ambulance that had been called to take him to a hospital. There are many more such cases that we never hear about, because nobody reports these. The woman is already stressed and is taking her loved one to a hospital all by herself. Under the circumstances, she is unlikely to turn the ambulance towards a police station to report a case of abuse,” says Amarpreet Singh, Founder & Director, Ninebee Foundation.

“There have been instances when women have been sexually abused in return for medical services,” Guneet Kaur, who heads the project, adds.

At present, the service has two women drivers. Five other women drivers are being trained in self-defence and martial arts in Kondhwa before joining the fleet.

“Initially, we had planned to use a second-hand Omni but found that we need medical clearance, among others, which was going to be tough during the lockdown. We now use a vehicle that is pre-registered as an ambulance,” Singh told.

A fundraiser has also been set up to buy three more ambulances for the city. They will be equipped with ventilators and other machines to cater to Covid-19 patients. The foundation aims to start the ambulance service in Delhi next.

“Awareness of the service was carried out on social media, after which we began to get two or three calls every day. The women are relieved that they do not have to fear for their safety,” adds Singh.

The foundation also provided food, oxygen cylinders and concentrators to patients during the second wave of the Covid-19.