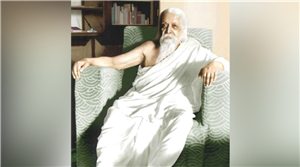 The centre has pioneered various programmes in the city including Gita for youth, trekking, Friends with the Deaf, World of Good Thoughts, besides other social and cultural activities. The Sri Aurobindo Centre in Aurangabad kicked off celebrations Sunday on the occasion of the 150th birth anniversary of poet-philosopher and freedom fighter Aurobindo Ghosh.

“As a part of various activities for the celebration, and in view of the pandemic, the centre on Sunday launched a website http://www.sriaurobindocentreabad.in where published literature, articles and videos on its works will be uploaded,” said Soham Khambete, youth representative of the centre.

Sri Aurobindo Centre in Aurangabad was started in 1972 after professor Rameshwar Rathi, the centre’s in-charge, was inspired by a darshan of The Mother in Pondicherry, he said.

“Aurobindo Ghosh was born 150 years ago in Calcutta on 15th August 1872. He was sent by his father to London to study, only to return after 14 years. In England, he cleared ICS and secured 11th rank of 250 candidates. He was a scholar, poet, philosopher, writer, editor, leader, staunch nationalist, yogi and linguist fluent in 12 languages,” said Khambete.

Elaborating on the centre’s philosophy, Khambete said according to Sri Aurobindo’s view the pandemic can be viewed as a preparatory phase for “the next stage in evolution by the principle of Super Mind which the scholar describes in his book ‘The Life Divine’”.

“The bitter truth is that even after seven decades of Independence, the majority of India’s youth has still not read what they tend to glorify and are satisfied with just inheritance. Inheritance with lack of knowledge. History studied and written by others. Sri Aurobindo says we should keep the past as a strong foundation and leap towards the bright future,” he explained.

The centre has pioneered various programmes in the city including Gita for youth, trekking, Friends with the Deaf, World of Good Thoughts, besides other social and cultural activities.

It also conducts national youth camps in Pondicherry and Nainital every year. “The youth are groomed and prepared to represent the state at such camps that target their overall integral development,” he said.