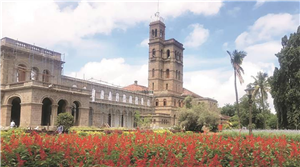 CWUR ranks universities and research institutions in the world across medicine, science, social sciences and other streams. Two institutions from Pune — the State-run Savitribai Phule Pune University (SPPU) and Indian Institute of Science Education and Research (IISER), Pune, have been ranked among the top 2,000 universities in the world by the Centre for World University Rankings (CWUR) 2021 – 2022.

CWUR ranks universities and research institutions in the world across medicine, science, social sciences and other streams. The assessment is done on the basis of the quality of education, alumni employment, quality of faculty and research performance.

While IISER, Pune has bagged the 22 rank among Indian institutions, it stands at 1124th position, globally. It is ranked highest among the four IISERs in the CWUR list this year.

On the other hand, SPPU ranks 32nd among Indian institutions and is at the 1329th position, globally.

On the basis of research performance, SPPU is ranked 1327 whereas IISER,Pune, has taken the 1073rd rank.

IITs at Roorkee, Guwahati, Gandhinagar, Bhubaneswar and Hyderabad have been ranked within 60 ranks among the Indian universities.

Nationally, the IISERs at Kolkata (30), Bhopal (55) and Thiruvananthapuram (62) have been featured in the list.