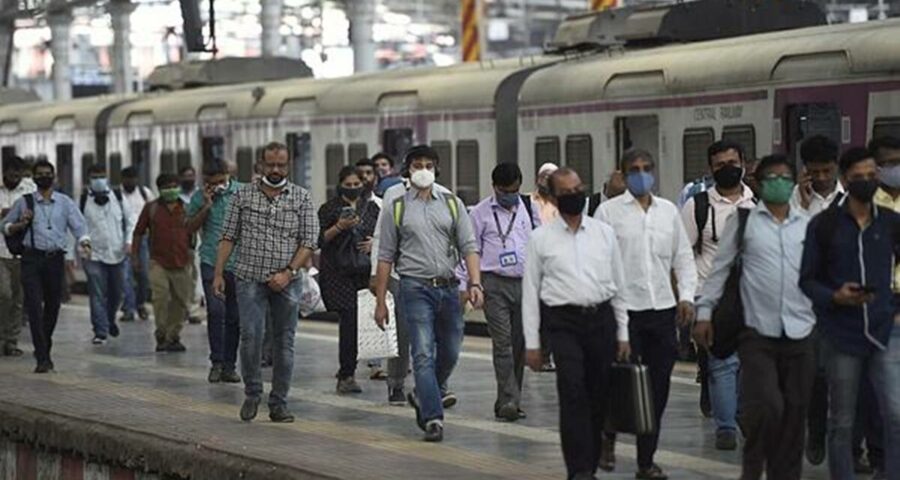 Mumbai, Amravati, Parbhani, Nandurbar, Yavatmal, Bhandara, Satara, Ratnagiri, Akola and a few Vidarbha districts have witnessed a rise, either in cases or in positivity rate, in the past few days to weeks Witnessing a spike in several pockets of Maharashtra, the state epidemiology cell has decided to do genome sequencing on at least 5 per cent of RT-PCR positive Covid-19 cases daily. This will translate into 50-70 samples of genome sequencing each day to check for viral mutations in Sars-CoV-2.

“We will take samples from those with less than 25 CT Value, this shows higher viral load. Genome sequencing is important at this point to rule out viral mutation. Wherever clusters of cases are coming up, genome sequencing will be done,” said state epidemiologist Dr Pradeep Awate.

Mumbai, Amravati, Parbhani, Nandurbar, Yavatmal, Bhandara, Satara, Ratnagiri, Akola and a few Vidarbha districts have witnessed a rise, either in cases or in positivity rate, in the past few days to weeks.

In Mumbai, resumption of local train services for general public has supposedly caused an upsurge in daily Covid-19 cases. From an average of 415 cases a day in the first week of February, the city has risen to 516 daily new cases in the second week.

On Monday, Mumbai recorded 493 fresh Covid-19 cases. While this is lower than 645 cases detected on Sunday (highest this month), the fall is attributed to less testing on weekend.

Dr Daksha Shah, deputy executive health officer, said: “We expect cases to be between 400 and 500 and it may rise. We are looking for super-spreading events and have asked officials to conduct micro mapping and connect if there is a cluster of cases related to an event or train journey. Review for all this is on, but a clear trend of spike due to local trains is yet to be established.” She added that Covid-19-positive persons are also not disclosing their travel history or participation in mass gatherings, making the task difficult for civic officials.

Shah added that vigil for face masks is strict near local railway stations to ensure commuters follow preventive measures. “People are also not cautious about wearing masks and avoiding mass gatherings as they were before. This could also be a factor in the spike,” Shah said.

Professor Sandeep Juneja, dean of School of Technology and Computer Science at Tata Institute of Fundamental Research (TIFR), said the growth in cases may continue for some time in Mumbai. “It was expected that reopening of trains will lead to some rise in cases. If this is an upward curve, the growth will go on for a while. If there is no new variant, the numbers should not be alarming,” he said.

“I would want to wait for few more days to analyse the trend before we could predict how long the growth in cases will continue for,” he added. TIFR released a mathematical model last October, predicting that the spike in Covid-19 cases due to reopening of trains will not lead to an alarming level in deaths or hospital admissions.

At present, local trains are carrying around 32-35 lakh commuters on a daily basis. The trains reopened on February 1 with limited time slots. General commuters can board the trains between 4.15 am till 7 am, from noon to 4 pm and from 9 pm till last train of the day.

During peak hours from 8 am to 11 am and 5 pm to 8 pm, only essential workers and government employees are allowed to avail of the services. State health minister Rajesh Tope has advised offices to maintain staggered timings to prevent over-crowding in trains. But despite the order, trains are running with their full capacity in morning and late evening hours.

A team from state epidemiology department, meanwhile, visited nine districts in the past few days to ascertain the cause of unusual rise in Covid-19 infections there. “We have not found one root cause for the spike. But in certain rural areas, four to five factors are responsible for the surge in cases,” epidemiologist Awate said.

Around 14,000 villages held gram panchayat elections in the past few weeks, he said. Districts officials reported an increased inter-district travel and intermingling of villagers during political rallies. “This is one direct cause for surge in coronavirus infection in few villages,” Awate added. “The chilly weather could also be another factor,” he said.

A seven-fold rise in active infections has worried the Amravati administration. Officials said marriages and social gatherings do not observe Covid-19 protocols. Reopening of schools has also been attributed to be one of the reasons for spike in cases, a state health official said. In Amravati, classes for only X and XII standards resumed.

The unusual spike, a state official said, could also be caused by genetic variation in virus. So far, Maharashtra has recorded 12 Covid-19 cases where the UK variant was detected, while in three cases, the South African variant was found. Both the variants are known for high transmissibility of the virus. But none of these 15 cases have been linked to any super-spreading event so far.