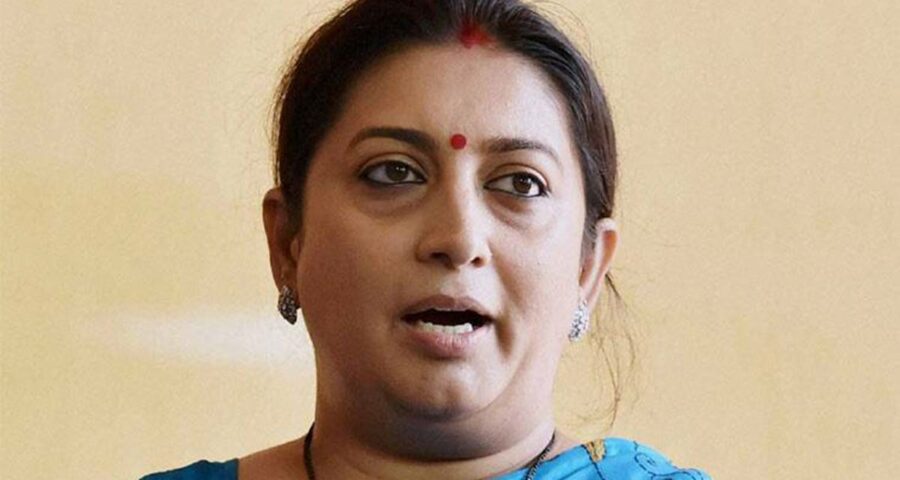 Smriti Irani is in Mumbai, as a part of various targeted outreach activities under POSHAN Maah 2021, under the Central Government’s Poshan Abhiyaan. She is in Mumbai, as a part of various targeted outreach activities under POSHAN Maah 2021, under the Central Government’s Poshan Abhiyaan. The minister also distributed nutrition kits and fruit baskets to pregnant women, lactating mothers and children suffering from Severe Acute Malnutrition (SAM).

Irani also inaugurated a Digital Guddi Gudda Board at the ICDS premises. The board will be used for updating, monitoring and giving visibility to birth statistics, under the Beti Bachao Beti Padhao initiative. It will also display information and educational material on the scheme and thus acts as a medium for advocacy and information. The board is a digital innovation, conceived by Jalgaon District of Maharashtra, under Beti Bachao Beti Padhao. Meanwhile, around 100 Congress workers staged protests and asked why the Union minister was silent on the gas cylinder price hike.

Commenting on the protests, state BJP’s chief spokesperson Keshav Upadhye said, “Congress has lost its credibility and it is ironic that such a party is protesting against a Union minister. Today, CM Uddhav Thackeray has told everyone to keep away from political protests and at the same time, one of the parties in power is protesting.”