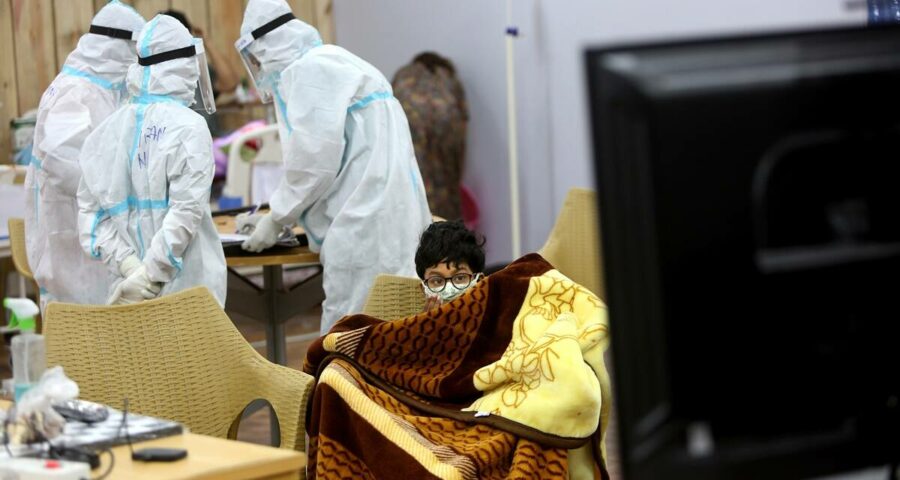 Sir Ganga Ram Hospital sees 52 cases in a month; doctors emphasise that this condition is something parents should “be aware of and not be afraid”. Over the last month, several hospitals across Delhi have reported cases of multi inflammatory syndrome in children (MIS-C) as a post-Covid complication, though city pediatricians emphasise that affected children have responded well to treatment.

According to the Lancet, the factors that trigger the condition are not yet known but it is thought to be a rare immune overreaction that occurs approximately four to six weeks after a mild or asymptomatic SARS-CoV-2 infection. The symptoms include fever for three days, rash, eye infection and gastrointestinal symptoms like diarrhoea, stomach-ache and nausea. In very rare cases, the condition can lead to multi-organ failure.

Earlier this month, Sir Ganga Ram Hospital set up a dedicated ward for children affected by MIS-C. Dr Dhiren Gupta, pediatric intensivist at the hospital, said that the hospital has seen 52 patients with the disorder in the last three and a half weeks.

“We’ve seen a large number of cases because we get a lot of referrals from other hospitals but the number of cases coming has reduced this week and most have been discharged after treatment, so there are currently 5-6 cases… Most of the cases we’ve seen are from the age bracket of 4-16… The inflammation had led to cardiac issues in 70%, abdominal and gastro-intestinal issues in 50%, brain issues such as encephalitis in 20% and two patients had nerve paralysis. These were the major issues we observed and blood pressure was down in almost 80%,” he said.

He said that there has been an “unprecedented rise” compared to before the second wave, when the hospital had seen around 120 cases over the span of six months.

Dr Anurag Aggarwal, professor Pediatrics at Maulana Azad Medical College, emphasised that this condition is something parents should “be aware of and not afraid”. “These cases are across Delhi and all major hospitals are recording MIS-C, however there have not been many mortalities… What parents need to do is report to a pediatrician if a child has fever for more than three days within six weeks of recovering from Covid or of someone in the household recovering from Covid,” he said.

Dr Bharat Mehra, consultant Pediatric Intensive Care at Max Shalimar Bagh, also warned against jumping to diagnosing children with MIC-S. “When a child presents with Covid antibodies, there is a bias to see their symptoms through this spectrum. Given the wave, lots of children will present antibodies and children have fever with rashes in several viral infections. MIS-C needs to be arrived at after excluding common common causes. At our hospital, in one out of five children who were referred to us, we found it was actually something else, such as typhoid… This is a pattern that has been seen in different parts of the world following a Covid wave, and mass vaccination is the best road to prevention,” he said.

Dr Nameet Jerath, Pediatric Intensive Care specialist at Apollo Hospital, said that there are various degrees of inflammation from mild to severe with MIS-C. “In mild cases, the children don’t even need to come to the hospital but serious cases require hospitalisation. Long fever post-Covid is also a form of it. At Apollo, we’ve had 25-30 children in the ICU. Most of the cases have been among children between 8-14 but there have been cases as young as one year old… This is the body’s innate immunity response. Young children have less active immunity so this is their immunity going haywire,” he said, stating that the number of cases have been reducing in the last five days.

Doctors flagged a few other post-Covid complications as well. “MIS-C is rare and we’ve seen around seven cases, of which two required intensive care but all have responded well to treatment… Kawasaki Disease and MIS-C have a fine distinction from each other and the former is seen in children below five years of age. Earlier, we would see one Kawasaki case in six months but we have seen four cases in the last month. Apart from that, we have also seen lots of children coming in with gastro-intestinal issues like diarrhoea and vomiting with no identified infections but with a recent Covid history,” said Dr Rahul Nagpal, Director Pediatric and Neonatology at Fortis Hospital Vasant Kunj.