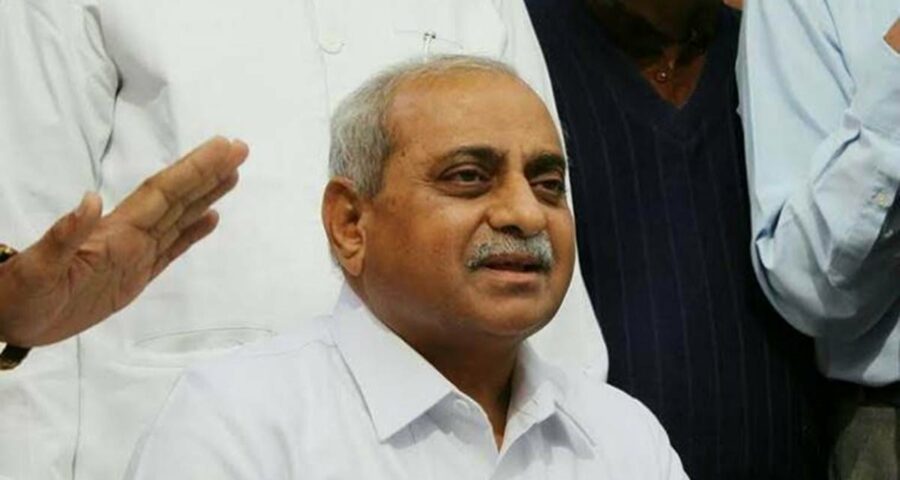 Gujarat Deputy Chief Minister Nitin Patel on Friday said that Sardar Vallabhbhai Patel, the country’s first home minister, who built the Somnath temple will be remembered, while Jawaharlal Nehru, the first Prime Minister, who “remained secular” has begun to “fade” from public memory.

“Sardar Vallabhbhai constructed the Somnath temple. He became immortal after doing good work. Jawaharlal Nehru never constructed a temple. He remained secular (Bin-sampradayik) and slowly his began to fade (from public memory). Nobody remembers him. But if one visits Somanath, we remember Sardar Vallabhbhai Patel. So some things are connected with time,” said Patel while addressing a “Nidhi Samarpan Samaroh” held at Mahalaxmi Society in Paldi by Vishwa Hindu Parishad (VHP).

The event was held to begin collecting donations for building the Ram temple at Ayodhya in Uttar Pradesh.

Patel further said that industrialist Jagal Kishore Birla will be remembered because he made a temple- Birla Mandir in Delhi.

“Everybody remember Birlaji. Why? He made a temple. He might have made other things, but had he not made the temple, he might have been forgotten with time.”

He also pointed out how the world’s tallest statue built by Prime Minister Narendra Modi – Statue of Unity in Kevadia — is attracting thousands of tourists to Gujarat.

In his speech, Patel also spoke about the issue of “love-jihad”.

“Why do we have to bring laws (to counter) love jihad. Why do our sons and daughters venture out of our culture. Why do people of other religion keep an evil eye on our girls. This is a matter that needs contemplation. At this time, we can do many things. We are trying as well,” Patel said.

He later told mediapersons that representations have already been made before Chief Minister Vijay Rupani to bring a love-jihad law similar to the one in Uttar Pradesh and Madhya Pradesh.

“Some narrow minded people who think that nobody should survive in the world except them; those who think their religion should be the only surviving one in the world; this will not work any day. Till the time there is Mother India and the saffron flag exists, nobody has the strength to remove ‘bharatiya sanskriti’ from the world,” Patel further said.

Patel also named some initial contributors who gave contributions for the Ram temple. He said Surat’s diamond tycoon and head of Shree RamKrishna Exports Pvt Ltd, Govind Dholakia donated Rs 11 crore and came all the way to Ahmedabad with his family to attend the first event organised for the purpose.