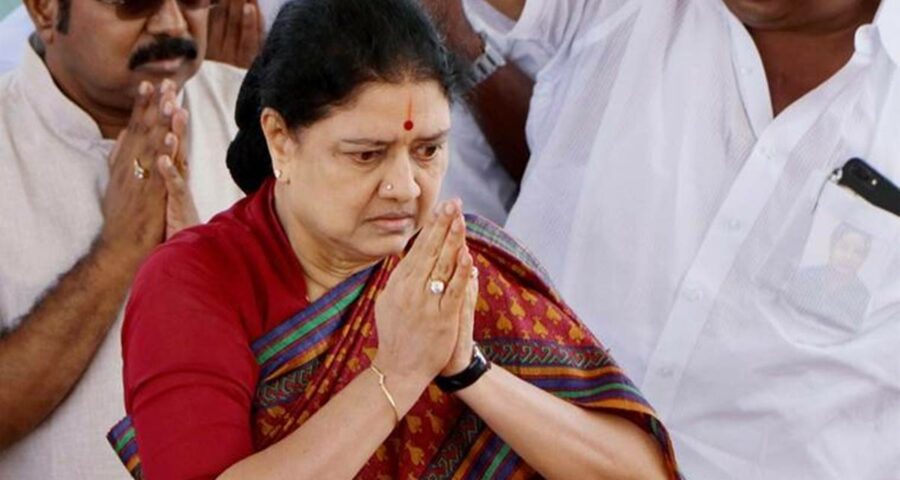 A health bulletin issued by the BMCRI on Monday morning stated that she was conscious, alert and well-oriented. With her symptoms reducing, she is walking with support, sitting comfortably and consuming oral food normally. A health bulletin issued by the BMCRI on Monday morning stated that she was conscious, alert and well-oriented. With her symptoms reducing, she is walking with support, sitting comfortably and consuming oral food normally.

Sasikala, 66, who was a close aide of former Tamil Nadu Chief Minister J Jayalalitha was shifted to the hospital on Wednesday after her blood oxygen dropped to less than normal level and she complained about fever, cough and breathlessness. She was diagnosed with a severe acute respiratory illness (SARI), and initially had tested negative for COVID-19. A CT Scan, later, showed that she is positive.

Dr C.R. Jayanthi, Director-cum-Dean of BMCRI, said in a press release that Sasikala was being continuously monitored in the ICU. Her pulse, blood pressure, and respiratory rate were said to be normal. Her oxygen saturation on Monday was 98% with three litres of oxygen. Her blood sugar level is 205 and she is being administered insulin. Sasikala is cooperative for treatment and is being continuously monitored,” Dr C.R Jayanthi said.

Meanwhile, Sasikala’s sister-in-law J. Ilavarasi, who was admitted to a dedicated COVID-19 facility at Victoria Hospital, is asymptomatic and stable. She is being also treated as per standard treatment protocols.

Sasikala is serving a four-year prison term in a disproportionate assets case. According to her lawyers, she was set to walk out of the prison on January 27, 2021. Earlier Sasikala’s lawyer Raja Senthoor Pandian told indianexpress.com that there won’t be any change in her release date. “Sasikala was taken to the hospital by prison authorities and she didn’t come on any parole to postpone her release date,” he added.

The case of Sasikala pertains to the amassment of disproportionate assets to the tune of Rs 66.65 crore during J Jayalalithaa’s tenure as Chief Minister of Tamil Nadu from 1991-1996. In September 2013, a special court convicted Jayalalithaa to simple imprisonment of four years. She was slapped with a Rs 100-crore fine and forced to step down as the Chief Minister. The three co-accused – VK Sasikala, VN Sudhakaran, and J Ilavarasi were also convicted. They were awarded a fine amount of Rs 10 crore each.

Jayalalithaa challenged the conviction in the Karnataka High Court, which acquitted her of all charges. However, in 2017, the Supreme Court upheld the special court verdict convicting all four of them. Charges against Jayalalithaa were abated in view of her death on December 5, 2016.