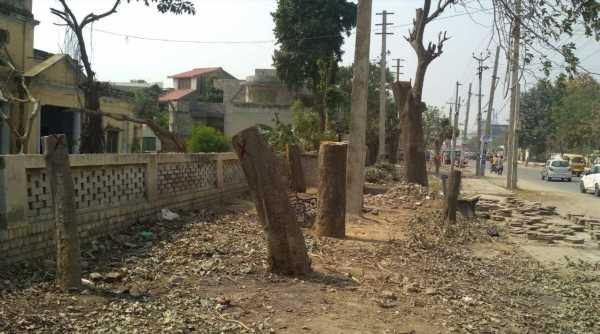 For months, the residents of Sangrur have been protesting against the axing of trees by PWD for a road-widening project. 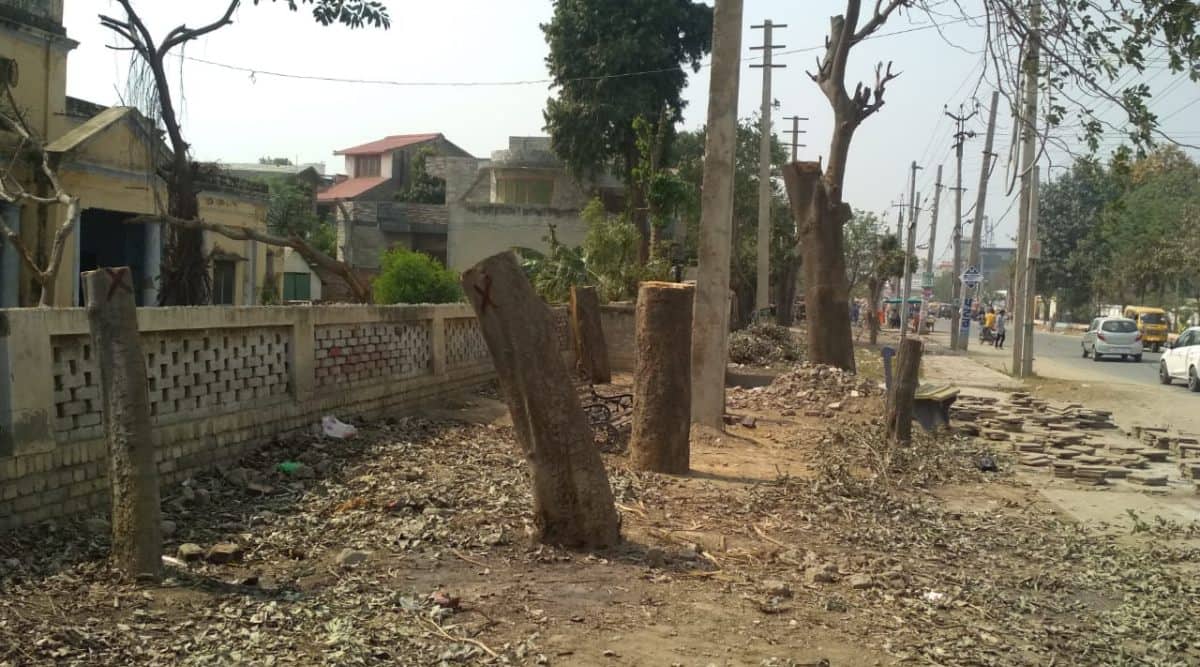 The National Green Tribunal (NGT) in an order has directed the Punjab Chief Conservator of Forest, Head of Forest Force to look into the alleged illegal felling of trees in Sangrur city and take remedial action at the earliest.

A bench of the green tribunal passed the order after hearing a plea of city resident Jasinder Sekhon, who had moved an application against the Punjab government, alleging that trees were being axed in Sangrur without any legal sanctions.

Sekhon in her application submitted that the Punjab Works Department (PWD) of Punjab and the Municipal Council of Sangrur had cut trees on the road between Phuarra Chowk (now known as Valmiki Chowk) to Kali Mata Mandir ‘without following due process of law’.

‘…the application is disposed of… with a direction to Punjab Chief Conservator of Forests, Head of Forest Force to look into the matter and ensure remedial action against illegal cutting of trees…,’ reads the order.

For months, the residents of Sangrur have been protesting against the axing of trees by PWD for a road-widening project. The protesting residents have claimed that fully grown trees have been chopped even when they were not causing any hindrance to the road project.

On March 14, residents of Sangrur had also gathered at the spot where trees were felled and observed a minute’s silence to protest against what they termed as ‘merciless massacre’ of trees.

Sekhon, in her plea, claimed that recently, the PWD had cut 27 fully-grown trees on Kali Devi Temple Road, with more than 300 other trees at different locations having been axed in a similar way in the past three years in Sangrur city. The authorities, however, have failed to provide any valid justification for the same.

“At least 27 fully-grown trees have been axed on Kali Devi temple road in Sangrur. All these trees were at least 35-40 years old and fully grown. The PWD did not take any permission for the same and nor did they provide any valid justification for their actions,” said Sekhon.

“Sangrur, once known as the ‘city of gardens’, was known for its green cover and was built by the erstwhile Maharaja of Jind on the lines of Jaipur. It is heartbreaking to see how old trees of the city are being felled mercilessly in the name of road-widening projects. Sangrur is being turned into a concrete jungle and there is no sensitivity towards the environment,” said Sekhon.

Protesters further said that it has been three years since they had been fighting to save the city’s green cover.

“Trees are being chopped without following due process or without any valid justification. PWD has taken over the roads in the city for 3 years and destruction is being done in the name of development,” said Hardarshan Kaur Grewal, one of the protesters.

“In the past too, it was only after residents went to NGT and fought that heritage trees on telephone exchange roads were saved,” added Sekhon.

Ajay Garg, sub-divisional officer (SDO), PWD, confirmed that 27 trees on Kali Devi Temple road were chopped for a road-widening project, while stating that the trees had been felled after getting all required permissions. “It was done because there was no other way. After those 27 trees, not a single tree has been cut on that road. All these allegations are baseless,” he added.