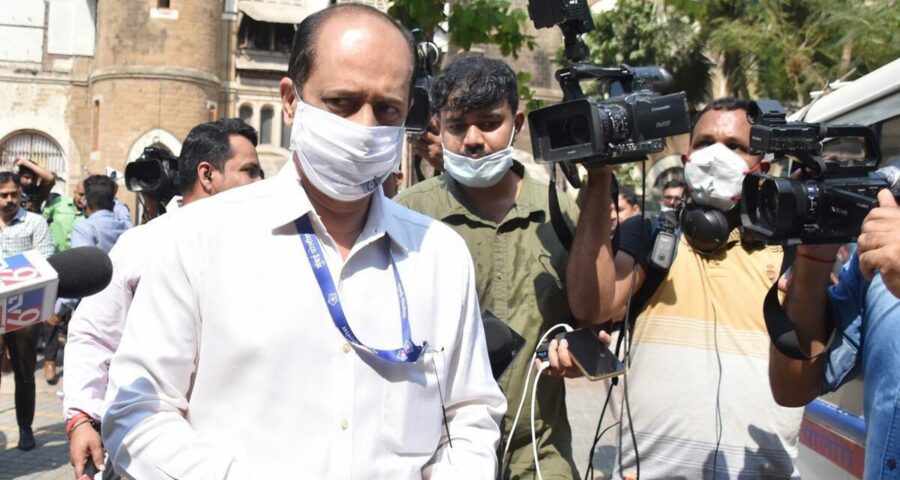 The ATS chief also said that they learnt that there were instances when Waze had destroyed evidence like CCTV footages to disrupt investigators in the murder case. The Maharashtra Anti-Terrorism Squad has said that a day after a case of murder, conspiracy and destruction of evidence was registered by the agency over Mansukh Hiran’s death, assistant police inspector Sachin Waze was questioned on March 8 and he denied the allegations levelled by Hiran’s wife. During questioning, he had also said that the Scorpio – found with explosives near Antilia — was never in his possession and that he did not know Hiran.

Hiran was found dead in a creek at Mumbra on March 5 and subsequently a case was registered by the ATS on March 7.

Addressing the media on Tuesday, Additional General of Police Jai Jeet Singh said they had registered the case on the statement of Vimla, Hiran’s wife. Accordingly, Waze was called for questioning on March 8, but he refused to acknowledge that he knew Hiran.

“He had said that he had no relation to his death. But we had suspicion that he had given a false statement, accordingly we conducted our investigation and got evidence against him,” said Singh.

The agency has recorded the statements of several witnesses, and many of them have agreed to give statements in front of the magistrate.

The ATS chief also said that they learnt that there were instances when Waze had destroyed evidence like CCTV footages to disrupt investigators in the murder case.

ATS officials said that on Waze’s instructions, Naresh Gaur, a cricket bookie, had procured SIM cards illegally from Gujarat and passed them on to another arrested accused, Vinayak Shinde, a former police constable. Shinde had then given the SIM cards to Waze, and 14 SIM cards were used to communicate during the whole crime.

The ATS on Tuesday seized a Volvo car from Daman, which was in possession of a businessman. The businessman, a resident of Daman, had bought the car from a middleman named Ibrahim two years ago. But the businessman was yet to transfer the ownership of the car, due to which it remained in the name of another person who is in the construction business.

“The businessman, who deals in automobiles, was detained for questioning, and we learnt that the businessman and Waze are close friends. They were also business partners in a company and both Waze and he resigned a few months ago,” said an officer.


The officials said that Waze had taken the seized Volvo car from the businessman many times for his personal use. The ATS officials suspect that the car may have been used to kill Hiran.