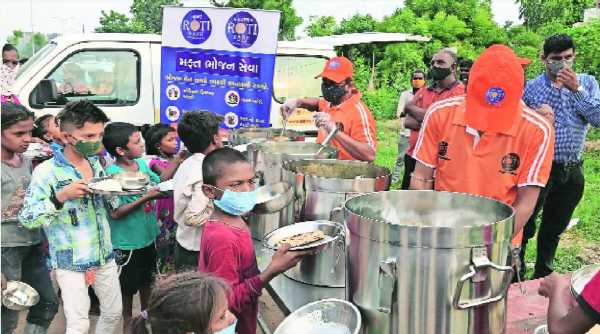 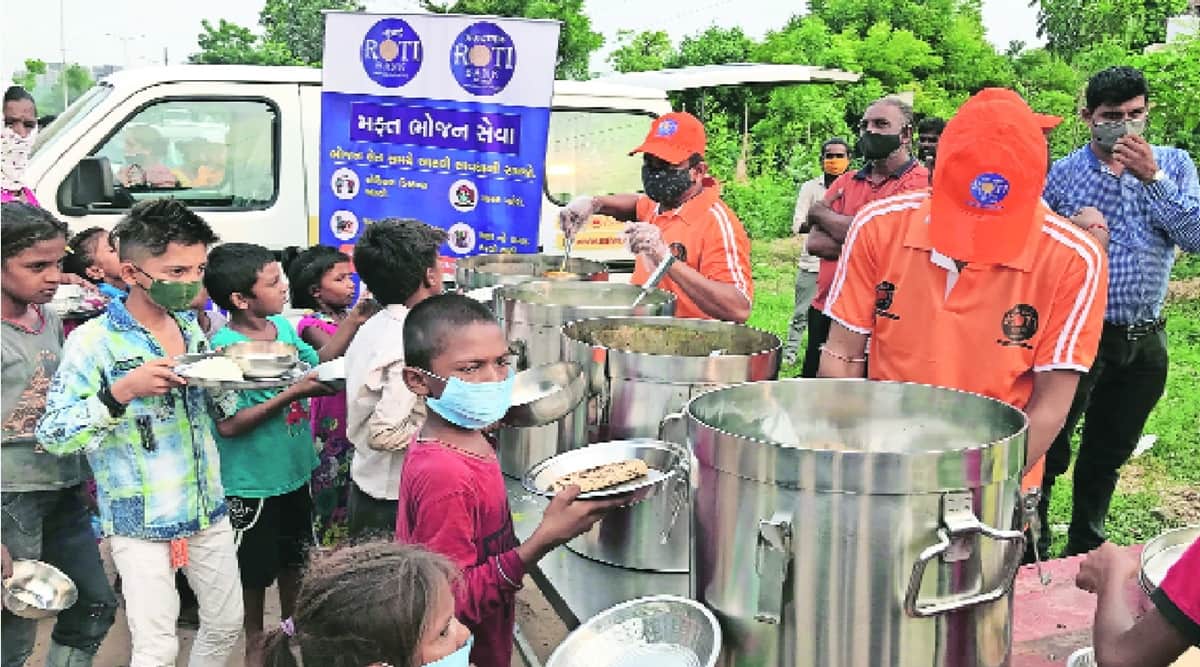 On Wednesday, as many as 250 children, women and men lined up outside their shanties near YMCA Club in Ahmedabad for a sumptuous meal provided free of cost in a joint initiative by retired IPS officers, philanthropists, and a hotelier to feed underprivileged persons.

“The initiative of Roti Bank that began in Mumbai has now been launched in Ahmedabad as well. This has been brought forward by former IPS officers who have also helped a lot of people during the second wave of Covid in Gujarat. I pray that young children benefit the most from this initiative and study hard to break the poverty and earn for themselves,” said Amin at the event.

“This initiative is completely voluntary and started by the citizens of Ahmedabad so it is necessary that we ensure it is not shut in the coming days. I appeal to donors to keep contributing to the initiative so that not just food but health and financial stability may also be introduced in the lives of the underprivileged,” said Shukla.

Brij Mohan Sood, founder of Shree Sai Women and Children Welfare Trust told The Indian Express, “Our organisation was already working for the underprivileged during the second wave of Covid. We were contacted by retired IPS officer Keshav Kumar who suggested that a citizens’ initiative on the lines of Mumbai Roti Bank can be introduced in Ahmedabad. He spoke to Sivanandhan IPS (Retired) of the Maharashtra Police, who is the managing trustee of Mumbai Roti Bank, and they connected us with him. Our aim is to provide food to 1,000 people per day by the end of this month.” While Sood’s organisation is entrusted with the distribution of food, cooking is done at the central kitchen of Vinnca Hotel in Ahmedabad, owned by former journalist and hotelier Snehal Kulshreshtha.

Keshav Kumar, who retired as Director of Anti Corruption Bureau said, “Preparations took one-and-a half months and then a memorandum of understanding was signed between Mumbai Roti Bank and Shree Sai Women and Children Welfare Trust.”