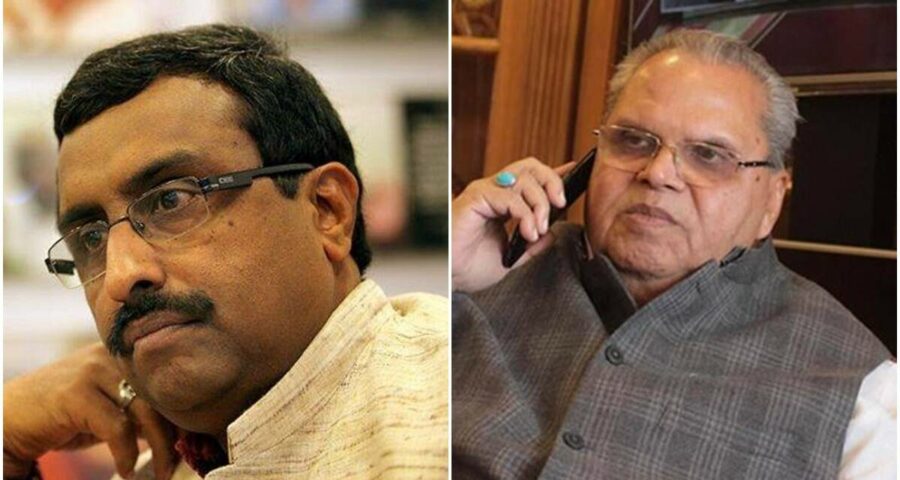 Madhav, who is currently a member of the national executive of the RSS, said allegations levelled by Malik, who had served as governor of J&K from August 2018 to October 2019, should be probed. 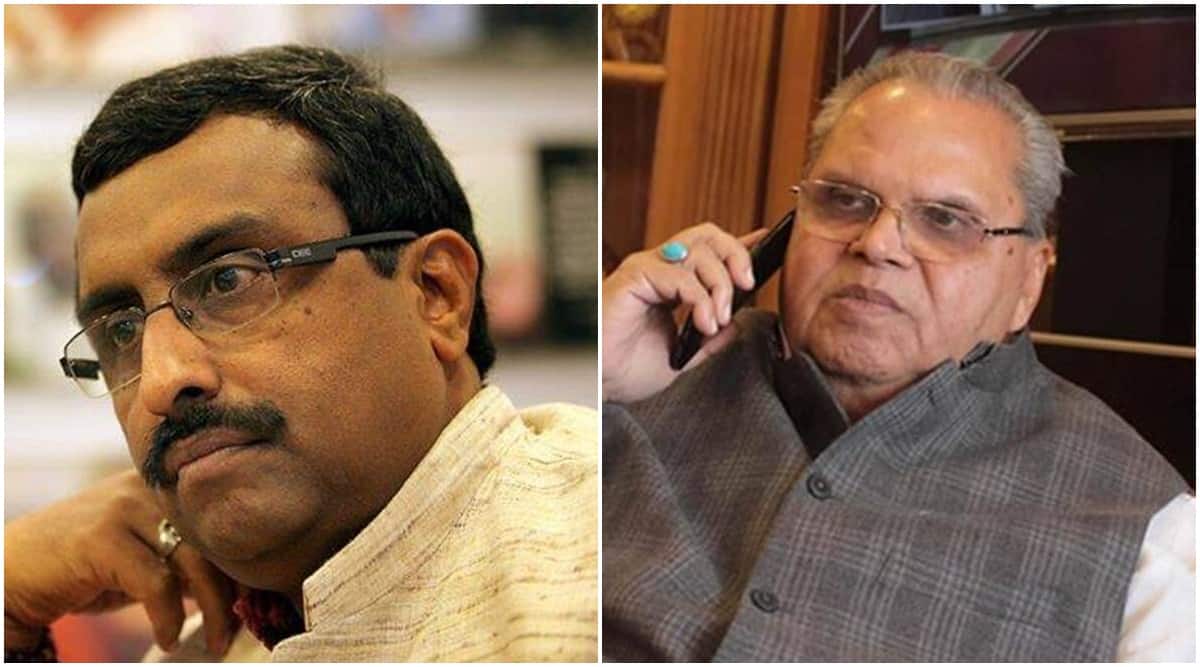 Rejecting Meghalaya Governor Satya Pal Malik’s allegations that he was offered Rs 300-crore bribe if he cleared two files belonging to “Ambani” and a “senior RSS functionary” during his tenure as Jammu and Kashmir (J&K) governor, Ram Madhav, a senior RSS leader who had also served as BJP incharge for J&K, on Sunday demanded that these allegations as well all the deals finalized or cancelled during Malik’s tenure as J&K governor and the officer who approached the governor with the bribe offer should be investigated.

“Meghalaya Governor Satya Pal Malik has indirectly levelled allegations that there was a file in my name in Jammu and Kashmir and that there was some talk about paying money in that respect. Such type of allegations are trash and false. There doesn’t arise a question at all of there being a file in my name or at my behest. This is a false allegation,” Madhav said while interacting with journalists in Rajkot on Sunday.

Madhav was in Rajkot on Sunday to promote his recently published book “The Hindutva Paradigm”. He talked about his book at an event organised in the city.

Madhav, who is currently a member of the national executive of the RSS, said allegations levelled by Malik, who had served as governor of J&K from August 2018 to October 2019, should be probed. “I want these allegations to be probed. There should be a good investigation into the movement of files at that time and deals finalised as well as those cancelled. Let there be an investigation into the allegations as well since so far as my knowledge of governors goes, no officer will go to a governor and tell him if the former signs this files,” said Madhav.

He also demanded that the officer who allegedly made the bribe officer to the then governor should also be investigated and that Malik should also clarify his position.

“Who had made him (the officer) the offer of Rs 300 crore? And if he has gumption to go to the governor and make the offer to him, what is the position of the governor? I want all these aspects investigated” the RSS leader added.

Malik had levelled these allegations while addressing a “public meeting” in Rajasthan on October 17.

But Madhav hit back demanding, all deals, either sealed or cancelled, should be investigated and that he would take legal recourse in this matter.

“So far as he attempting to indirectly point a finger at me by repeatedly referring to ‘one RSS functionary’ is concerned, I shall explore what can be legal remedy for this, once I return to Delhi. We shall certainly initiate legal action but I also want (probed) all the deals of his time, as he is saying that he cancelled two of them. Why were they cancelled. If the government had finalised some deal there should be an investigation into reasons for which they were cancelled? I don’t know what deals he is talking about, but let there be an investigation into those deals,” Madhav repeated.