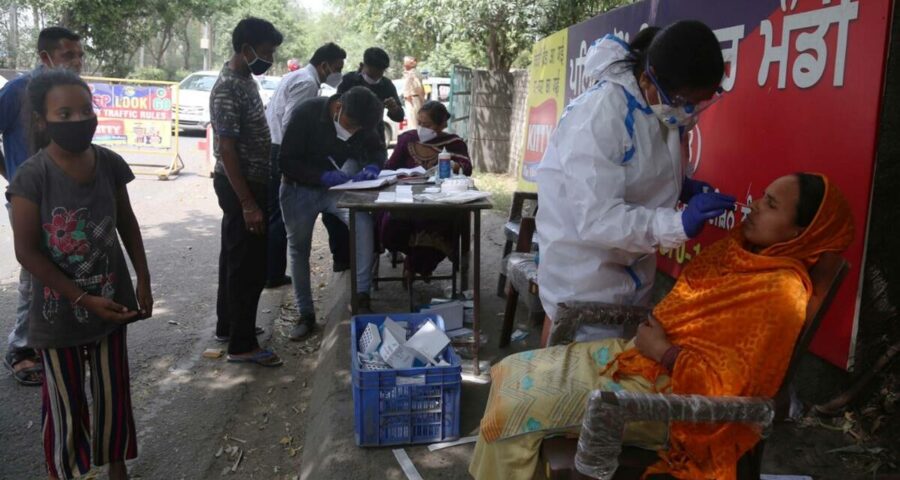 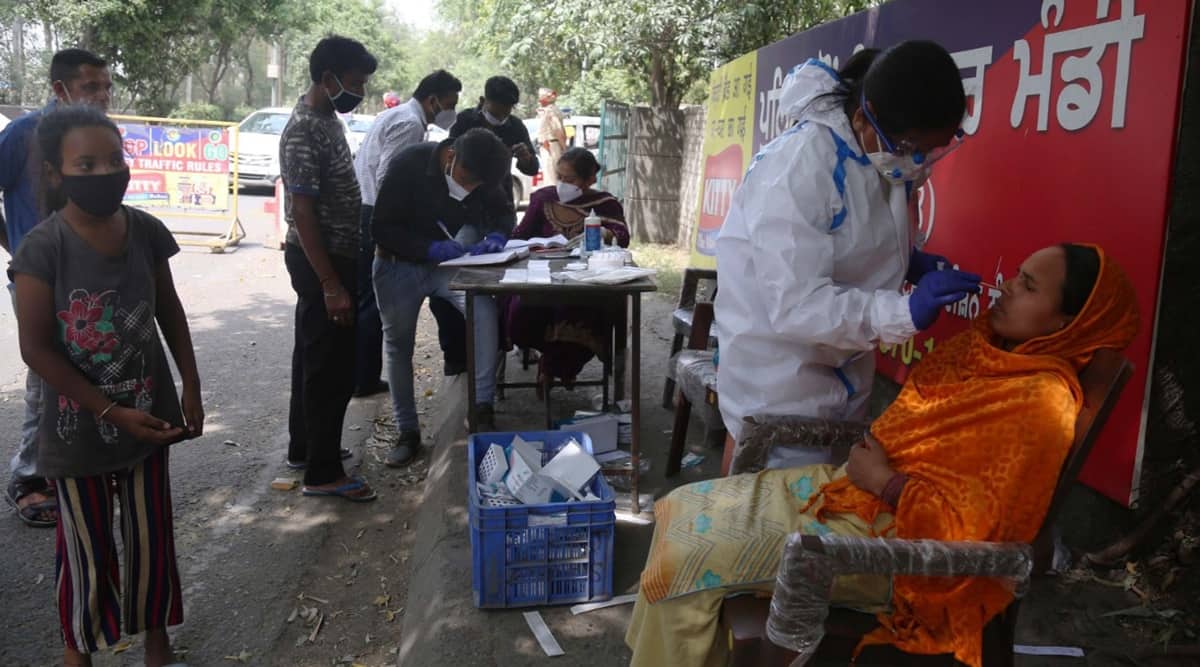 As Covid cases continue to rise rapidly across the country, including Punjab, Chief Minister Captain Amarinder Singh on Monday ordered stricter restrictions beginning tomorrow, including an extension of night curfew timings (8 pm to 5 am), closure of all bars, cinema halls, gyms, spas, coaching centres, sports complexes. Restaurants and hotels will be open only for takeaway and home delivery from Monday to Saturday.

Rates for RT-PCR and Rapid Antigen Testing (RAT) by private labs have been reduced to Rs 450 and Rs 300 respectively (with additional charges for home collection of the samples), in a bid to promote increased testing.

The new restrictions, which also include closure of all malls, shops and markets on Sunday, coupled with the ones imposed earlier, will remain in effect till April 30, announced the Chief Minister. He directed the Police department to strictly enforce the restrictions, taking support of civil society organisations where needed. All weekly markets have also ordered to be shut down.

Chairing a high-level virtual meeting to review the Covid situation in the state, Singh also ordered that all people flying into Punjab should have a negative RT-PCR not more than 72 hours old, else they would have to undergo RAT testing at the airport.

He also ordered that people who have attended large gatherings anywhere (religious/ political/social) to be mandatorily home quarantined for 5 days and get tested as per protocol.

The Chief Minister directed the transport department to restrict the number of people in buses/taxis and autos to a 50 per cent capacity.

He further said military hospitals in cantonments had assured the state government of all possible help to tackle the surge, while private hospitals had already been directed to reserve 75% beds for Covid patients.

While reviewing the situation in private and government hospitals, the Chief Minister directed 75% reservation of L-3 facilities for Covid in all private hospitals providing critical Covid care.

He said no elective surgeries should be conducted in any government or private hospitals till May 15 and all OPD patients must be tested, besides encouraging them to get vaccinated.

Private hospitals will be supported in the supply of essential medicines such as Remdesivir, Tocilizumab etc, for which MD, PHSC shall be the nodal officer. All elective surgeries in medical colleges also stand postponed for now.

The containment/micro-containment strategy was left to the DCs to decide, depending on the situation in their respective zones or areas.

The Chief Minister ordered a ramp-up of tracing, and directed for recruitment of manpower if needed, to handle the emergency situation. Health Minister Balbir Sidhu informed the meeting that DCs have been given Rs 1 crore each from SDRF for emergency use.

Chief Secretary Vini Mahajan said police personnel are being placed at the disposal of the Health Department, along with Education Department personnel including teachers, for more aggressive tracing of contacts of Covid positive persons.

Health Secretary Hussan Lal, in a presentation, said the state’s positivity rate was stasis at around 7.8% but had shown a quantum jump thereafter, going up to 12.6% as of April 15, with Mohali being the worst hit at 36.53%.

The spike, he said, could be attributed to the new variant, along with people coming back from large gatherings from outside Punjab.

The figure was expected to go up further with more testing, he said, adding that by 5th of May, the state was projected to report 6000 cases a day if urgent measures were not implemented in districts of Ludhiana, SAS Nagar (Mohali), Jalandhar, Amritsar and Patiala, which would be the drivers of the spike.

Dr KK Talwar, head of the Covid expert task force, said more restrictions were needed to check further surge, as the situation was worrying, given the way things unfolded in Delhi, and with the virus clearly mutating.

The strain seemed to be more aggressive, though it was still not known whether it was a double mutant or something else, he added.

DGP Dinkar Gupta said the entire force was being mobilised to enforce stricter measures, while contingency planning was being done to ensure that the department remains on top of the situation.

Police nakas were being set up around malls and wedding palaces to check any violation of Covid restrictions, he said, adding that as many as 600 Covid monitors had been installed.