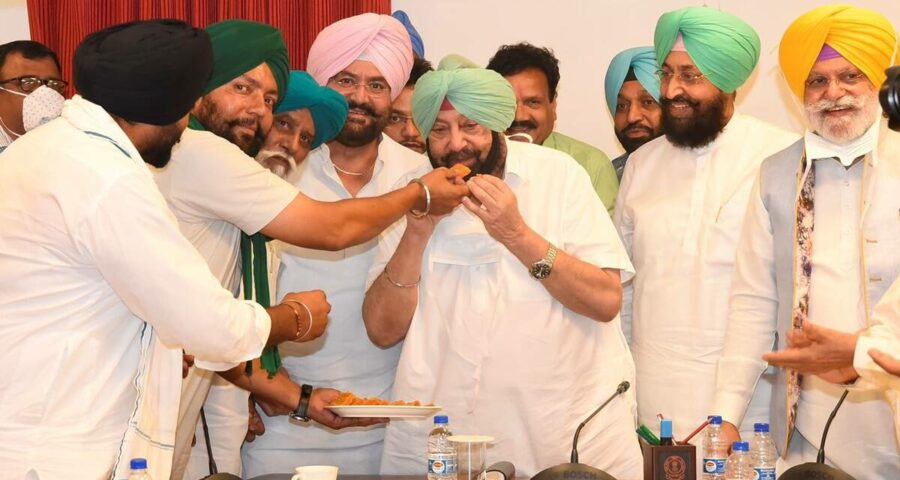 The demand for seeking replacement of the CM has pushed the Punjab Congress into a fresh crisis. It also indicated that the party's recent efforts to quell dissent in the state unit with Sidhu's appointment have come a cropper. A day after raising a banner of revolt against Punjab Chief Minister Amarinder Singh, four cabinet ministers on Wednesday are set to hold a meeting with AICC general secretary Harish Rawat in Dehradun.

After meeting Rawat, they are expected to go to Delhi, the sources said.

These ministers, known detractors of Amarinder Singh, and around two dozen legislators on Tuesday had held a meeting here and sought replacement of the chief minister, saying they have “lost faith in him” over the issue of unfulfilled promises.

They had questioned the ability of the CM in honouring the unfulfilled poll promises such as delay in justice in desecration of a religious text in 2015, arrest of “big fish” involved in drug rackets and scrapping power purchase agreements.

They also said that they would meet Congress president Sonia Gandhi to apprise her of the sentiments prevailing in the party.

They had held a meeting amid severe criticism of two advisers of Punjab Congress Chief Navjot Singh Sidhu for making controversial remarks on sensitive issues like Kashmir and Pakistan.

The demand for seeking replacement of the CM has pushed the Punjab Congress into a fresh crisis. It also indicated that the party’s recent efforts to quell dissent in the state unit with Sidhu’s appointment have come a cropper.

Bajwa, who is leading the disgruntled group of leaders, on Tuesday, had said they would seek time to meet the Congress president and apprise her of the political situation.

He had also said “drastic” steps need to be taken and if there is a need to change the chief minister, then it should be done.

When asked if an attempt was being made to oust the chief minister, Bajwa had told reporters it’s not an attempt but the demand of people.

Bajwa had alleged that a perception has gained ground in Punjab that Amarinder Singh and the Shiromani Akali Dal have “colluded” with each other. Bajwa, Channi, Randhawa and a few legislators on Tuesday had also met Sidhu.