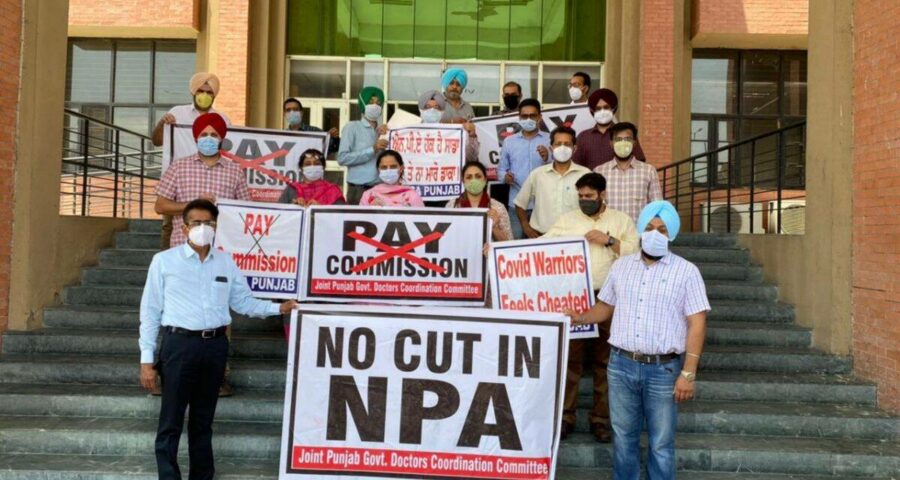 On Wednesday, the doctors also submitted memorandums to Deputy Commissioners across the state in order to lodge their protest. 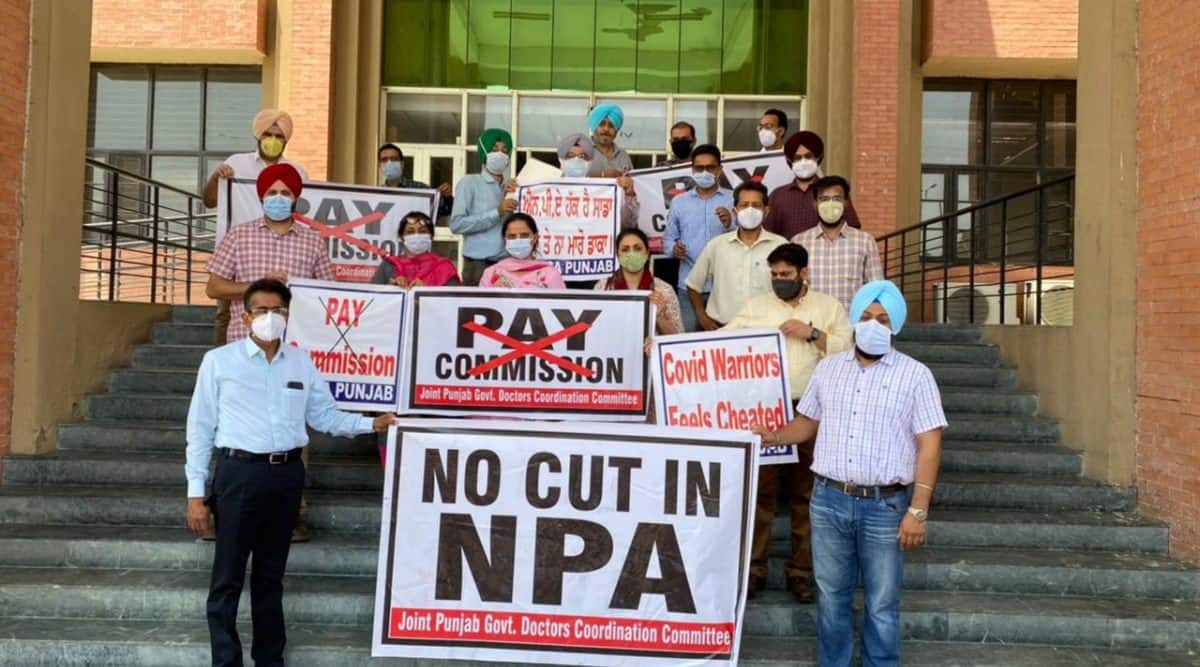 The joint forum of government doctors on Wednesday threatened to go on a strike on June 25 to protest the reduction in non-practicing allowance under the Sixth Pay Commission.

“It is perhaps for the first time that all the government doctors practicing different disciplines have joined hands to protest for a common cause,” said Dr Gagandeep Singh, president of Punjab Civil Medical Services (PCMS) Doctors Association, Punjab. He added, “Earlier our non-practicing allowance used to be 25 of our basic and it was a part of our basic salary. However, the Sixth Pay Commission, which aims to better our pay scales, has reduced this to 20 per cent of our basic salary and also has delinked non-practicing allowance from basic salary. This will reduce our salary. Hence, at a time when we should have been given an extra allowance for working hard as Covid warriors and helping the administration tackle the pandemic, they have decided to reduce our pay.”

On Wednesday, the doctors also submitted memorandums to Deputy Commissioners across the state in order to lodge their protest.

Dr Rohit Rampal, a member of PCMS association from district Ludhiana said, “They have delinked out non-practicing allowance from basic salary, which means that all our future incentives, increments will also be less since all increments and incentives are determined on the basis of basic salary. Our pensions will also take a hit.”

Dr Ranjit Rai, ENT specialist at Mansa, who worked without taking any leaves last year to collect samples of suspected Covid patients said, “We want non-practicing allowance to be enhanced to 30 per cent, doctors should be given a special allowance for their fight against Covid and it should be linked with basic salary as before. ”

Meanwhile, the doctors earkier had decided to go on a one-day strike on June 23. But later, they pushed back their strike date to June 25 after state health minister Balbir Singh Sidhu had sought two days to sort out the issue. Dr Gagandeep said, “If the talks fail, we will go on a day-long strike, and no Covid sampling will be collected as well. ”

“Doctors from medical colleges have also extended their support for the strike,” said Dr Rohit.

Inderveer Singh Gill, secretary of PCMS doctors association said that the entire medical system will come to a halt if the joint forum goes on a day-long strike. “Non-practicing allowance is a component of the salary of homeopaths, unani, RMOs and even veterinary doctors posted in government departments and hence they are also part of this protest,” Gill said.