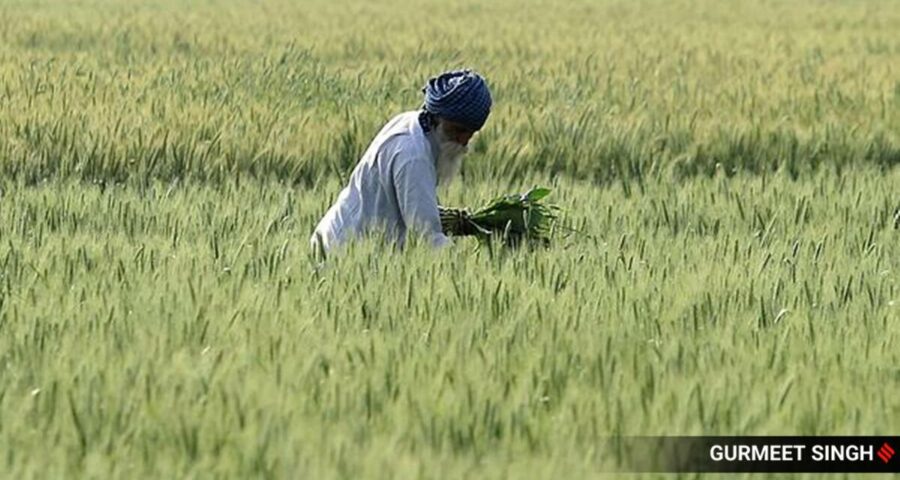 With final Budget allocation for 'debt waiver', Punjab government could achieve just 58 per cent of target, which comes to around 6% of total debt. ON MONDAY, Punjab Finance Minister Manpreet Badal said that the state government, under its flagship crop loan waiver scheme, had announced that it would be waiving loans worth Rs 1,186 crore of 1.13 lakh farmers.

The finance minister also said that the government has already waived debts amounting to Rs 4,624 crore of 5.83 lakh small and marginal farmers under the scheme, which was launched in 2017. With Monday’s allocation, the total loan waiver of farmers will come to Rs 5,810 crore under this government.

The scheme had been a major poll plank in the run-up to the 2017 Assembly elections.

With the waiving of this amount, the state government will be able to achieve around 58 per cent of its target, which was Rs 10,000 crore, announced during its first Budget session in 2017, and around 6 per cent of the total debt on the farmers of the state.

Punjab’s farmers are cumulatively under a debt of around Rs 1 lakh crore. This includes loans from the banking and non-banking sectors.

In the run-up to the Vidhan Sabha elections, the Congress had used the slogan ‘Karza kurki khatam, fasal di puri rakam’ (debt and attachment of land abolished and full price of crop). It had also got farmers and farm labourers to fill debt-related forms. The farmers were under the impression that the entire loan would be waived.

However, when the Congress came to power in Punjab, it put several conditions and announced it would waive debt upto Rs 2 lakh of small and marginal farmers (having upto 5 acres of land) only, on March 31, 2017.

Bharti Kisan Union (Dakaunda) General Secretary Jagmohan Singh said that this budget — the last one by this government — had come with the main poll plank of waiving the debt of farmers, but the waiver amount is not even a drop in the ocean.

“It is cheating as the government had shown farmers dreams of waiving their entire debt, but after coming to power various conditions were introduced and the entire amount came to nearly Rs 10,000 crore, which was 10 per cent of the total debt,” said Jagmohan, adding that they had left farmers in the lurch.

The government at that time had said that on the basis of a report submitted by an expert group led by Dr T Haque, around 10.25 lakh farmers will benefit from this scheme. It had declared that crop loans to small and marginal would be waived, and relief of Rs 2 lakh would be given to the remaining marginal farmers irrespective of the loan amount.

The state-level bankers committee had informed the Punjab government that there were 20.22 lakh bank accounts of farmers (many have multiple accounts in different banks) with Rs 59,621 crore on March 31, 2017. Farmers also owe a huge amount to non-banking sectors like arhtiyas, private finance companies, money lenders etc.

The last farmers’ indebtedness survey for the 2014-15 agricultural year (July-June), sponsored by the Indian Council of Social Science Research and conducted by Punjabi University, Patiala, had shown that Punjab farmers had a total outstanding debt of Rs 69,355 crore. The experts said it has now gone up to around Rs 1 lakh crore after including debt from non-institutional bodies.

Experts said that even to waive off debt upto Rs 2 lakh for small and marginal farmers, around Rs 17,000-18,000 crore was required, but most of the small and marginal farmers, who took their loans from private money lenders, won’t qualify for any relief on this front simply because the government’s loan waiver policy does not cover private money lenders.

Retired professor Gian Singh from the economics department of Punjabi University, Patiala, who is also an expert on farming issues and has conducted several surveys and written books on farmers’ debt and other farm-related studies, said that as per their survey in seven districts of the state, around 40 per cent marginal and 30 per cent small farmers get loans from non-institutional sources.

Sukhdev Singh Kokri Kalan, general secretary of BKU Ugrahan, also said that this waiver would not help even 30 per cent of the farmers of Punjab when the Punjab government has not touched the Commission agents.

“The government could not even make a law to control the private money lenders who hardly maintain farmers’ debt records and have been looting them for decades by charging interest on the principal amount said another expert of the Punjab agricultural department, who did not wish to be named, adding that as per the Punjab Registration of Money lenders Act, 1938, every private money lender must be registered and should submit a report about the debt they give and interest they get back twice a year on June 30 and December 31 so that there are checks to detect those who are charging poor farmers a high rate of interest between 18 to 36 per cent.

“If the government puts a check on this practice, a large number of farmers may come out of the debt net,” the expert added.

The loan waiver announcement was also a major topic of discussion among farm labourers in villages as well as at the protest sites. A number of them recalled that a policy for waiving loans of landless farm labourers was framed in March 2019 and Cabinet had agreed to it as well. Now, allocation of Rs 526 crore is not a new thing in this Budget, they said.

“I remember an announcement about farm labourers done in 2019. Cabinet had approved the loan waiver of all those landless farm labourers who were members of Primary Agriculture Credit Societies (PACS) loan waiver of Rs 25,000 per head with simple interest of 7 per cent per annum was part of this policy and Rs 520 crore was calculated at that time, its implementation never happened till date and now yet another announcement with fund allocation which reached Rs 526 crore. This 6 crore is the only change, I think,” Mukesh Malaud, president of Zamin Prapati Sangrash Committee (ZPSC), told The Indian Express.

He said, “The major question is of implementation only, otherwise the announcement is an old one. They made a policy two years ago. So what is the new thing for which they are making claims in the budget?”

Punjab has a total of 7.5 lakh farm labourer families, as per data available with Punjab Khet Mazdoor Union (PKMU). Lachman Singh Sewewala, general secretary of PKMU, said, “Punjab has 31.94 per cent SC population as per the 2011 census and out of it a large number is of landless farm labourers as majority are of SC/BC communities. Hence, this vote bank has always been a target area for politicians. Earlier, there were talks of only loan waiver of farmers having landless than five acres and we were not even in the picture. Finally, a policy was framed in 2019, but it was never implemented. So now, less than a year is left for the 2022 Vidhan Sabha elections, and an announcement in the budget comes for loan waiver. Actual debt on farm labourers of Rs 9,500 crore and hence Rs 526 crore is a small fraction. However now our focus is to get even this one implemented at the earliest or we are ready for protests.”

“Many other demands of farm labourers have however not been addressed at all. These include the issue of Nazool Lands (Transfer) Rules, 1956, under which there are many anomalies and the majority SC families have not got the benefits of this land. Not only this, one third of panchayati land is to be given on annual lease to Dalits of a particular village and even this is done by creating dummy Dalit candidate. Atrocities against Dalits, many other issues are never addressed and a catchy statement is given in the name of loan waiver,” Malaud added.