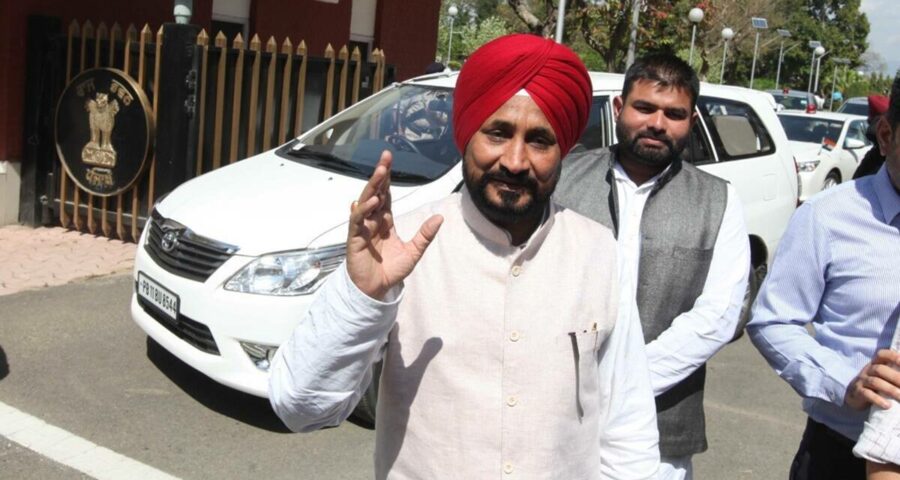 Political experts said that the CM's visit to Dera Ballan was a move to consolidate Dalit votes before the 2022 elections as socio-religious organisations, lik the big Deras, are religious in nature but also play an important role in the politics of Punjab with their committed followers. Newly-appointed Punjab Chief Minister, Charanjit Singh Channi, on Wednesday, visited the influential socio-religious social organisation of the Ravidasia community — Dera Sach Khand in Ballan village — in Jalandhar to pay his obeisance and announced the setting up of a Guru Ravidas Chair under the Dera.

Political experts said that the CM’s visit to Dera Ballan was a move to consolidate Dalit votes before the 2022 elections as socio-religious organisations, lik the big Deras, are religious in nature but also play an important role in the politics of Punjab with their committed followers.

“We will set up Guru Ravidas Chair under the patronage of this Dera on a 101-acre site. We will have to assess how much land is available with us near the Dera to set up the Chair. But the government is determined to set it up and will also provide management the expenditure of that Chair for the next 10 years,” said CM Channi, while addressing the people at Dera Ballan, adding that under this Chair research and analysis of Guru Ravidas’s teachings and work will be done.

Channi added that the government had also decided to set up a Dr BR Ambedar Museum at Punjab Technical University (Kapurthala).

While focusing on the need for education, the new CM took a jibe at the ‘Atta Dal’ scheme, which was launched by the previous SAD-BJP government and continued by the current Congress government, and said that education was our basic need, without which poverty cannot be eradicated.

“Atta Dal is not our demand. We are not only limited to that. We want to make our children educated and my focus would be on that. If a poor man’s son can become the CM then why can’t children of the poor reach the top posts,” he said.

He also said that people of all religions and communities will have to work together for the development of the state.

Sharing his story of becoming the Punjab CM, Channi said that he received a call from Rahul Gandhi, who told him that the Congress party is going to give him the top job in Punjab. “I asked Rahul Ji if he was certain about what he was doing. I didn’t think I was qualified enough to be the CM. But he assured me that I was the right person for the job. So, here I am by the grace of the Almighty, and I am really thankful to have reached here,” he said.

On Wednesday, the CM was accompanied by various Congress legislators and Deputy CM, Sukhjinder Singh Randhawa, during his Dera visit.

Before arriving at the Dera, the new CM also made maiden visits to various parts of the state and also landed at DAV University, Jalandhar. AT the university, Channi ditched his security detail to go meet the students, who had lined up to welcome him. He shook hands with them and was seen telling them that they were the future of the country and how immensely pleased he was to have met them. There was no programme scheduled at the university and the CM had made his way to the university just to meet and interact with the students and staff.

After his visit to Dera Ballan, the CM visited Kahtkar Kalan, the ancestral place of Shaheed-E-Azam Bhagat Singh, in Nawanshahr.