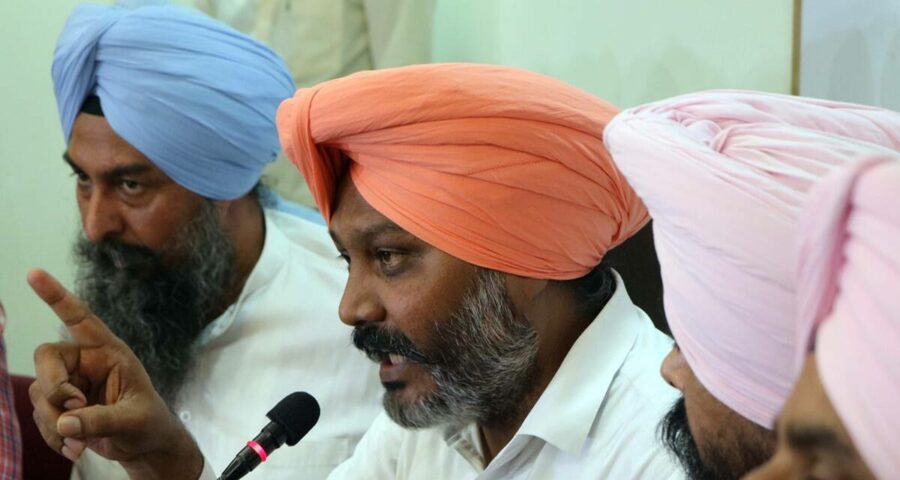 Leader of Opposition Harpal Singh Cheema said that Amarinder’s statement that he is looking for an alignment with BJP proves what AAP has been saying all throughout his tenure as CM. The opposition parties in Punjab termed former chief minister Capt Amarinder Singh’s press conference here Thursday as an “act of desperation” and a “damp squib” even as the BJP, expectedly heaped praise on veteran leader for “exposing Congress” and for his “efforts to resolve the farmers’ issues”.

Speaking to The Indian Express, Leader of Opposition Harpal Singh Cheema, said that Amarinder had proven to be such a failure that his own party decided to dump him as CM. “There is nothing left for him to say except tell lies about his so-called achievements as the CM. Had he even done an iota of what he claims to have accomplished in his four-and-a-half years of misrule then he would have still been in chair,” said Cheema.

The LoP further said that Amarinder’s statement that he is looking for an alignment with BJP proves what AAP has been saying all throughout his tenure as CM. “We have been pointing out that Amarinder is hand in glove with Akalis. And this has now been proven. Even (state Congress chief) Navjot Singh Sidhu is saying this now along with all top Congress leaders. Earlier these same people were singing paeans to Amarinder’s honour,” he said.

The AAP leader said that all claims of fulfilling promises made by Amarinder were false. “As CM, he has proven to be a failure in every scheme that he announced. In his first tenure, he had brought in a concept of providing tractors but it flopped miserably. Same happened to his promises of loan waiver, ghar ghar naukri and other announcements,” Cheema said.

SAD (Samyukt) senior leader and former deputy speaker of Vidhan Sabha, Bir Devinder Singh said it appeared that Amarinder has been fielded by Union Home Minister Amit Shah to defend the notification extending the jurisdiction of BSF from 15 km to 50 km.

“The press conference was a damp squib. It is a pity that Amarinder has devalued his own party to such an extent that he considers that it is nowhere in the fight for the 2022 elections. The credit for destroying the Congress in Punjab at grassroots level goes to him,” said Bir Devinder.

The SAD (Sanyukt) leader said Amarinder made contradictory statements. “If Congress performed so well under his leadership then why is the graph of the party so low in Punjab as per his speculations? It appears, Amarinder is under tremendous pressure of the BJP. He was not flanked by any former party colleague, not even Rana Gurmit Sodhi,” he added.

Bir Devinder added that the fact that Congress dumped Amarinder as CM just few months before elections shows that the party sees no threat from him whatsoever and that he is not even a factor to be counted in the future political calculations of Punjab.

Shiromani Akali Dal president Sukhbir Singh Badal said the manner in which Amarinder justified the the BSF move, proved that the Congress had colluded with the Centre to make it possible. “Such a a move cannot take place in a matter of days. It is obvious that it was discussed earlier under Amarinder Singh’s government. Present Chief Minister Charanjit Singh Channi was part of his Cabinet and also privy to the move. He should not shed crocodile tears on this issue now”.

Meanwhile, BJP national general secretary Tarun Chugh said Amarinder has exposed Congress and the party would be completely wiped out in the Assembly elections. Chugh endorsed the security concerns raised by Amarinder that has necessitated in Centre extending the BSF’s operative areas in the border states like Punjab, Rajasthan and Bengal.

He also lambasted the Congress and the Akali Dal for opposing the central government’s decision and ridiculed their contention that it was an attack on federal rights of Punjab.

“By doing so the Congress government in Punjab has been demonstrating its support to drug mafias and anti-national forces, which have been operating on the border. Instead of joining hands with the Centre to check anti-national forces, the Congress government and Sidhu seemed to be extending support to them,” Chugh said adding that Chief Minister Charanjit Singh Channi and the PCC chief are trying to sabotage the efforts of the Centre to guard the borders.

“We understand Sidhu’s sympathy for Pakistan but it is tragic that he is not sensitive to the national security concerns of a border state,” he said.

Chugh also hailed Amarinder for his efforts to resolve the farmers’ issues. While the Centre has been always open to talks with farmers and has welcomed any intervention to resolve the deadlock, farmers’ doggedness has been a matter of serious concern, he added.