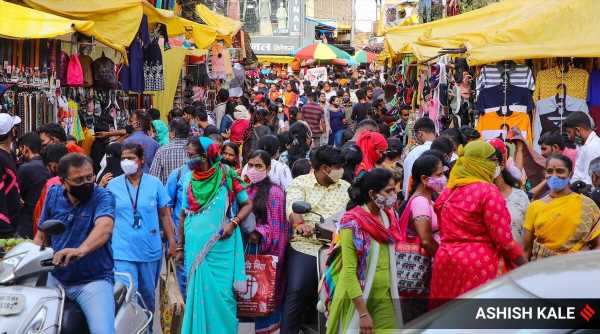 Pune News Today Live, Pune Weather, Pune Coronavirus Cases Live Updates: Amid the crisis in Afghanistan, nearly 700 Afghan students who recently graduated from universities in Pune are awaiting immediate government intervention, including an extension to the validity of their student visa. Pune news today Live Updates: Pune division on Sunday reported 1,908 cases, including 406 in Satara, 505 in Solapur, 579 in Pune district. Meanwhile, as many as 21 women who lost their husbands, the only earning member of their family, to Covid-19 have received a monthly pension of Rs 1,200 from the Pimpri-Chinchwad administration. Over a period of eight days, the 21 families were located, information was verified if they were eligible for pension and they were helped with the documentation needed to avail the scheme.

Amid the crisis in Afghanistan, nearly 700 Afghan students who recently graduated from universities in Pune are awaiting immediate government intervention, including an extension to the validity of their student visa. On Sunday, about 150 such students met with Uday Samant, Maharashtra’s minister for Higher and Technical Education, at an interaction organised at AISSMS College of Engineering where they shared their plight with the minister and urged the state government to extend all support needed to the 4,000-odd students studying in Maharashtra.

In other news, a 42-year-old man accused of kidnapping and murdering an RTI activist and journalist in Rahuri town of Maharashtra fled from the premises of a government hospital in Ahmednagar on Saturday afternoon, when he was being shifted to Pune for treatment of kidney stone after testing positive for Covid-19.

A 31-year-old woman in Pune district was allegedly subjected to a traumatising ritual where ashes given by a godman were smeared on her naked body to “help her give birth to a male child”. The woman was also subjected to four years of mental and physical harassment by her husband and mother-in-law after she gave birth to two daughters, police said.

A complaint has been filed at Mahalunge police post, which comes under Pimpri-Chinchwad police jurisdiction, by a woman who had been living with her in-laws in a village in Khed taluka until she returned to her parents’ house in Amravati district recently. Police have booked her husband, who is a labour contractor, his mother and the godman from a village near Kamshet.

A 42-year-old man accused of kidnapping and murdering an RTI activist and journalist in Rahuri town of Maharashtra fled from the premises of a government hospital in Ahmednagar on Saturday afternoon, when he was being shifted to Pune for treatment of kidney stone after testing positive for Covid-19.

The absconding accused has been identified as Kanhu Gangaram More, a real estate dealer from Rahuri. More was arrested in connection to the kidnapping and murder of 48-year-old journalist and Right to Information (RTI) activist Rohidas Datir in the first week of April. Datir’s body was found at a secluded place on the premises of a college in Rahuri. Around 15 days after the murder, police arrested More and later, three more of his accomplices. All four were lodged in Rahuri sub-jail in judicial custody.

“While being treated for Covid-19, More complained of kidney stone-related complications. On Saturday afternoon, he was being shifted to Pune for further treatment when around 5 pm, while an ambulance was being readied for him, he told the police guards on duty that he wanted to use the washroom. He is believed to have fled from there. An immediate search of the premises and surrounding areas was launched once it came to light that he was missing, but he could not be found,” said an officer from Ahmednagar police.

Deputy Chief Minister Ajit Pawar on Sunday criticised the BJP-led Union government for “doublespeak” over Covid-19, saying that while the Centre was asking the state government to impose curbs during the upcoming festivals, it was asking its newly sworn-in ministers to conduct public rallies as part of “Jan Ashirwad Yatra” across the state.

Following a meeting with elected representatives from across the district in which their suggestions on the draft development plan of the Pune Metropolitan Region Development Authority (PMRDA) were sought, Pawar told reporters: “We have seen what happened in Kerala after restrictions were eased during a major festival…We have seen during the first wave and the second wave of Covid-19 that the infection spreads fast if crowds are allowed to gather to celebrate festivals. Hence, it is important that upcoming festivals, including Ganesh Chaturthi and Dahi Handi, are celebrated in a toned-down manner without causing any crowding.”

He alleged that while the union government directed Maharashtra to issue curbs for the upcoming festivals to avoid crowding and thereby a spike in the Covid-19 infections, the BJP has asked its four newly sworn-in ministers from the state to go across the state and conduct rallies as part of ‘Jan Ashirwad Yatra’.

In other news, gradual easing of pandemic-related restrictions has raised the hopes among cooperative housing societies that they would be allowed to hold their long-overdue elections soon. Suhas Patwardhan, president of Pune District Cooperative Housing Federation, said they expect new government regulations to be issued in this regard on September 1.