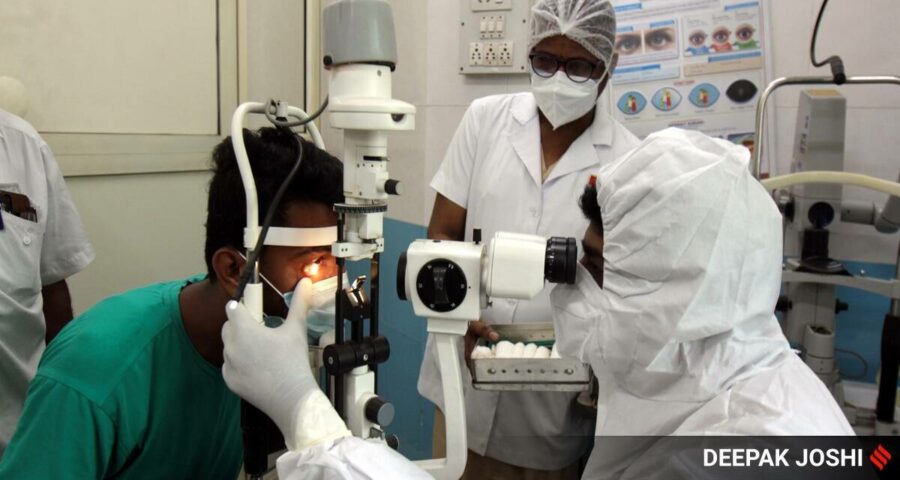 According to state data of the 780 Covid-19 deaths, a total of 93 due to mucormycosis-related complications were in Pune, 104 in Nagpur and 79 in Aurangabad. In Pune, at least 886 patients are still under treatment at various hospitals. Pune and Nagpur have reported the maximum number of cases of mucormycosis due to Covid-19 in Maharashtra. The number of deaths in the two districts is also among the highest in the state.

This rare but serious fungal infection known as black fungus manifests in the skin and also affects the lungs and the brain. Mucormycosis is caused by a group of moulds known as mucormycetes present naturally in the environment. It mainly affects people who are on medication for health problems that reduces their ability to fight environmental pathogens, say experts from the Covid-19 task force.

Till date, the state has reported a total of 8,367 cases of mucormycosis with Nagpur and Pune among the top two with 1,339 and 1,234 cases, respectively. At 945, Aurangabad has the third highest number of cases, according to a state analysis of the cases until June 24.

According to state data of the 780 Covid-19 deaths, a total of 93 due to mucormycosis-related complications were in Pune, 104 in Nagpur and 79 in Aurangabad. In Pune, at least 886 patients are still under treatment at various hospitals.

While the cases have been on the decline, authorities at Sassoon General Hospital said theirs was also a tertiary care hospital and hence they get referrals from outside Pune and even a few from other states.

“Cases have reduced but not to that extent. There are cases being reported from Dhule, Osmanabad, Beed, Latur, Kolhapur and Solapur. We admitted at least four to five new patients with mucormycosis daily at Sassoon general hospital even this week. Previously, there were 10-12 admissions daily,” said Dr Sameer Joshi, Deputy Dean of B J Medical College, Pune. He added they have conducted at least 235 surgeries to treat patients with mucormycosis at Sassoon general hospital.

“However, these patients have to be observed for a long period of time as they require hospitalisation and surgery,” Dr Joshi said. It is a combined medical and surgical treatment , he added.

Meanwhile, Mumbai has reported 529 cases and 50 deaths due to mucormycosis while Solapur has 505 cases and reported 56 deaths until June 24. In the same period, Nashik reported 557 cases and 60 deaths, Sangli (269 cases and 16 deaths) Ahmednagar (258 cases and 20 deaths), Thane (255 cases and 38 deaths). Presently, 4301 patients with mucormycosis are under treatment across the state, according to the report.