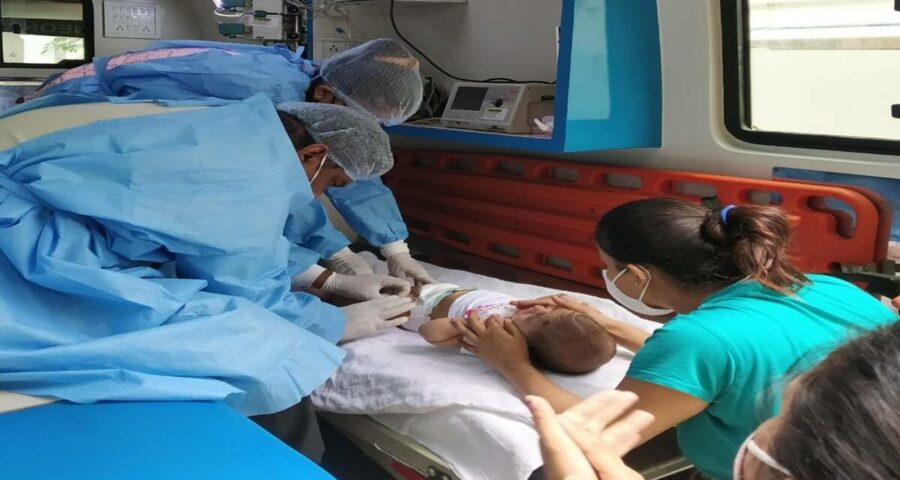 In Pune this week, home vaccination services for children have been initiated, a city based Ayurvedic Pharmacologist and Ayurvedic Researcher has been nominated as a as a non-official member in CCRAS and a rare surgery to remove cancer simultaneously from both kidneys was performed. 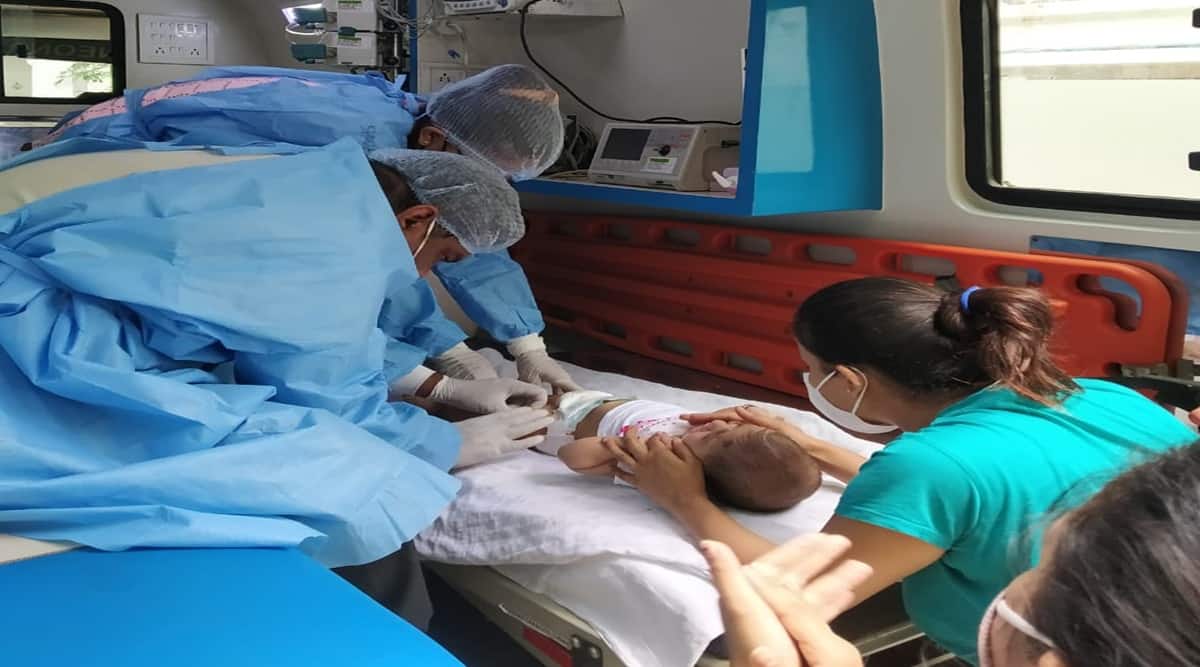 Many parents are skipping or delaying vaccination of their children fearing the dreadful second wave of Coronavirus. Not getting your children vaccinated will increase the risk of various allergies, infections, and diseases.

Motherhood Hospitals has come forward and took up an initiative to provide uninterrupted at-home vaccination services for children. Dr. Tushar Parikh, Consultant Neonatologist & Paediatrician, Motherhood Hospital, Kharadi, Pune, said that “those parents who want to get their kids vaccinated can call on the helpline number 08067238896, and book appointments for children in the age group of 0-12.An ambulance with a well-trained paediatrician, ambulance driver and helper will reach the destination as per the scheduled appointment.

The ambulance is sanitized after every visit and covid protocol of masking, social distancing, and hand sanitizing is followed by the team. The doctor will be in the PPE and the vaccines offered to kids are Diphtheria, Tetanus, and acellular pertussis (DTaP), Measles-mumps-rubella (MMR), Varicella (chickenpox), influenza, Human Papillomavirus (HPV), Hepatitis A & B vaccine, and their booster doses. Till now, around 30 children have already been vaccinated in the Pune area. We intend to cover more and more children in the upcoming days.” “Parents are not taking their children for vaccination so that they do not get exposed to the Covid-19 virus. But, skipping or delaying vaccination can be risky for your children as they may be susceptible to vaccine-preventable diseases such as rubella, measles, flu, polio, whooping cough (pertussis), chickenpox, diphtheria and hepatitis A and B,” says Dr Parikh. 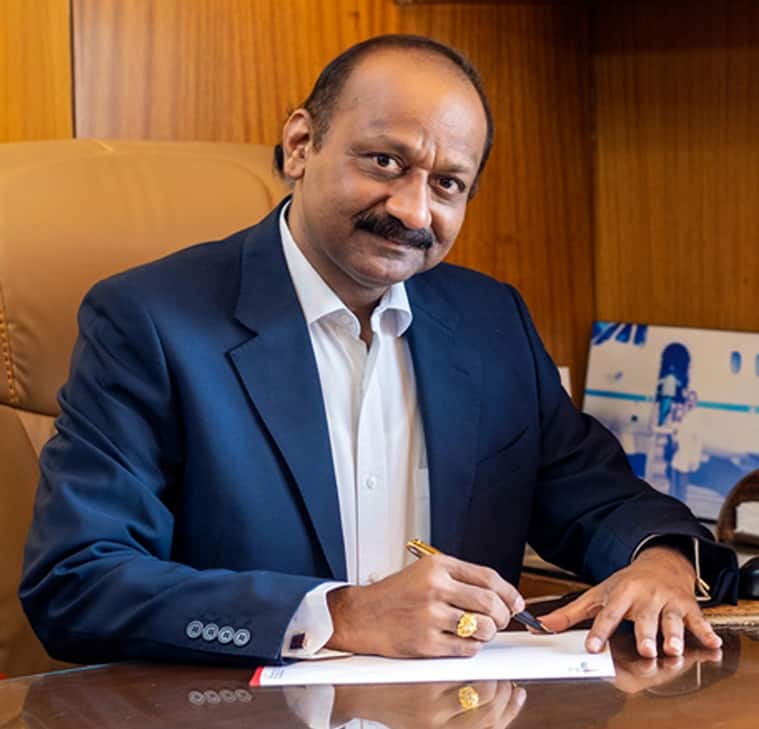 Pune based Dr. Yogesh Bendale, an Ayurvedic Pharmacologist and Ayurvedic Researcher, has been nominated as a non-official member in the Standing Finance Committee (SFC) of the Central Council for Research in Ayurvedic Sciences (CCRAS), New Delhi. CCRAS is an autonomous body under the Ministry of AYUSH, Govt. of India. It is to carry out activities for the undertaking, formulate & coordinating, developing, and promote research on scientific lines in Ayurvedic Sciences spread over 30 Institutes/Centres/Units located all over India and also through collaborative studies with various Universities, Hospitals, and Institutes. Dr. Bendale has some unique achievements like setting up a 175 bedded full-fledged Ayurvedic hospital in Germany and to be the only Ayurvedic practitioner to have right to practice independently in United Arab Emirates (UAE). Dr Bendale is also an active member of the most prestigious cancer society, ASCO (American Society of Clinical Oncologists)

Rare surgery to remove kidney cancer simultaneously from both kidneys

A team of doctors at Ace Hospital, Erandwane led by senior urologist Prof. Dr Suresh Patankar and his team performed a rare surgery to remove kidney cancer simultaneously from both kidneys recently on a 56 year old woman. The woman who hails from Nashik was suffering from cancer of both the kidneys for 8 years. She had visited several doctors previously with this disease and everyone has advised her surgery to be done one after the other as it is affecting both kidneys and permanent dialysis for life. The procedure performed at Ace Hospital ensured removal of cancer with near normal restoration of kidney function of the women who otherwise would have needed lifelong dialysis.

Explaining the case , Dr Suresh Patankar, Urologist and President Ace Hospital said that the 56 year old women from Nashik was advised removal of both the kidneys after she was diagnosed with Cancer in both the kidneys and followed by permanent dialysis. She was not ready for that and had lost all hopes and given up on treatment that was advised to her by her doctors. When she came to us, she was deteriorating, her reports suggested that she had stage 3 tumour in both kidneys involving most of the left kidney and almost half of the right kidney. When removed, the left kidney tumour weighed 2.7 kg, while the right one was 250 gm. It was a primary kidney tumour and not a congenital or genetic tumour.

The incidence of such simultaneous tumour among the population as per scientific literature is less than 5% of kidney cancers. Most of the time such surgeries are done one after another with a gap of some weeks. Requirement of dialysis after such an operation is always a possibility. According to the information sourced from various Medical Journals such type of surgery has only been reported till now in a couple of other hospitals in India like CMC, Vellore, TN and GMC, Srinagar, J&K. The patient responded very well to the treatment and did not require dialysis and was up and walking within three days post surgery. She was discharged in a week’s time, an official statement issued here has said.

Transasia Bio-Medicals Ltd., an In-vitro Diagnostic Company, has donated over 5 lakh tablets worth more than Rs. 50 lakh for recovery of COVID-19 patients. These medicines have been identified as a part of India’s COVID-19 treatment protocol and are enabling in mitigating the widespread human impact of the pandemic. The medicines are from pharmaceutical manufacturers and come with a long-dated shelf life of up to 2023, a statement issued today said. The procurement and distribution of the medicines has been executed by the Vazirani Foundation, the CSR arm of Transasia Bio-Medicals and closely co-ordinated by Transasia’s team of over 700 on-field personnel, Mala Vazirani, Executive Director, Transasia Bio-Medicals said.