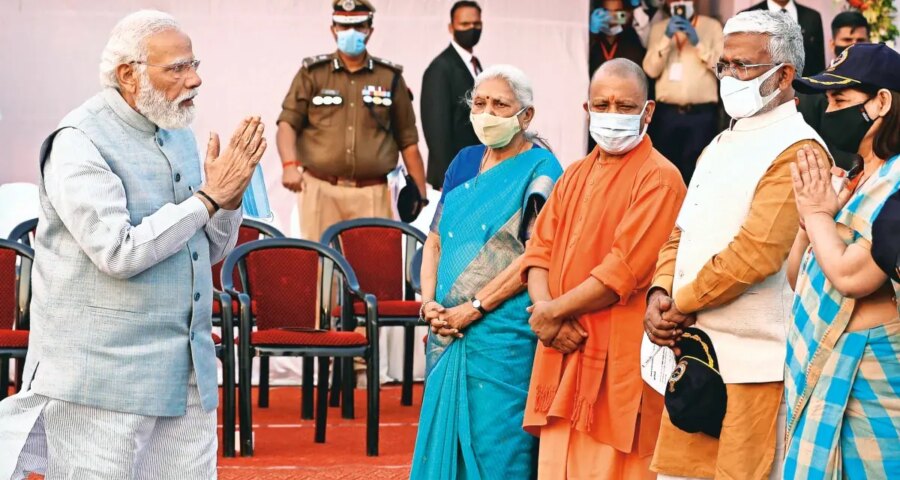 Calling the Purvanchal expressway between Lucknow and Ghazipur shaan” (pride) and “kamaal” (wonder) of Uttar Pradesh, the PM said that the six-lane highway built at a cost of 22,500 crore will serve as the lifeline for east UP. 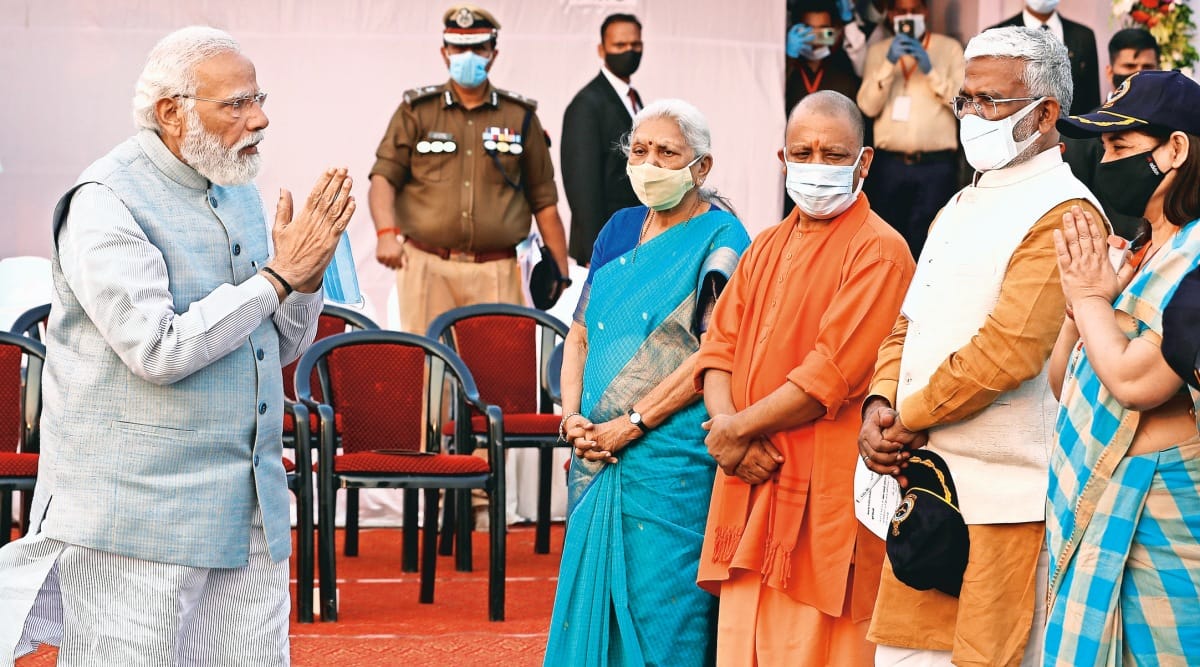 Inaugurating the 341-km-long Purvanchal Expressway in Sultanpur district of Uttar Pradesh, Prime Minister Narendra Modi on Tuesday launched a scathing attack on the Opposition, accusing the previous governments of neglecting the eastern region of the state for their “dynastic politics”, and said that they reduced the region to “mafiawaad” and poverty.

Addressing a public meeting at Karwal Kheri after the launch of the expressway, where he himself landed in a military transport aircraft on a 3.2-km stretch developed as an emergency air strip for the Indian Air Force (IAF), Modi said, “Unfortunately parivarwadis (dynasties) dominated both in Delhi and Lucknow for a long period, and the partnership of those parivarwadis kept crushing the aspirations of the people of Uttar Pradesh over the years… For previous chief ministers, development in UP was limited to where they had their homes and families,” he said without naming any political parties.

But the current government is ensuring that development reaches the eastern as well as the western parts of the state, he added.

The state goes to Assembly polls early next year.

Calling the Purvanchal expressway between Lucknow and Ghazipur shaan” (pride) and “kamaal” (wonder) of Uttar Pradesh, the PM said that the six-lane highway built at a cost of 22,500 crore will serve as the lifeline for east UP and give a big push to the economic development of the region and the state.

“The expressway will not only bridge the gaps within UP but will also make travel convenient between Bihar and Delhi. The expressway will connect those cities with Lucknow which have the potential of growth and will make way for industrial investment and create lakhs of jobs,” he said.

Without naming any political party, Modi said: “Uttar Pradesh has seen a long period of such governments, which issued statements and showed dreams about industrialisation without worrying about connectivity. The result was that several factories were forced to close down due to lack of necessary facilities.”

He alleged that the previous governments did not care about the holistic and integrated development of UP. “Here was an area that was left in the hands of mafias and its people to poverty… But the BJP government is writing a new chapter of development in the state,” the PM said.

He also accused the previous Samajwadi Party government of not cooperating with his government at the Centre. “I am in pain that then UP government (of Samajwadi Party chief Akhilesh Yadav) did not cooperate with me. Not just that, they were even afraid of sharing the dais with me in public as they feared annoying a vote bank. Whenever I came as an MP, they went missing after receiving me at the airport. They were so much ashamed because they had nothing to show as their work,” PM said.

Hitting out at the past governments on law and order and lack of infrastructure, the PM said that earlier were no ‘raah’ (roads) and ‘raahjani’ (robbery) was rampant. “Today, the robbers are in jail and new roads are being laid in the villages,” the PM said.

The prime minister also attacked the Congress and referred to former Congress chief minister Sripati Mishra, who he called “the son of Sultanpur”. “The darbaaris (courtiers) of a family had insulted Shripati Mishra. The people of Uttar Pradesh cannot forget the insult of such karmyogis,” he added.

The prime minister praised the people of UP and the BJP government in the state over Covid-19 vaccination, saying they rejected the “political propaganda” against India-made-vaccine and defeated the conspiracy that was meant to play with their health and life. “The people of UP will keep defeating them in future too,” the PM said without naming Samajwadi Party chief Akhilesh Yadav who had initially said that he would not take the “BJP vaccine”.

He said that some people were losing their cool after seeing people getting double benefits of the“double engine” government (referring to the BJP governments both at the Centre and state) and they getting nervous was very obvious.

Modi praised Chief Minister Yogi Adityanath by calling him “ojaswi, tejaswi, karmyogi” and said that the BJP government in UP was following the mantra of “sabka saath, sabka vikas” and working without any casteism, nepotism, and regionalism bias. “Those who failed to perform in their rule, they are not able to accept the success of Yogi-ji (Yogi Adityanath),” he added.

The event ended with an air show performed by Mirage, Jaguar, Sukhoi, and An-32 aircraft before the prime minister headed back to Delhi on the C-130 Hercules which had brought him here.