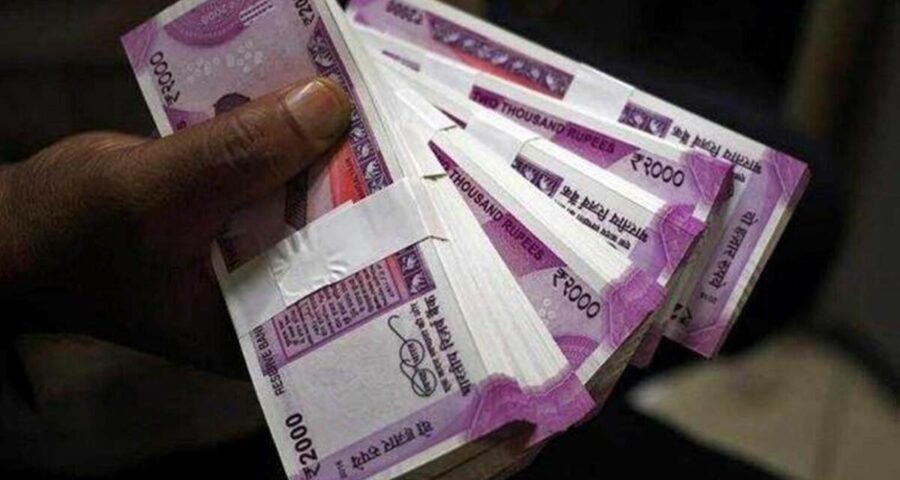 Telangana’s Rachakonda police seized fake Indian currency notes with a face value of over Rs 1 crore and genuine currency worth Rs 1.3 lakh after busting a gang involved in cheating people on the pretext of exchanging black money. Keesara police Saturday arrested five persons, including a woman, who lured the complainant into a deal and snatched Rs 5 lakh from him by stage-managing a filmy police raid at Shamirpet.

The arrested have been identified as Mohd Azeez alias Azam (35), Mohd Anwar Pasha (38), Taduka Subhash Chandra Bose (41), Marri Nagaraju (28) and Jangam Bhagya Laxmi (40). Police also seized a car and other material from the Karimnagar-based gang. Two other accused are at large.

The mastermind Azeez, a 35-year-old realtor from Karimnagar, and his aides first arranged fake notes of Rs 1 crore. His close associate Bose, who was a film production manager, contacted an art director and printed the currency claiming that the dummy notes were to be used in the shooting of a government advertisement. Another accused Pasha, who used to play small roles in films, arranged a police uniform.

Accused Bhagya Laxmi, who is a nurse at a private hospital in Karimnagar, contacted the complainant and told him that the government was going to ban currency notes of Rs 2,000 denomination by December and that a few wealthy businessmen wished to exchange their black money at the rate of Rs 1 lakh for every Rs 5 lakh. The complainant withdrew Rs 5 lakh and agreed to meet the gang in Shamirpet. He was led to believe that he would receive Rs 25 lakh under the deal.

According to Rachakonda Police Commissioner Mahesh Bhagwat, Azeez met the complainant near Shamirpet and both moved to another location claiming that the party was waiting with the black money for exchange. Meanwhile, Azeez had already arranged for his aides Nagaraju, Pasha and Rajesh to act as policemen and intercept their car. Nagaraju, in police uniform, stopped the car along with the others and enquired about the money. Pretending to seize the cash, they ‘detained’ Azeez and the car, leaving the complainant behind.

Fearing legal consequences, the victim did not approach the police initially but he grew suspicious later and filed a complaint.