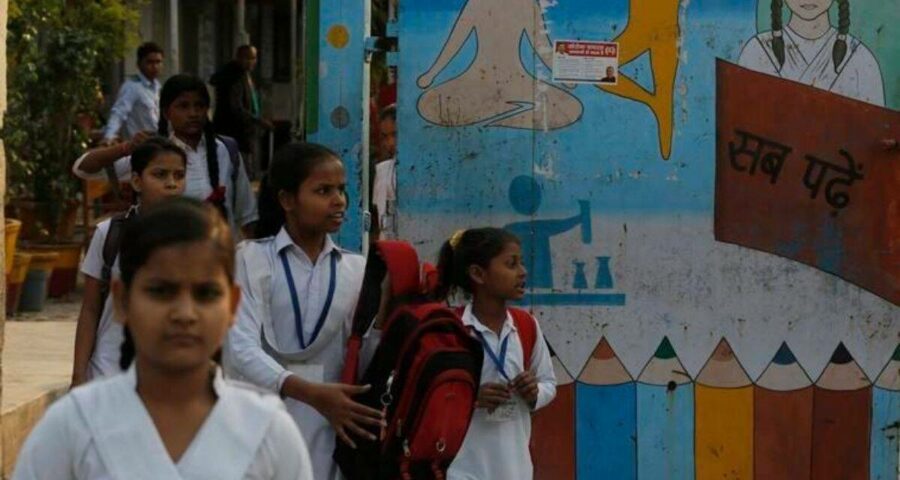 Pimpri-Chinchwad Municipal Commissioner (PCMC) education officer Jyotsna Shinde, who was on Wednesday transferred to Raigad district, said that during her tenure an all-out effort had been made to transform the civic schools into “smart schools” and reduce the dropout rate of students.

“In the last three years of my tenure, we have hastened the process of implementing the smart school concept. As a result, we have succeeded to a large extent in making civic schools into model schools…a concept which can be implemented across the state,” said Shinde.

“Our civic schools are smarter than the Delhi civic schools today. Be it technology-wise or infrastructure-wise, PCMC schools outsmart Delhi schools a long way. Each classroom is a digital classroom; there are cameras in each classroom, every student is being monitored and trained to become a knowledgeable student. The popularity of PCMC schools has gone up compared to the past when they were looked down upon.”

PCMC runs 123 schools, including 105 primary schools. Shinde as education officer (administration) headed the primary section. “Under the School Learning and Resource Improvement Program, we have set up e-classrooms in all our schools,” she said.

All the primary school classrooms have become smart digital classrooms with video recording and artificial intelligence capabilities in the last three years, Shinde said. “We have set up STEM lab and robotics lab besides implementing BALA (Building as Learning Aid concept),” she said.

“As per the baseline survey findings, site preparation across the selected schools was initiated. All necessary works including electrification, networking, whitewash, STEM educative painting and minor repairs were completed under the project,” she said.

On the teachers training front, Shinde said, “the teachers were provided with an initial four-day training followed by a five-day training in handling hardware, navigating through the digital learning resources including the robotics lab components. Different classroom management techniques, motivation in the classroom and other teaching techniques were also part of the training to enhance the effectiveness of the existing teachers.”

Shinde said intending to enhance student engagement and bring about greater effectiveness in teaching approaches in the classrooms, the digital classrooms in the project have been equipped with artificial intelligence-based analytics platforms.

Shinde claimed that during her tenure the dropout rate has reduced and more children are now turning to civic schools. “When I joined, our overall student strength had reduced to below 40,000 and now it has gone above 42,000 and will keep growing because of the model school concept that is being implemented by us at a faster pace,” she said.

Shinde has been among the controversial officers of PCMC. Her name had figured in the teachers’ recruitment scam. She had gone missing for some time. However, the PCMC administration took her back after she had presented her case before the then municipal commissioner Shravan Hardikar. “I don’t want to comment on that matter as it is sub-judice. I have no role to play in that scam and had presented this fact before the commissioner after which I was taken back,” she said.