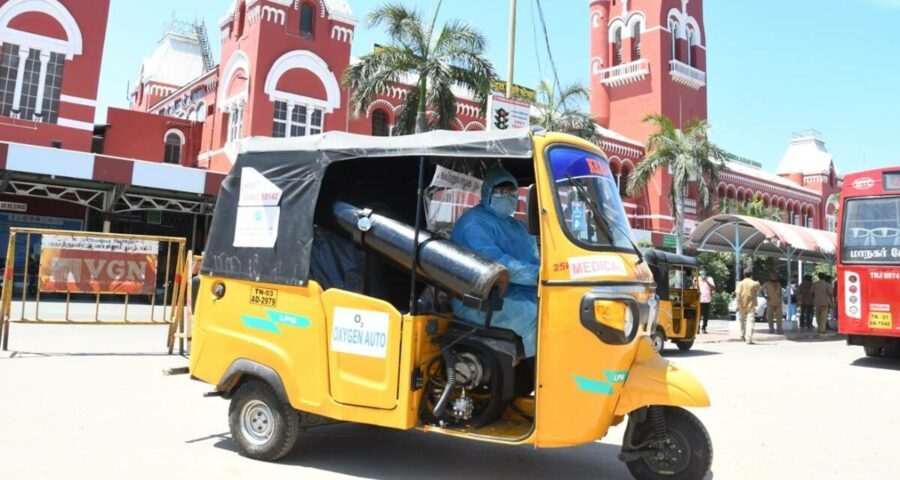 City-based Kadamai Educational and Social Welfare Trust is operating these auto ambulances dubbed as "emergency ambulances" in north Chennai, but it is fast turning out to be a much sought after service in other parts of the city as well. 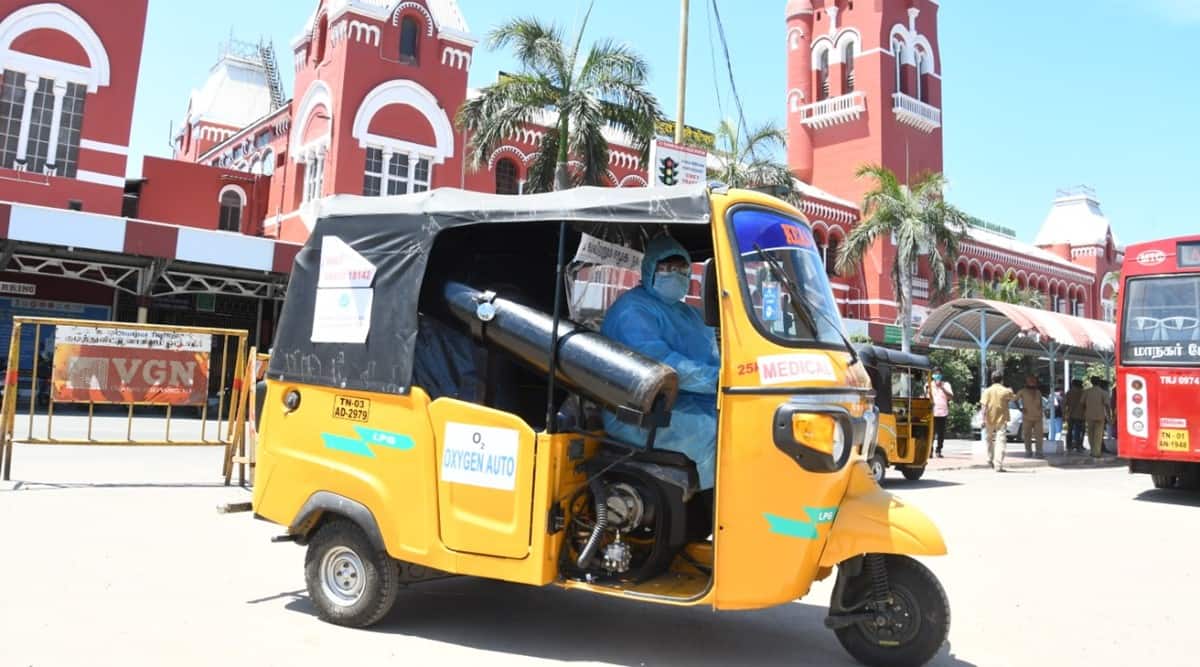 As people continue their struggle to look for hospital beds with oxygen supply for Covid-19 patients, a city-based NGO is lending a helping hand to the needy by providing medical oxygen inside their customised autos.

City-based Kadamai Educational and Social Welfare Trust is operating these auto ambulances dubbed as “emergency ambulances” in north Chennai, but it is fast turning out to be a much sought after service in other parts of the city as well.

The trust has been functioning for the past seven years. They started out as an institution offering tuition to underprivileged students and slowly became a social welfare organisation. They had been actively involved in mitigation efforts due to natural disasters such as floods, cyclone, etc., which had affected the city in the recent past.

Speaking to indianexpress.com, Sathyaraj, the treasurer of the trust, said they are working 24×7 for the past nine days due to the surge in the number of cases in the city. ”Patients are made to wait even for five hours to get an oxygen bed. We witnessed how they are suffering while they were waiting to get admitted so we came up with the idea of fitting oxygen cylinders in our autos. We obtained the cylinders from an industrial unit weighing 48-51 kg capacity were fitted into two autos. Only I and our trust secretary Vasantha Kumar initially operated these autos. We used to take trips in alternatives as we wear PPE Kits and it was very difficult to ride the autos wearing those. Due to the increase in the number of requests, we started to engage our other volunteers as well. A total of 15 members are now involved in running this initiative, right from attending the calls, updating the backend information, driving the autos, etc. We have three autos for doing social welfare activities and two of them are now predominantly used for helping Covid-19 patients,” he said. 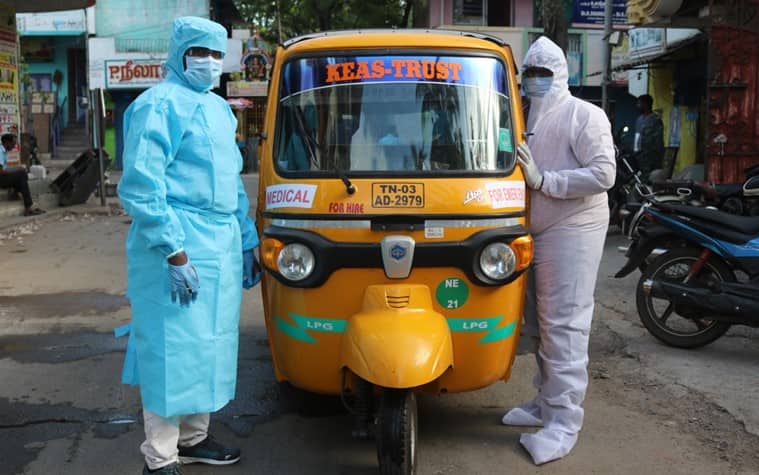 Sathyaraj, alongside his friends, decided to do the free service in north Chennai alone as they don’t have the bandwidth to cater to other city residents. They had shared their numbers with volunteers and also on social media. Soon, they started to receive requests from across the city. “We started to receive more requests to transport the patients to screening centres, hospitals, etc. On average, we receive 150-200 calls a day, we note down the details and offer our services based on priority basis. We tell patients who don’t have a very severe condition to make use of other services.” As the service became popular among the city residents, the trust has now started to receive donations as well. “We never ventured outside asking for donations. Few people after getting to know about services through social media have come forward to donate to our trust. That will be useful for us to buy our safety equipment like PPE and others as we don’t compromise on that. Some patients or their caretakers provide us money after we drop but we refuse to make money. We tell them to make use of that money for any of their treatment processes and tell them to provide after they are completely recovered,” he said.