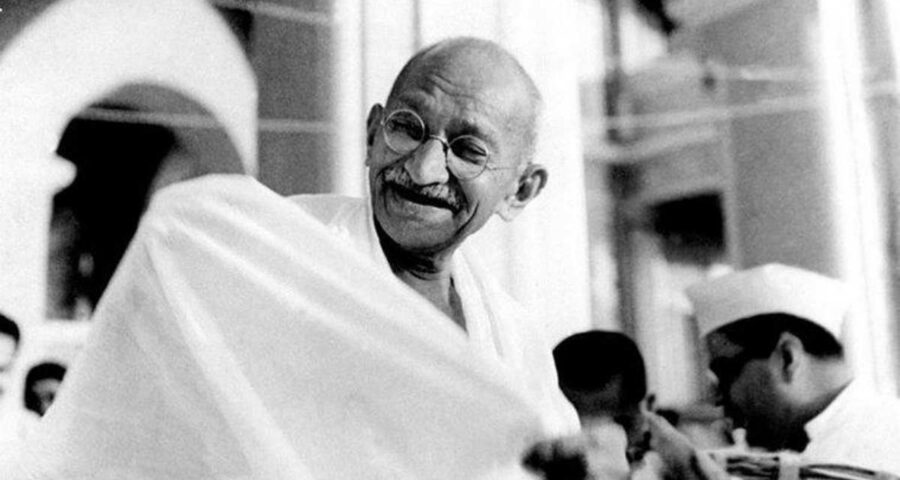 The sketches are of Gandhi as the world knows him, whether it is picking salt at Dandi, praying, writing, the most popular one of him walking, spinning a charkha and even on a bicycle, all from the time when he launched the non-violent freedom movement. Navjivan Trust, the legendary printing and publishing house founded by Mahatma Gandhi during Indian freedom struggle, has come out with an initiative ‘Wear Gandhi, Wear Khadi’ under which it will sell khadi clothing printed with 13 sketches on and about Gandhi that have been copyrighted by the institution. These sketches will be printed on khadi clothes to be designed by Navjivan’s ethnic wear store, Swatva, set for a commercial launch on October 2, which is also the 75th year of Indian independence.

The independent publishing house that brought out weeklies ‘Navjivan’ and ‘Young India’ under Gandhi’s editorship, that were key influencers in the freedom struggle, was turned into a Public Charitable Trust in 1929.

In February 1940, Gandhi willed all the rights to his writings to Navjivan Trust which enjoyed exclusive copyrights over Gandhi’s writings till 2009. One of the tasks of the trust was to propagate the spinning wheel and khadi. Navjivan Trust, in an effort to draw youth to Gandhi, has already diversified into running a cafe that sells ethnic food, a gallery and the ethnic store – which sells range of khadi wear — the latest initiative being a part of this store.

Swatva claims to be different from other government-run khadi stores as it has products in every size made by its own designers.

“Our main work is related to books. But this ‘Wear Gandhi, Wear Khadi’ initiative is an attempt to appeal to the young generation so that they can connect with Navjivan and Gandhi. Currently, you will find a lot of clothing with sketches of Gandhi which may not be very up to the mark. So, under this initiative, we have got prepared around 13 sketches of Gandhi in different poses, his personal articles like the well-known hand-stitched chappals, spectacles, charkha and the iconic three monkeys from an established sketch artist. We have got copyrights for the 13 sketches and it will be printed on khadi clothes giving it a unique look,” said Vivek Desai, managing trustee of Navajivan Trust.

The sketches are of Gandhi as the world knows him, whether it is picking salt at Dandi, praying, writing, the most popular one of him walking, spinning a charkha and even on a bicycle, all from the time when he launched the non-violent freedom movement.

“We have given a lot of attention to the fact that the sketches must look appealing after printing on fabric. In terms of choosing the subject and precision of the sketches, they have been prepared in such a way that you won’t find it anywhere in the market. Gandhiji’s expressions in various pose, eg. while praying, have been captured minutely in the sketches. Also, we have got some unique sketches of Gandhiji’s articles like his chappals and even modification in the three monkeys,” says Desai.

Well-known painter and sketch artist from Ahmedabad, Mahendra Mistry, has made the sketches for Navjivan with sketch pens and the trust has secured copyrights for them from the Copyright Office of Ministry of Commerce & Industry’s Department of Industrial Policy and Promotion in 2019.

Desai said that this was done so that “quality products can be given to customers, nobody copies it and people come only to Navajivan for the purpose”.

“These will be quality khadi clothing with quality printing of the sketches on them. We want it to be a medium through which people can be attracted to Navjivan. There are some leading clothing brands from the country who have approached us for the use of sketches, but we want to keep it exclusively for Navjivan’s Swatva,” Desai added.

“Instead of the mass, these will be clothing products for class of people who want to wear unique khadi brands,” he further added.

The khadi used for the Swatva designs is sourced from Gondal, which is famous for its khadi and some stores in Ahmedabad and some samples have been put on sale.