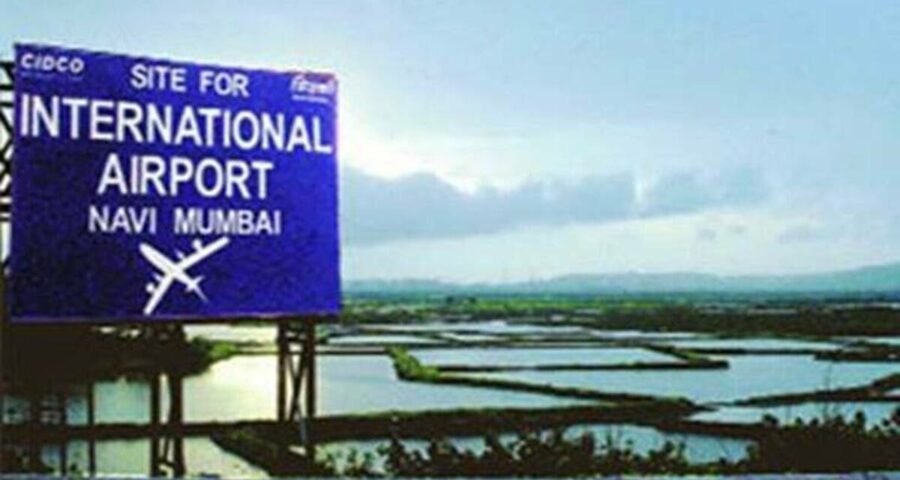 The group under the aegis of Navi Mumbai International Airport Namakaran Kruti Sameeti, which is backed by the BJP, are in favour of the airport being named after Patil, while the Shiv Sena wants it to be named after party founder Balasaheb Thackeray. The controversy over the naming of Navi Mumbai international airport, which is under construction, has intensified with a local group, in favour of the airport being named after socialist leader D B Patil, planning a protest outside the CIDCO office on June 24.

The group under the aegis of Navi Mumbai International Airport Namakaran Kruti Sameeti, which is backed by the BJP, are in favour of the airport being named after Patil, while the Shiv Sena wants it to be named after party founder Balasaheb Thackeray.

The group has called for a gherao of the CIDCO office on June 24 to press for its demand. “We had approached the police requesting them to give permission; however, it was denied. We will still gherao the CIDCO office,” said Dashrat Patil, president of Akhil Agri Samaj Mandal and a member of the samiti.

Police have, however, warned the group against holding a protest. Group members said that they had received notices from the police under Section 149 of the Criminal Procedure Code.

In December, state urban development minister Eknath Shinde had written to CIDCO asking it to send a proposal of naming the airport after the late Sena supremo. The proposal was subsequently sanctioned in a CIDCO board meeting, while earlier this month, the state government also announced that the airport will be named after Bal Thackeray.

Maharashtra Navnirman Sena chief Raj Thackeray weighed in on the controversy and said the airport should be named after Maratha warrior king Chhatrapati Shivaji as the upcoming airport was just an extension of Mumbai’s Chhatrapati Shivaji Maharaj International Airport.

Police have swung into action to avoid any kind of law and order situation on June 24 due to the protest. Navi Mumbai additional commissioner of police B G Shekhar Patil said, “We have taken action against those who have criminal history. We have issued notices under Section 149 of CrPC. Strict action will be taken against those who will not follow orders. We appeal to people that the law should not be taken into their hands.”

He further added that permission for any kind of protest could not be granted due to Covid-19 lockdown.

WHO WAS D B PATIL

Dinkar Balu Patil, also known as D B Patil, was born in Jasai village, Uran, and associated with Peasants and Workers Party (PWP). He represented Panvel in the state Assembly for five terms between 1957 and 1980. He also represented Kolaba constituency as an MP in 1977 and 1984, while he was also a member of state legislature council in 1992.

He led several protests for farmers and land owners in Panvel district when CIDCO acquired land in the area in the 70s and 80s. In a massive protest in 1984, four farmers died, which eventually forced the state government to bring in the 12.5 per cent developed land scheme for local farmers that, as of today, is applicable across the state. Patil died in 2012 aged 86.