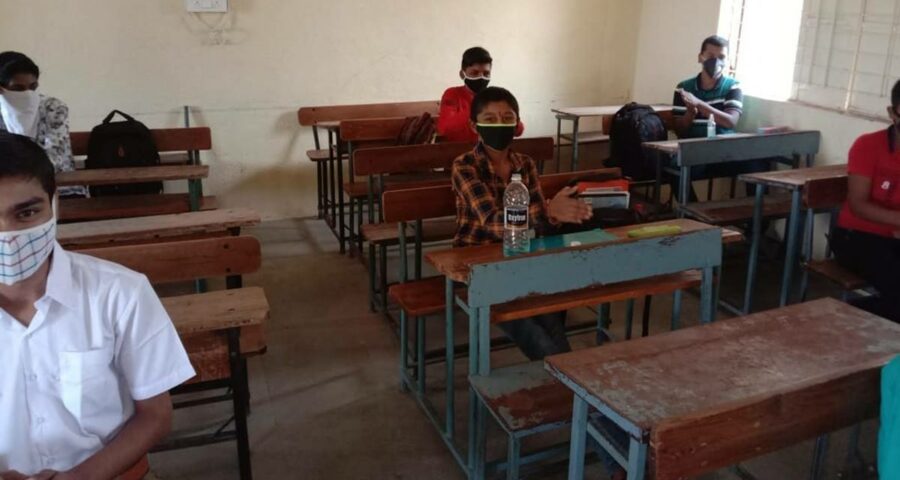 Schools in Maharashtra are slated to reopen for physical classes from Thursday, with as many as 2.34 lakh students from classes III, V, VIII and X across 7,330 schools selected for the National Achievement Survey to be held on Friday.

Vikas Garad, deputy director, Maharashtra State Council of Education, Research and Training, said schools have been selected through a random sampling method and all selected schools have been notified. “Teachers have already received the required training and they have been asked to contact students in advance since the survey is just after the Diwali break. As far as younger students are concerned, in the selected schools they have been given instructions to call students of the concerned classes on the day of the survey only,” he said.

However, school administrators are worried that younger children are returning to school after one-and-a-half years and the fact that the survey is going to be conducted just a day after the Diwali break might pose some challenges. The National Achievement Survey (NAS) is a nationally representative large-scale survey of students’ learning undertaken by the Ministry of Education.

Schools in Maharashtra were closed for the Diwali break and scheduled to reopen on November 11 as per the instructions of the state government. The Diwali break was initially until November 20 but the date was revised after the state education department realised it was overlapping with the date for the NAS.

Currently, schools will reopen for classes V to VIII in rural areas and classes VIII to X in urban areas. The state education department has not yet given permission to resume physical classes for primary school students, posing a challenge to the smooth conduct of NAS, which requires students to be present in classrooms for the 90-120 minute OMR-based survey.

However, school administrators say many parents are still wary about sending children to school in large numbers, which might pose another challenge to the smooth conduct of NAS.

“As far as training is concerned, the education department sent detailed videos on WhatsApp explaining NAS, how it will be conducted, its purpose. The instructions to schools on preparations are also very clear and accordingly, schools have conducted training programmes. But students have to come to the schools for the survey, which is also dependent on parents’ wishes, so it remains to be seen how successfully it will be done,” said Harishchandra Gaikwad, president of the Pune District Principals Association.