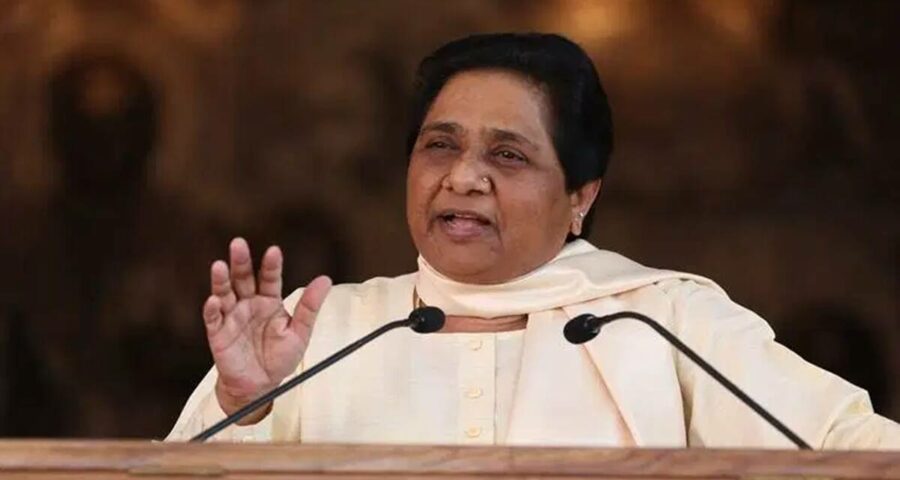 BSP chief Mayawati, who has of late been perceived to be warming up to the BJP, said, “During farmers’ mahapanchayat in Muzaffarnagar yesterday, the attempt to encourage communal harmony between Hindus and Muslims is also commendable.” A day after the Kisan Mahapanchayat in Muzaffarnagar, opposition parties, including the SP and BSP, on Monday said the gathering highlighted Hindu-Muslim brotherhood and shifting of grounds against “BJP’s politics of hatred”.

BSP chief Mayawati, who has of late been perceived to be warming up to the BJP, said, “During farmers’ mahapanchayat in Muzaffarnagar yesterday, the attempt to encourage communal harmony between Hindus and Muslims is also commendable.” The state goes to the Assembly polls next year.

Farmers had on Sunday gathered in Muzaffarnagar, which was rocked by communal riots in 2013, to protest three contentious farm laws.
The BSP chief further said while the gathering would salve injuries suffered in the 2013 riots under the SP government, but at the same time, it had caused discomfort to many.

Attacking the previous “riot-ridden” governments led by the Congress and SP, she said, “Farmers are the pride of the country, and the slogans raised from the dais for Hindu-Muslim brotherhood and communal harmony hints at shifting grounds against BJP’s politics of hatred.”

SP chief and former chief minister of UP Akhilesh Yadav likened the gathering to an “anti-BJP wave led by people’s mandate”.
Stressing that the event had created ripples in the BJP, he said, “Muzaffarnagar has given birth to such a revolt that it will uproot BJP’s politics of hatred from the country and take it towards peace and progress.”

Congress General Secretary Priyanka Gandhi Vadra had earlier said, “The arrogance of this government cannot withstand the voice of farmers.. In farmers’ fight for saving farming and demanding the price of their hardwork, the entire country is with them.”

Cornered by opposition on farmers issues, BJP leaders in the state called farmers their brothers and repeated that the party was with them. Deputy Chief Minister Keshav Prasad Maurya in a short message on social media on Monday said, “Farmers of Uttar Pradesh are with the BJP.”

However, a section of BJP leaders such as Muzaffarnagar MP Sanjeev Balyan had earlier claimed opposition parties too backed the event.
“I had seen tractors and busses on my way. Many of them had flags of the Lok Dal and SP. So in a way, it was a meeting not just of farmers but also of political parties,” Balyan had said on Sunday.