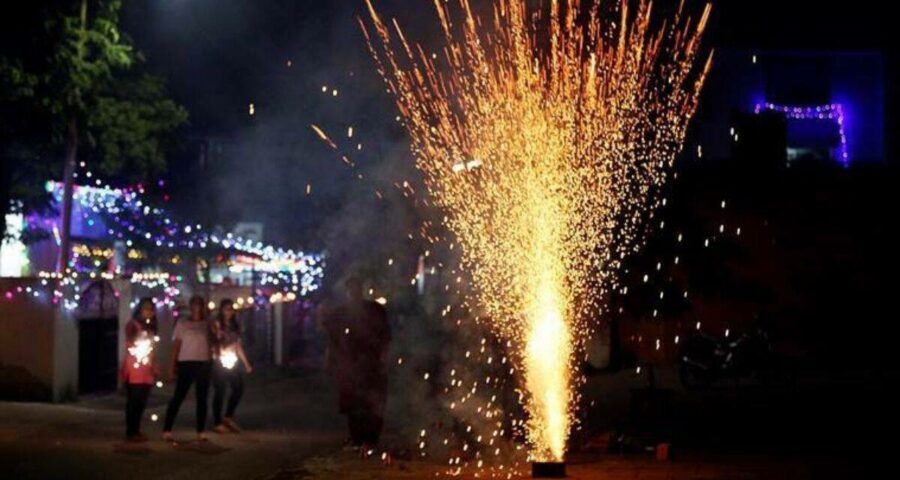 The NGO recently tested crackers for noise pollution along with the Maharashtra Pollution Control board (MPCB) and found fake QR codes on the packaging, while on some others, there were no QR codes. A Mumbai-based non-governmental organisation (NGO) Awaaz Foundation has written to the National Environmental Engineering Research Institute (NEERI), cautioning against the sale of spurious firecrackers being sold under the guise of ‘green crackers’ in the city.

The NGO recently tested crackers for noise pollution along with the Maharashtra Pollution Control board (MPCB) and found fake QR codes on the packaging, while on some others, there were no QR codes.

Green crackers have a small shell size as compared to regular crackers and the formulation comprises less polluting raw materials. Green crackers too, in many cases, use polluting chemicals like aluminium, barium, potassium nitrate and carbon but the quantity is low, which in turn lowers the emission by about 30 per cent. In some green crackers, these chemicals are not at all used.

Of the 30 crackers purchased, only 16 were found to be labelled with NEERI’s stamp of approval. Along with the NEERI’s stamp of approval, the crackers are also mandated to be affixed with a QR (quick response) code that customers can scan and obtain information about the crackers’ emissions and composition. NEERI has developed a mobile application— Green QR Code— where one can scan the QR codes on the firecrackers to verify their authenticity as green crackers.

“Emissions from green crackers developed by NEERI require to be traceable through QR codes according to the Supreme Court. Most ‘Green’ crackers do not publish QR codes at all and emissions are untraceable. If the crackers are genuinely green, their certification will pop up. If they don’t have a QR code at all, they are not the real deal,” said Sumaira Abdulali, convener of Awaaz Foundation.

NEERI, following the Supreme Court’s instruction, is developing new formulations for reducing emissions from fireworks and is mandated to certify commercially-available firecrackers.