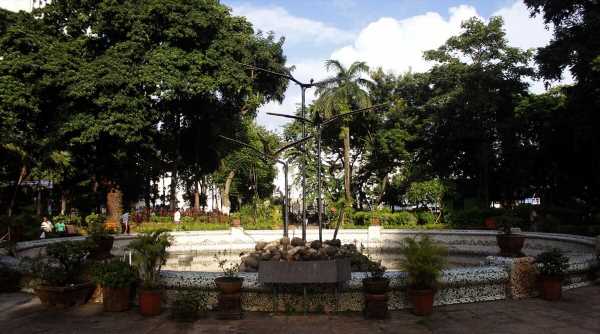 🔴 The most important work to be carried out at the 18th-century circular garden will be restoring its unique cast-iron fence, which is damaged at certain points, an official said. The British-era Horniman Circle Garden, also known as Bombay Garden, will be restored soon. The Brihanmumbai Municipal Corporation (BMC) has floated a tender to spruce up the Horniman Circle precinct.

According to the plan, the garden, which had caved in at a few places over the years, will be lifted by at least 1 foot. The most important work to be carried out at the 18th-century circular garden will be restoring its unique cast-iron fence, which is damaged at certain points, said an official.

“The beauty of its fencing is probably the most important factor in designating the Horniman Circle as a grade-I precinct. The restoration of the old wrought iron fencing would be a highly specialised work,” said Sanjay Sawant, chief, BMC’s heritage department.

Civic officials from the heritage conservation department said that the fence and the gate are among the finest in the city, adding that miscreants have robbed some of them or damaged portions while trying to steal them. Even the heritage-style lights on the gateposts are not functioning. The BMC also plans to realign walkways with lawns, repair the lightning and add street furniture, officials said.

Looking out at the majestic Asiatic Library, the garden is visited by residents of Mumbai as well as tourists. It is most crowded in the afternoon, around lunchtime, when it gets many visitors from the traders’ offices. It is said that the city’s first stock trading activity was laid here, under a tree in the garden. The traders used to trade their wares under a banyan tree here and near the well, officials added. Currently, BMC ferries around 15 water tankers from the well to be used for gardening and washing.

The campus was maintained by the Horniman Circle Garden Trust before the civic authority took it over in 2016. The garden is surrounded by banks, an electronic store, a coffee shop and showrooms of big clothing brands.

The BMC has also received a proposal from the Maharashtra Tourism Development Corporation to set up a musical fountain at Horniman Circle.