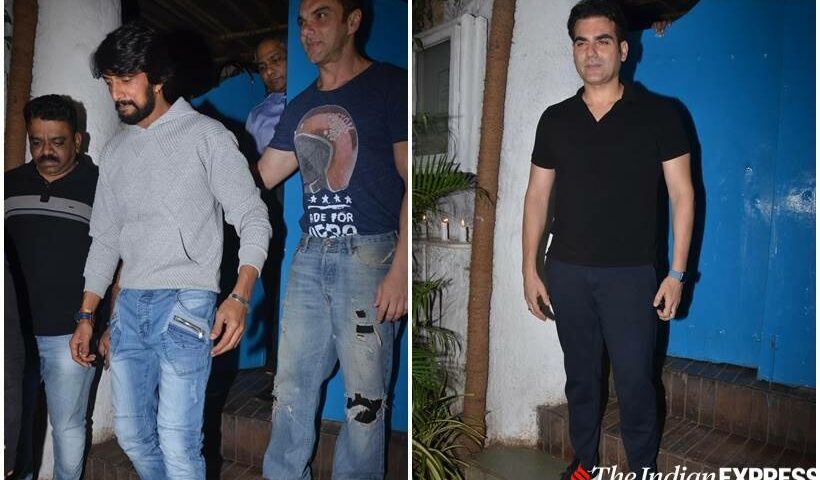 The FIR has been registered at the Khar Police station on a complaint by the Brihanmumbai Municipal Corporation. The FIR has been registered at the Khar Police station, where the three have been booked under the Epidemic Act, 1897 and Disaster Management Act, 2005 for not following COVID-19 guidelines.

According to the BMC, on December 25, the three returned from UAE. As per the COVID-19 rules currently in place, they were supposed to go for seven-day institutional quarantine. Officials said while leaving the airport, they told authorities they would stay at Taj Lands End, Bandra West, for seven days. But, the civic body has now found, they cancelled their bookings on December 26 and went home instead.

According to the FIR, Sohail Khan, however, has said that while he and Arbaaz arrived in Mumbai on December 25, his son Nirvaan landed from UAE on December 30. Khan further said their COVID tests were conducted at the airport and since the result came negative, they went home.

After a new strain of the coronavirus was found in UK on December 21, the BMC had issued guidelines, under which all passengers arriving from UK, the Middle East and Europe are to undergo mandatory 14-day quarantine. Of the 14 days, seven have to be in institutional quarantine with RT PCR test, and the rest can be spent in home quarantine.

Civic officials said that on Monday, they got information from an unknown person that the Khans had violated institutional quarantine, following which a BMC team contacted Sohail. The BMC also contacted the Taj Hotel to check for their bookings, and were informed that the three reservations were cancelled on December 26.

Sohail Khan lives in Salisbury Building in Khar West. “After inquiry, it was found they had violated the Epidemic Act, for which we filed a complaint at Khar Police station,” said a BMC official.

The civic body has now asked the three to go for 14-day quarantine at Taj Hotel. “Their COVID-19 test will be conducted after seven days. If it is negative, they will be asked to go in home quarantine,” said Pandurang Fundkar, Medical officer of Health of H-west ward (Bandra west).