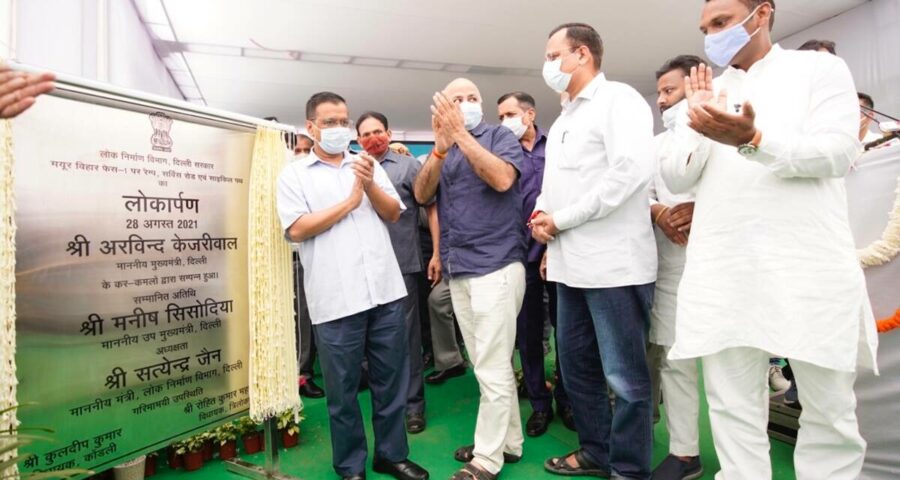 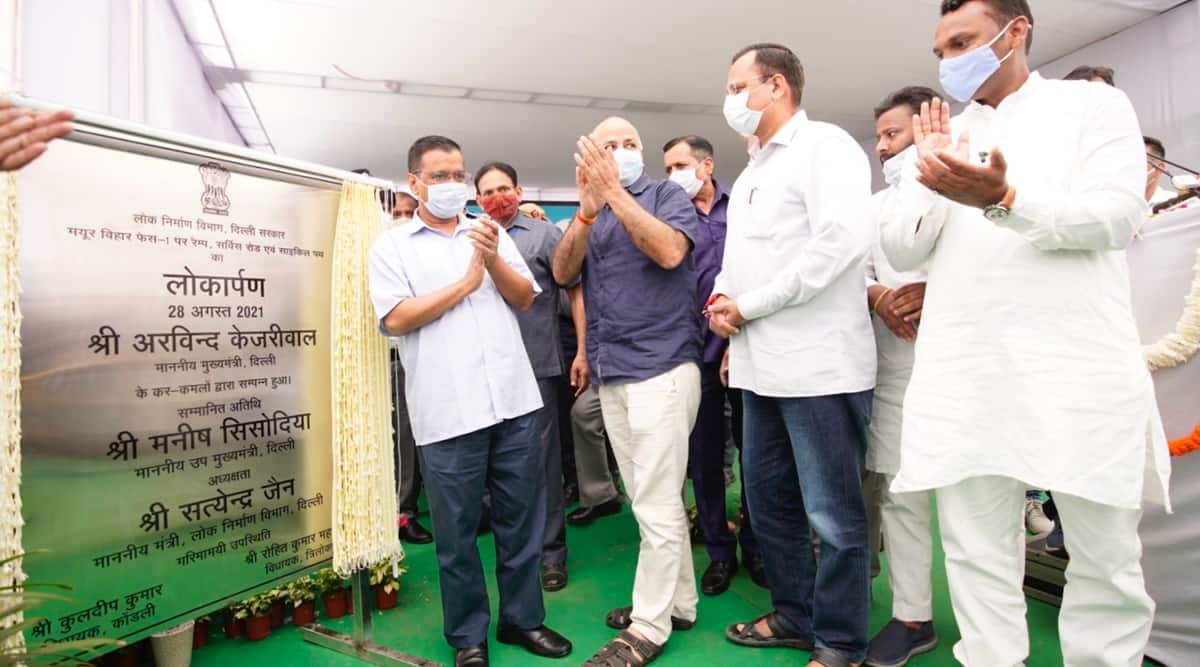 In a project expected to ease traffic and benefit commuters travelling from Mayur Vihar Phase-I to Noida and Akshardham, and vice-versa, a ‘cloverleaf’ loop, ramps, and service road were inaugurated by Chief Minister Arvind Kejriwal Saturday. The project is part of Barapullah Phase-III.

“The service roads, cloverleaf loop, ramps and cycle track being inaugurated today will bring a huge relief to the people of this region as well as entire East Delhi from traffic jams,” said the CM at the inauguration.

“Ever since the Aam Aadmi Party has come into power, lots of developmental projects have been taken up by various departments. The way PWD (Public Works Department) has been functioning is commendable. They finish projects before deadlines, complete them not only within the estimated costs but also save money, and craft more sustainable and cost-effective designs. This has been made possible because an honest government is in power. We will now take Delhi’s infrastructure to a whole new level,” he said.

Also present at the inauguration were Deputy CM Manish Sisodia and PWD Minister Satyendar Jain. PWD officials informed the CM that the land acquisition hurdle, which had slowed down progress on the elevated corridor of Barapullah Phase-III, has been cleared. The new deadline for completion of the phase is March 2023.

At least five minutes of commuting time will be saved while traveling through these ramps. According to the PWD, smooth and uninterrupted traffic on the ramps will also reduce emission by 2 tonnes of carbon dioxide per day. Approximately thirty thousand trees would be required to absorb such a large amount of CO2, the PWD estimates.

The ramps, service roads, loops, and cycle track cost Rs 60 crore. According to officials of the department, the ‘socio-economic saving’ facilitated by these will be Rs 11.3 crore per year. The PWD calculated this by taking into account the commuting time, fuel consumption and carbon dioxide emission.

The project had been slowed down due to the lockdowns, both in 2020 and 2021. Gulab (30), a labourer employed by L&T, the company working on the project, said he stayed back during both the lockdowns while most of his colleagues went back home. “My family is in Varanasi and I continued to stay at the labour quarters in Sarai Kale Khan. Those who stay in Delhi with their families and pay rent had no other option but to go back to their villages.”

Of 35 labourers, only around 15 stayed back, said Gulab.

The completed Phase III project will extend the Barapullah elevated road and connect Sarai Kale Khan with Mayur Vihar. Chander Kanta (29), a resident of Mayur Vihar, who was present at the inauguration, said that the ramps will make her life easier. “I keep traveling to that side since my maiden home is in Noida. There are times when we are stuck in traffic for almost half an hour. This will make our journeys more seamless.”