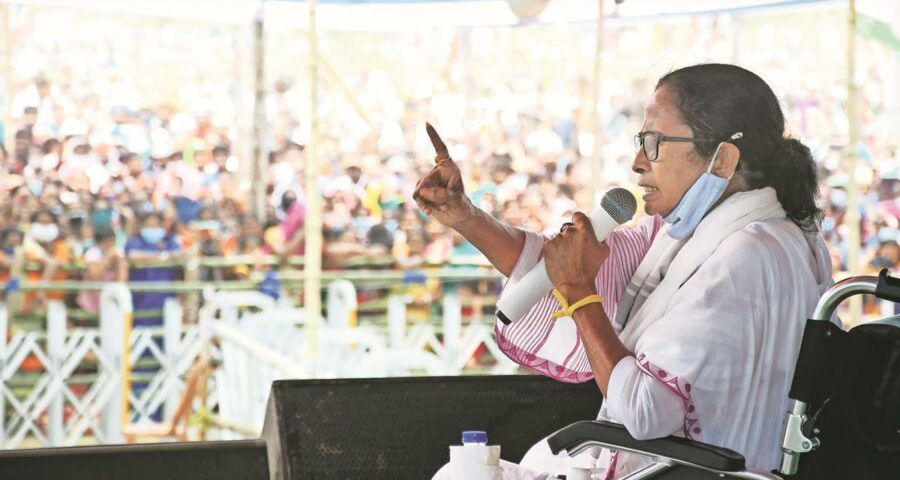 Mamata stressed that every Indian needs vaccine free of cost, regardless of their age and location. Hitting out at the BJP-led Centre over the disparity in the price of vaccines being supplied to the Union government, states and private hospitals, West Bengal Chief Minister Mamata Banerjee on Thursday said rates should be the same for every buyer.

Mocking the BJP over its slogan of ‘One nation, one party, one leader’, she stressed that every Indian needs vaccine free of cost, regardless of their age and location.

“One nation, one party, one leader shouts BJP all the time but to save lives they can’t have one price for vaccine. Every Indian needs free vaccine, regardless of age, caste, creed, location. GoI must fix ONE price for Covid vaccine irrespective of who pays Centre or the States,” the TMC supremo tweeted.

The Serum Institute of India on Wednesday announced that prices for its vaccine ‘Covishield’ have been fixed at Rs 400 per dose for state governments and Rs 600 per dose for private hospitals.

The Pune-based company sells Covishield to the Centre at Rs 150 a dose.

West Bengal on Wednesday registered its highest single-day spike of 10,784 new COVID-19 cases, which took the tally in the state to 6,88,956. The death toll rose to 10,710 after 58 fresh fatalities were reported.