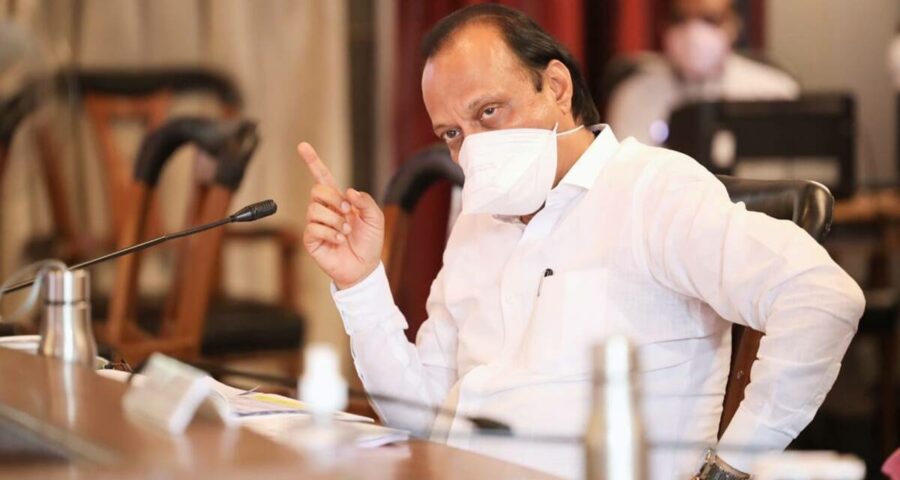 Deputy chief minister Ajit Pawar said Bharat Biotech had asked for 11.58 hectares in Pune district to set up a vaccine manufacturing plant, and that the government was actively providing assistance. The state government will urge Bharat Biotech, the Hyderabad-based firm that is manufacturing the Covid-19 vaccine, to reserve 50 per cent doses manufactured at its proposed Pune plant for supply within Maharashtra, said deputy chief minister Ajit Pawar on Friday.

Pawar chaired the weekly Covid-19 review meeting at Pune’s Council Hall. The administration discussed plans to deal with mucormycosis infections being detected in some Covid-19 patients.

Pawar said Bharat Biotech had asked for 11.58 hectares in Pune district to set up a vaccine manufacturing plant, and that the government was actively providing assistance.

“Pune divisional commissioner and district collector are going to process the request for the land at the soonest. They will also work on speedy approval for the provision of water, electricity and other essentials for the plant. It may take up to three months until the vaccine production commences at the plant. The company will have to provide 50 per cent of the produced vaccine to the central government. However, we will request Bharat Biotech to reserve the rest (of the vaccine) for use within the state,” he said.

Pawar also said the central government should regularly provide details about foreign aid received and its distribution among states. He also slammed criticism by Pune BJP leaders that the state government had deliberately delayed permission to the PMC to float a global tender to procure 25 lakh vaccines for Pune city.

“I have received a letter from BJP’s Ganesh Bidkar on this issue. I must make it clear that the PMC does not need permission from the state government to float a global tender for vaccine procurement. I checked this information from the secretary of the urban development department (Bhushan Gagrani) and principal secretary Mahesh Pathak. The BMC took a decision in this regard on its own. Hence, what BJP leaders are saying has no meaning,” he said.

The deputy chief minister said mucormycosis infections was an area of concern and the administration had stepped up efforts to ensure that patients got timely treatment and requisite medicine for the same.

“Mucormycosis patients have been identified in Pune, Pimpri-Chinchwad and rural areas. The treatment involves expensive injections, which may cost up to Rs 15 lakh. We have included the ailment under the flagship Mahatma Phule Jan Arogya Yojana (MPJAY) so that people can get treatment under the scheme,” he said.

He said the administration was conducting a fire and electricity audit of all hospitals in the district after fire incidents at hospitals in Mumbai. “We have reports that some hospitals did not allow our teams to go ahead with the audit. Today (Friday), I instructed police that they should take strict action against such hospitals. It is something that will be good for all,” he said.