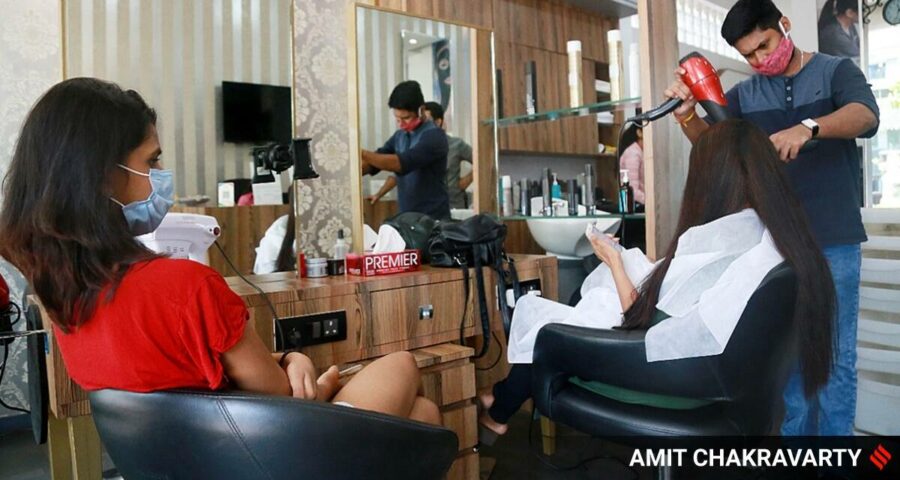 The government of Maharashtra late Friday started a five-level lockdown plan for the state based on the positivity rate and occupancy of oxygenated beds in each district.

The plan will come into effect as soon as district and civic authorities issue orders in their respective areas.

Under the plan, districts falling in “Level 1” will have the least restrictions, while those in “Level 5” will have near lockdown-like curbs.

Malls, theatres and all shops can resume normal operations in Level 1 districts. In Level 2 districts, malls and theatres can operate at 50 per cent capacity while in districts falling in Levels 3, 4 and 5, these can function with some restrictions. Mumbai falls under level 2.

Manufacturing and other industries can resume operations in Level 1 and 2 areas without restrictions, and with some restrictions in the rest.

Addresing a press conference on Thursday, Relief and Rehabilitation Minister Vijay Wadettiwar had said, “In Level 1, there are 18 districts which will witness unlockdown. While five districts will see Level 2 of unlockdown, there are 10 districts in Level 3 and two in Level 4. The rest will be in Level 5.”

According to the notification, the situation will be assessed every Thursday by the state public health department, which will declare the occupancy of oxygenated beds and positivity rate of the state and every district. The State Disaster Management Authority will disaggregate the parameters and which level of restrictions will apply in each district and administrative unit.

An official from the relief and rehabilitation department said that an umbrella order has been issued for the entire state. Each city or district would need to issue their own set of orders depending on bed availability and positivity rate.

The orders were signed by Chief Secretary S J Kunte late on Friday.

Cities and districts with less than 5 per cent positivity and less than 25 per cent occupancy of oxygenated beds will come under Level 1. Shops and malls will be allowed to operate as per pre-lockdown timings here. Restaurants, local trains, and parks will also be operational. Private and government offices, sports activities, shooting, marriages, funerals, society meetings, elections, construction, agriculture, e commerce, gyms, salons, spas, buses, cargo movement, inter-district transport (except if passing through containment zones) and manufacturing can go back to normal operations.

Areas with less than 5 per cent positivity and oxygenated bed occupancy between 25 and 40 per cent will fall under Level 2. Here, there will be curbs on attendance in closed places and group movements.

Under Level 3 will come areas having positivity between 5 and 10 per cent and oxygenated bed occupancy more than 40 per cent. Here, there will be no movement post 5 pm.

Shops can operate till 4 pm and malls, theatres, and single screens will remain closed. Restaurants can operate at 50 per cent dining capacity till 4 pm and thereafter be open for only deliveries. Local trains will operate only for people belonging to the essential services category. Public places and parks can remain open from 5 am to 9 pm. Private offices can be open on all days till 4 pm. Government office attendance will be restricted to 50 per cent. Sports activities will be allowed from 5 am to 9 am and 6 pm to 9 pm. Shooting will be allowed provided there’s a bio bubble and no outside movement will be permitted post 5 pm.

Under Level 4 comes areas having positivity between 10 and 20 per cent and having oxygenated bed occupancy more than 60 per cent. Here, too, there will be no movement post 5 pm and additionally on weekends as well.

Essential shops will be open till 4 pm while non-essentials will remain closed. Malls, theatres, single screens and auditoriums will be closed and restaurants will have only takeaways.

In public transport, only 50 per cent of passengers will be allowed. Manufacturing will happen at 50 per cent capacity as well.

Under Level 5 falls areas having a positivity rate more than 20 per cent and having oxygenated bed occupancy of more than 75 per cent. Here, there will be no movement at all.

Only essential shops will be allowed to operate till 4 pm. However, there will be no restrictions on medical shops. Non-essential shops, theatres and malls will remain closed. Restaurants will be open only for deliveries. Here, trains can be availed only by medical personnel. Public parks will remain closed. Private offices will be operational only for people belonging to the exempted categories and government offices can have 15 per cent attendance.

Shooting, sports, gatherings won’t be permitted and marriages can be attended only by family members. Funerals can have a maximum of 20 people and society meetings have to happen online. Construction will be allowed with on-site labour and agricultural shops will be allowed till 4 pm. Gyms and salons will be closed and public transport can run at 50 per cent capacity. Cargo movement and inter-district movement will be allowed after e-passes are obtained. Manufacturing sector has been given the nod but with 50 per cent of the workforce.