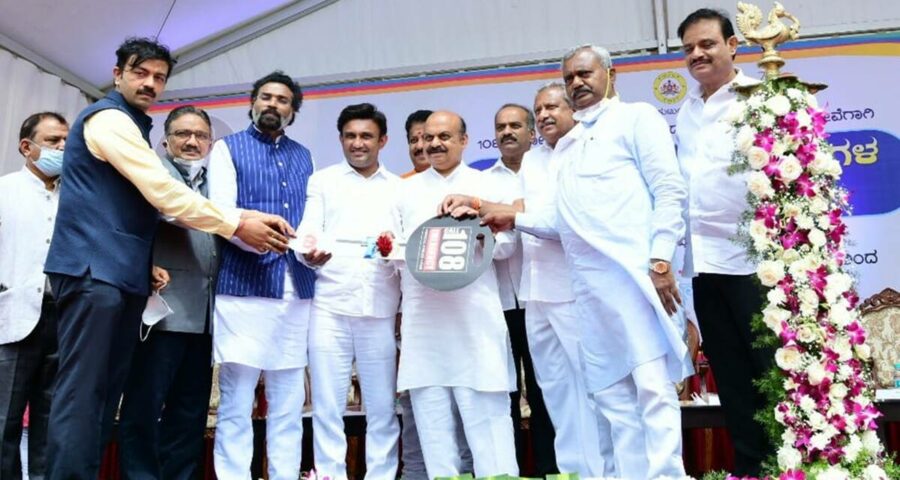 The CM was flagging off 120 advanced life support (ALS) ambulances under the Arogya Kavacha scheme. The scheme, introduced by the previous CM B S Yediyurappa, will be given a further facelift, Health Minister K Sudhakar said. Karnataka Chief Minister Basavaraj Bommai Sunday said that the state was taking a “scientific approach” towards strengthening the health infrastructure across hospitals at different levels.

“Health infrastructure is now being strengthened at local and taluka levels. With primary healthcare centres (PHCs) and community healthcare centres (CHCs) undergoing upgrades, we have decided to expand the fleet of ambulances ready to extend their reach as well,” Bommai said in Bengaluru.

The CM was flagging off 120 advanced life support (ALS) ambulances under the Arogya Kavacha scheme. The scheme, introduced by the previous CM B S Yediyurappa, will be given a further facelift, Health Minister K Sudhakar said.

“If technologies like GPS and mobile apps are adopted, it can be ensured that the ambulance reaches the patient within 10-15 minutes. The mapping of hospitals helps to identify the nearest available hospitals and also brings in transparency,” Sudhakar explained how the new ALS ambulances would enhance health services.

The minister noted that it takes about 30-45 minutes for an ambulance to reach a patient. “We are working to bring down the turnaround time to 10-15 minutes by using technology and also increasing the number of ambulances,” he said.

At the same time, health officials added that a total of 710 ambulances were operating at present under the Arogya Kavacha-108 scheme. “The 120 flagged off today will add up to 275 ALS ambulances available in the fleet in total. With this, 30 per cent of the total ambulances in service under the 108 scheme will have the ALS feature,” a senior officer added.

Further, Sudhakar highlighted that there is one ambulance each for one lakh people in the state at present. “The government aims to increase it to make an ambulance available for every 45,000 to 50,000 people in the state. Training will be provided to drivers and paramedical staff to make the service more people-friendly,” he announced.