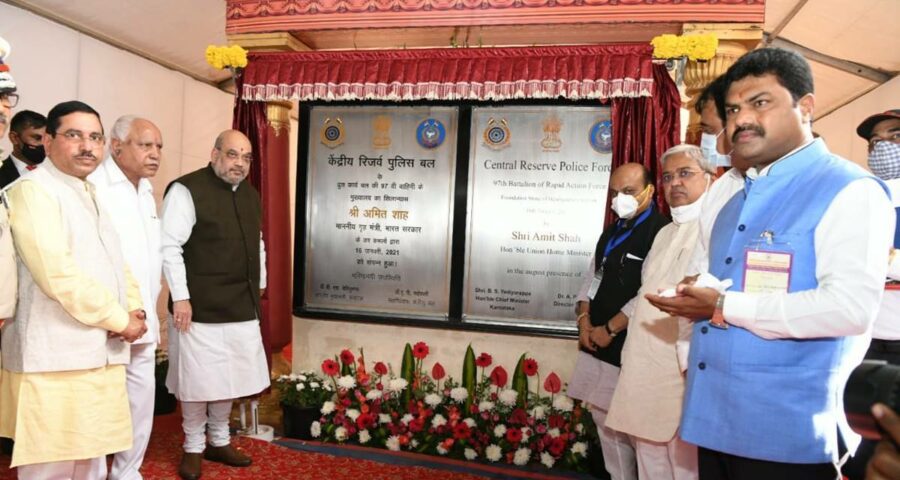 The ground-breaking ceremony for the campus, which was inaugurated by Shah in the presence of Chief Minister B S Yediyurappa and other state ministers, saw a banner put written only in Hindi and a plaque having Hindi and English. 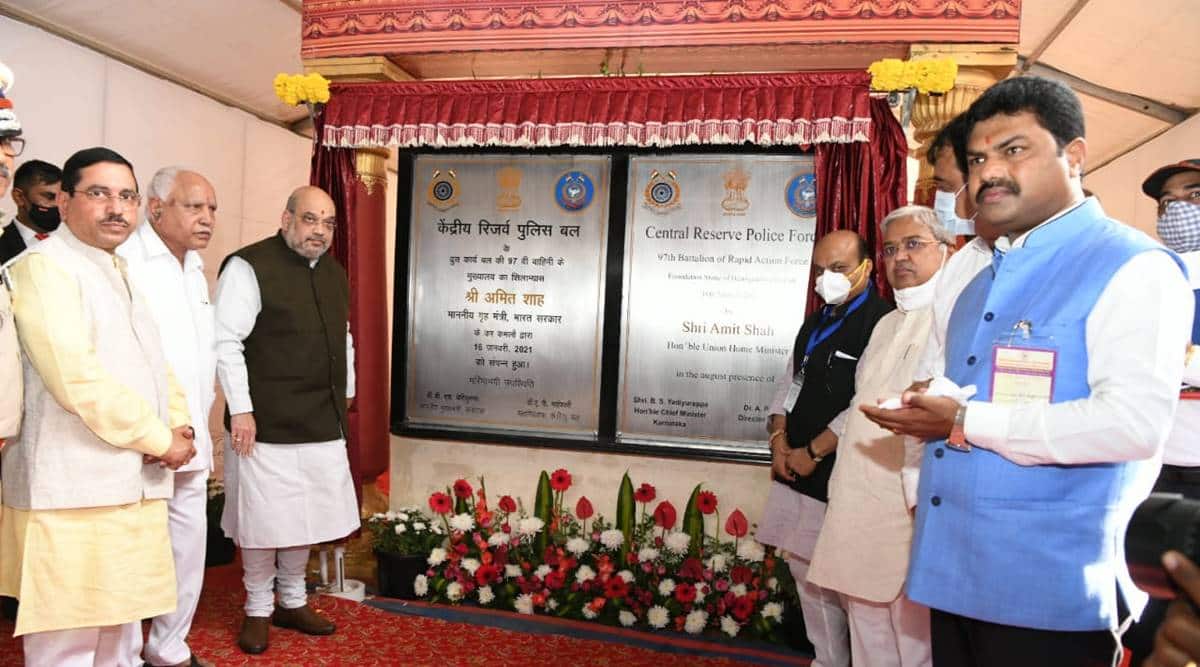 Union Home Minister Amit Shah and the BJP-led Karnataka government received severe backlash from the Opposition and Kannada activists on Sunday for giving preference to Hindi over regional language Kannada at the ground-breaking ceremony for the new Rapid Action Force campus at Bhadravathi, Shivamogga district.

The ground-breaking ceremony for the campus, which was inaugurated by Shah in the presence of Chief Minister B S Yediyurappa and other state ministers, saw a banner put written only in Hindi and a plaque having Hindi and English.

The pictures from the event soon became a talking point on social media with pro-Kannada activists and opposition parties taking to Twitter to express their outrage at the neglect of Kannada in the state. Over 25,000 tweets on #NoToHindiSlavery’s Kannada counterparts were reported around till Monday morning.

Narayanagowda T A, president of Kannada Rakshana Vedike, a pro-Kannada group, said, “Karnataka had not joined the Indian Union to be a slave for Hindi. We are a part of the Union as pure Kannadigas and will remain so. We have not permitted anyone to sit on our heads.”

Former Chief Minister and JD(S) leader HD Kumaraswamy condemned the prominence given to Hindi over Kannada. In a statement said, Kumaraswamy said: “It is an unpardonable act that despite getting land from Karnataka for the RAF unit, Kannada has been completely ignored in the foundation stone plaque. Amit Shah should clarify to Kannadigas on the episode of violation of three-language formula in the plaque.”

The former CM said it was the responsibility of the Centre to show due respect towards the languages of the state but “violation of such a sensitive norm by the Union Home Minister himself is an insult to the Kannada language as well as Kannadigas”.

He accused CM Yediyurappa and his deputy of “choosing to ignore dignity and honour” of Karnataka and its language. “Those who tolerate insult to the dignity and honour of land as well as its language are not fit to hold the reigns of state’s administration. The act and behaviour of the Union Home Minister, Chief Minister and Deputy Chief Minister are nothing but betraying Kannadigas,” he said.

Backing Kumaraswamy, DMK leader Kanimozhi on Monday said the Union government should respect the culture and language of each state instead of imposing Hindi.

Karnataka Congress president D K Shivakumar also accused the BJP government of not showing interest in regional languages and asked the state BJP unit to apologise to the people. “They have forgotten it is a federal structure in the constitution. So, they are trying to create confusion and differentiate among States. We condemn what the BJP has done. They lack common sense,” he said.

Leader of Opposition in the Legislative Assembly Siddaramaiah said that despite these efforts, the imposition of Hindi on Kannadigas is not easy. “It is a crime. I condemn it,” he said.

Twitter users also found an old tweet of BJP’s national youth wing president and Bengaluru South MP Tejasvi Surya where he had said that he would be the first to protest if Kannada was excluded from official boards in Karnataka.