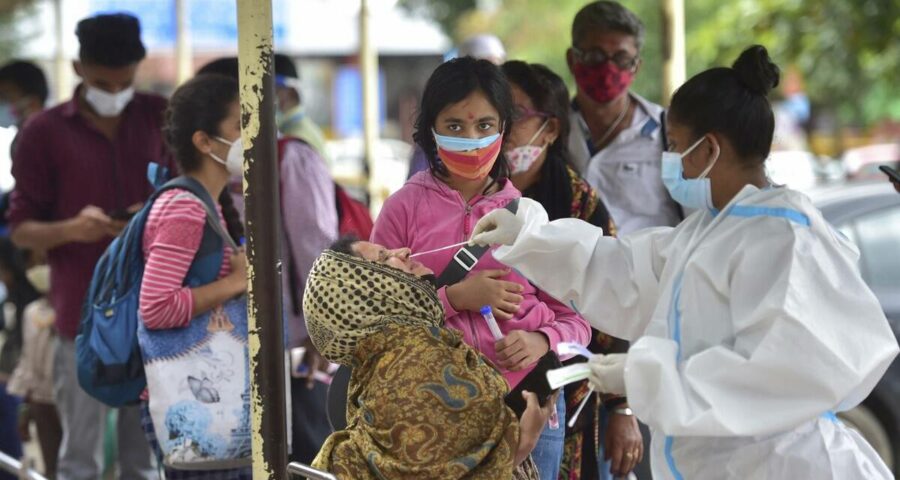 The day also saw 2,039 discharges with recoveries continuing to outnumber fresh cases. 28,38,717 recoveries have been recorded in the state so far.

Bengaluru Urban reported 354 new cases and 484 discharges together with five deaths, the health department said in a bulletin.

The total number of active cases in the state stands at 22,487.

While the test positivity rate was 1.46 per cent, the Case Fatality Rate (CFR) was 2.13 per cent. Districts that reported most number of Covid-related fatalities apart from Bengaluru Urban were Hassan (4),  Kolar, and Belagavi (3 each).

At the same time, as many as 2,29,945 more doses of Covid-19 vaccine were administered in the last 24 hours across the state.

School reopening likely to be delayed

The Karnataka government’s decision on reopening of schools, after nearly a year and a half due to Covid-19 pandemic, is likely to be delayed further due to the political situation in the state.

However, the Director of Public Instruction (DPI) has handed over its report to the government on Monday recommending the reopening of schools from August 1.

As per sources in the directorate, the report has indicated that classes for higher classes (Class 6 and above) could be reopened in the first or second week of August followed by classes for younger students a week later.

Meanwhile, an official told Indianexpress.com that a final decision would be taken at least by the first week of August.

“The decision will not be pushed any further than August 7. With the nod of the expert panel to hold classes for students in schools, reopening schools at the earliest is the recommendation made by all stakeholders involved in the process including school managements and parent representatives,” the official said.

Last week, Primary and Secondary Education Minister S Suresh Kumar had announced that a decision would be taken on Monday or Tuesday on reopening of schools. However, with the council of ministers now dissolved following Chief Minister B S Yediyurappa’s resignation, the process is likely to face more delays.