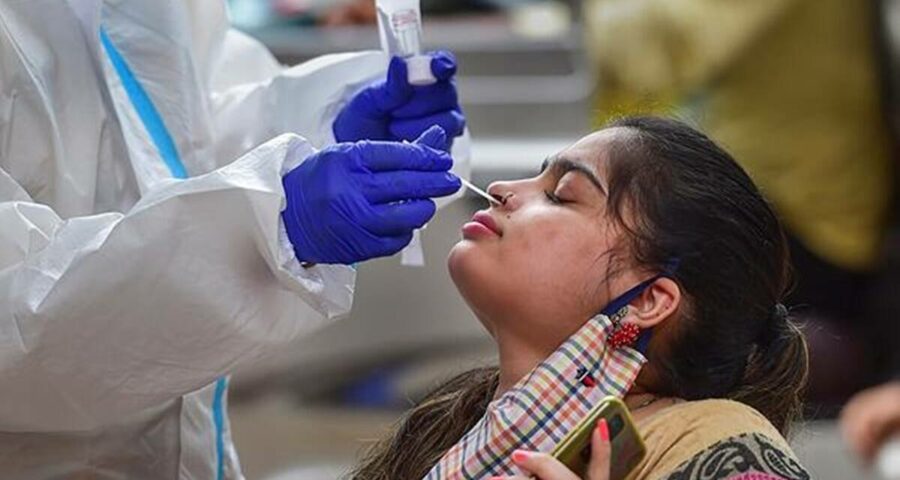 Karnataka Bengaluru Coronavirus (Covid-19) Latest News Live Updates: Cumulatively a total of 3,28,89,270 samples have been tested, of which 1,49,731 were tested on Monday alone. Catch the latest news in Bengaluru and Karnataka as we bring you live updates on COVID-19, COVID-19 vaccination and lockdown across the state and more throughout the day. Also read Chennai Hyderabad news

A total of 173 volunteers fed over 1.91 lakh dogs meals over the last twenty days across Bengaluru according to BBMP.

A total of Rs 11.6 lakh has been spent on the programme till now, the BBMP said. The BBMP, along with various organisations, is feeding strays, which earlier depended on hotels, restaurants and marketplaces for food.

BBMP is providing 250 grams of food to each dog which will cost the civic body approximately Rs 5.60 per canine. “We are providing rice, meat and eggs which are all cooked with the help of groups that have come forward to help the strays,” Dr Manjunath Shinde, Joint Director (Animal Husbandry, BBMP).

The Karnataka Department of Health and Family Welfare Services late evening said a total of 10,55,272 doses of Covid vaccines were administered till 7.30 pm across the state. Of these, over 6.96 lakh doses were received by beneficiaries aged between 18 and 44, while another 2.52 lakh people aged 45 and above got their first jab.

In total, 9.76 lakh vaccines were first doses while 76,118 people received their second jabs since Monday morning.

Narayan, who also heads the State Covid-19 Task Force, said the recruitment is part of its preparedness to face any future exigencies including third wave of Covid-19 pandemic.

He said the government will focus on upgrading the medical infrastructure and facilities in rural areas by upgrading the community and primary health care centres, besides taluk and district hospitals.

The Karnataka government on Monday added six more districts to the list of 17 districts under “Unlock 2.0”, where Covid-19 curbs have been relaxed, allowing hotels, gyms, and public transport bus services to resume operations.

Udupi, Bengaluru Rural, Shivamogga, Ballari, Chitradurga and Vijayapura have been placed under Category-1 after considering the weekly moving average positivity rate and also taking into account the consistent declining trend of the Covid case positivity rate, the state government said in its order.

Earlier, the government had issued guidelines on Saturday, further relaxing the Covid-19 curbs in 17 districts where the positivity rate is below 5 per cent, including Bengaluru, that came into effect from 6 am today, allowing all shops to function from 6 am to 5 pm and public transport to resume operations with 50 per cent capacity. In all, the government has now relaxed Covid-19 restrictions in 23 districts.

After Kannada Development Authority (KDA) expressed disappointment over Kannada being dropped from the list of languages to impart training to MPs, legislators from Centrally administered territories and officials, the Parliamentary Research and Training Institute for Democracy (PRIDE) has issued a statement including the language to the list.

PRIDE under Lok Sabha Secretariat had earlier announced it will start training in six Indian languages – Gujarati, Bengali, Marathi, Odiya, Tamil and Telugu and six foreign languages – French, Spanish, German, Japanese, Russian and Portuguese. Kannada was not included in the list despite having classical language status.

However, according to an official release issued on Sunday, PRIDE will organize an Online Indian and Foreign Language Learning programme for Members of Parliament, State/UT Legislators, officials and family members in ‘all Indian Languages of 8th Schedule of Indian Constitution’. Om Birla, Speaker, Lok Sabha will virtually inaugurate the Language Learning programme on Tuesday.

Four years after he was arrested from Agartala for his alleged involvement in aiding a terrorist attack at the Indian Institute of Science (IISc) in Bengaluru in 2005, Habeeb Miya, 40, a driver, was released last week after the NIA Special Court said police had failed to establish a prima facie case against him.

A visiting professor from Delhi, M C Puri, had died in the IISc attack on December 28, 2005.

Habeeb Miya, who was arrested in March 2017, was alleged to have helped a key accused, Sabauddin Ahmed, cross over to Bangladesh, both before and after the attack. Ahmed was picked up from Nepal in early 2008.

Acting on a complaint lodged by former Minister and JD(S) MLA S.R. Mahesh, the State government has ordered a probe into the renovation work taken up at Jala Sannidhi, the heritage structure housing the official residence of the Deputy Commissioner of Mysuru.

S.R. Mahesh lodged complaint against the renovation work at Jala Sannidhi during the tenure of IAS officer Rohini Sindhuri as Deputy Commissioner, the Principal Secretary to the Revenue Department has written to the Regional Commissioner of Mysuru to inquire into the claim that the renovation work was taken up without the approval of the Heritage Conservation Committee.

In a letter on June 18, he has asked the Regional Commissioner of Mysuru to submit a report on the matter to the government within seven days.

AICC general secretary in charge of Karnataka, Randeep Singh Surjewala, on Monday warned Congress leaders in the State against issuing statements on the Chief Ministerial candidates of the party for the 2023 Assembly elections.

“I have noted with concern that certain individuals in the Congress party have recently become prone to issuing statements about leadership in the State or leadership post a Congress government formation. I take this opportunity to forewarn them to avoid such comments completely,” he said in a press statement

He said the central Congress leadership and party MLAs would decide on the issue at an appropriate time and all Congress leaders would fight the battle together in the interest of the public. “Like Arjuna in Mahabharata, this should be our only goal,” he said.

Good morning!
Welcome to the live blog from Bengaluru where we bring to you the latest updates on COVID-19 vaccination drive, COVID-19, lockdown, BBMP and more across Bengaluru and Karnataka. Follow the blog to stay up to date with the state in real time.

An interim report submitted by a high-level committee constituted by the Karnataka government “to analyse, advice and control Covid-19 third wave” has recommended reopening of schools in a staggered manner, with on-campus classes first beginning for senior-level students.

Environmental activist Greta Thunberg-backed Fridays For Future (FFF) has launched an online campaign against the proposed cutting down of 6,316 trees on the outskirts of Bengaluru to rejuvenate the Singanayakanahalli lake as a part of the Hebbal-Nagawara Valley Project.