Rate fixation of paddy transplantation has cropped up as an issue in many villages of Punjab, which are witnessing easy availability of migrant labour. 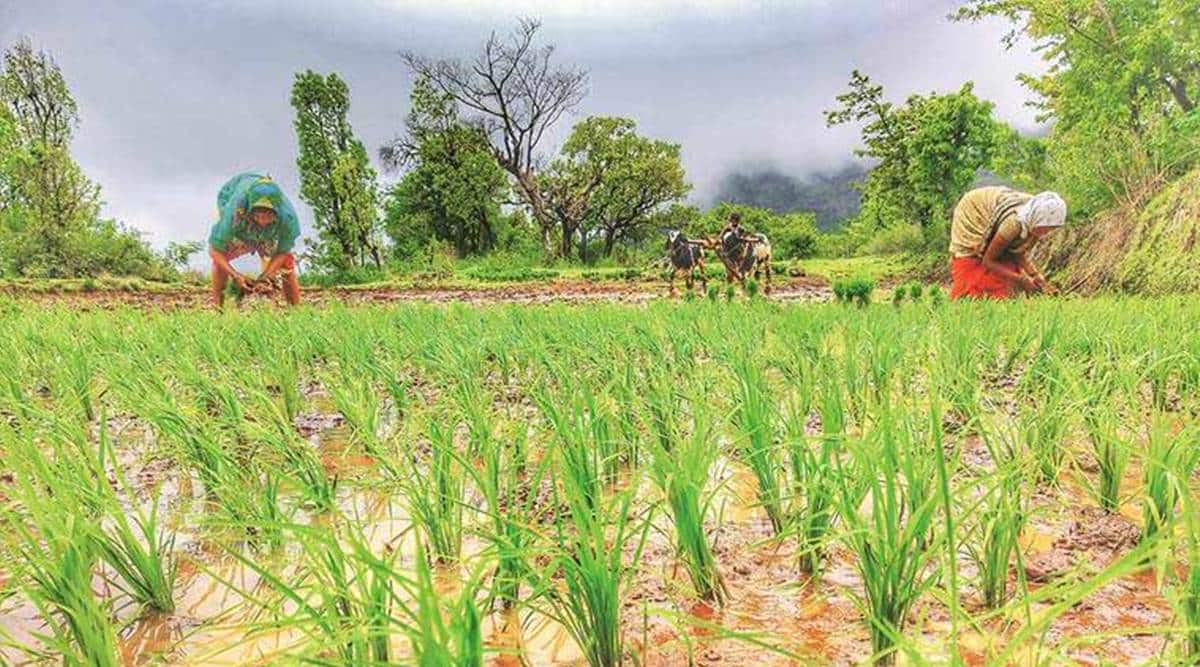 DALIT LAND labourers in Matti village of Mansa have taken a stand against their landowners, leading to a face-off over rate fixation for paddy transplantation in the region.

Rate fixation of paddy transplantation has cropped up as an issue in many villages of Punjab, which are witnessing easy availability of migrant labour. The panchayats of many villages have moved in and have started offering less per acre for paddy transplantation, leading to a face between the labourers, mostly Dalit, and their landowners. Protests have already happened in villages of Ludhiana and Sangrur as well.

On Thursday, around dozens of land labourers of Matti organised a ‘Dalit Lalkar Rally’ in the village, that found support from various quarters, including the Mazdoor Mukti Morcha — the Punjab affiliate of the All India Agricultural Labour Association, the agriworker wing of Communist Party of India (Marxist-Leninist) Liberation.

Bhagwant Samao, president of Mazdoor Mukti Morcha, said, “Most of these labourers are from Dalit families. Last year, Rs 3,500 per acre was the rate given to farm labourers in this village for paddy transplantation. This year too, initially the panchayat had agreed to the old rate. Later, however, some migrant workers came from UP and Bihar and were ready to work at Rs 2500- 2600 per acre as well. Soon after, the village panchayat announced that they will not give more than Rs 2900 per acre to the Dalit families of the village. A number of them were also told to leave the transplantation work and go back to their houses.”

“On June 15, village sarpanch Sukhwinder Kaur had called a meeting at her house to resolve the issue. Around 7-8 labourers while more than 30 landlords were present. During discussions, one Gora Singh (husband of one of the panchayat member) allegedly even turned violent and beat up a Dalit woman, Gurpreet Kaur, who was present in the meeting. No one objected to this,” said Janta Singh Matti, a member of the village unit of Mazdoor Mukti Morcha.

Sukhpreet Sukhi, another villager added, “Moreover, it was surprising that for the labourers, there were no chairs, while the landlords were offered seating spaces. It was so humiliating to think that even now, Dalits are not treated as equals.”

Following the beating incident of June 15, Dalit labourers on Thursday gathered in large numbers near the village dharamshala to voice their protests. “We have already submitted an application in Bhikhi police station demanding an FIR against Gora Singh under SC/ST Act and a case against the sarpanch who had called the meeting. Kaur is the sarpanch of the entire village and not just of the landlords,” said Samao .

He added, “If our demands are not met, we will gherao the police station of Bhikhi on June 19.”

Contacted, sarpanch Sukhwinder Kaur, said.”There is some issue regarding paddy transplantation rates here. They [the labourers] are our own.. we will resolve the issue soon as we all have to live together here. ”

Meanwhile, Samao, during Thursday’s Dalit rally said that both the labourers and the Gorar Singh had been summoned to Bhikhi police station, where Singh offered an apology for disrespecting Dalits and beating up a woman. The protesters, however, said they have not accepted the apology. “They should apologise in the panchayat as they insulted Dalits in front of the entire panchayat,” said Samao.