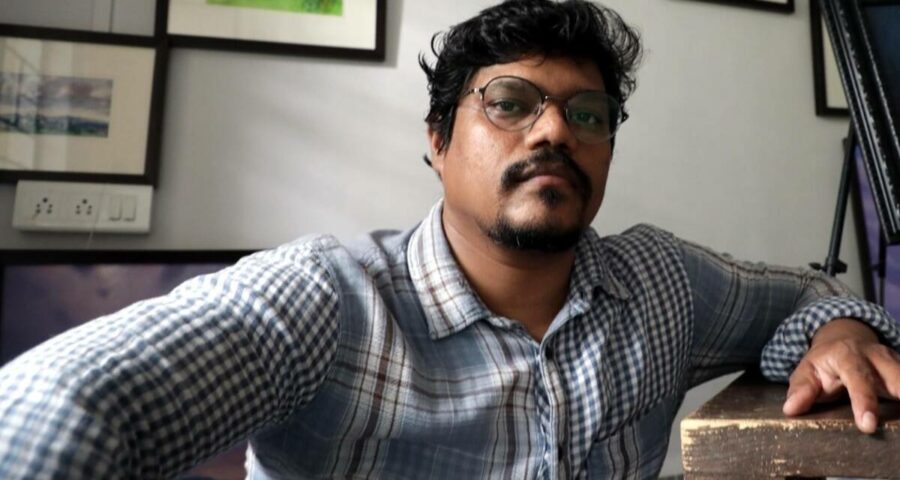 Azharuuddin Inamdar used to document nature, now he survives on pills and memories In a small studio at his home in Khadakwasla, an artist is struggling to make a drawing. The only works that Azharuuddin Inamdar is able to create are portraits of his mother, Naseem Inamdar, whose Covid treatment he was unable to pay for in August. “I am an artist of nature but now, it is only my dead mother’s face that I see before me. The hospital had asked for a deposit of Rs 50,000 for her treatment and I did not have the money,” he says.

Inamdar is a winner of 21 awards, including the Camel Art Foundation’s National Award in 2008 that enabled him to visit Europe on a study tour. He has exhibited at a number of prestigious venues, including the Jehangir Art Gallery in Mumbai. His canvases sensitively document the scenes around Pune, from green hills after rain and waterfalls gushing out of rocks to the traffic on ochre evenings.

Now, Inamdar keeps pills, prescribed by a psychiatrist, on his table. They calm his mental turmoil but “also make one sleepy”.

Artistes are among the worst affected by the pandemic, as the lockdown put an end to their livelihood. The majority of artists have received no boost from the government, private arts organisations or festivals. Inamdar, for instance, was employed as a teacher with an institute that terminated his services during the first lockdown last year. Patrons who had commissioned works pulled back as the financial condition of the country became uncertain. “Some people have told me that art is not an essential service,” he says.

When his mother fell ill in August with suspected Covid-19, Inamdar had to turn to friends, acquaintances and strangers for funds. His mother died a few days later, when Inamdar, too, was in an ICU being treated for Covid-19. His friends set up a WhatsApp group to raise funds for them.

“I did not see my mother’s body. She was given over to an organisation that arranged for her burial,” he says.

From the time he has returned home after his treatment, Inamdar has been on medication for depression. “Art has been my most important means of expression but I am unable to render my thoughts through drawing any more. Art is also difficult to sustain since canvases and other raw material are expensive. With most galleries closed, we can’t even look forward to holding exhibitions and selling our work,” he says.

At his home, a collection of artwork is awaiting connoisseurs and he has slashed the rates to attract buyers. “Society drives us to desperation and, when our resilience cracks, they say that artists are mad,” he says.

He obsessively makes portraits of his mother as a way out of the shock of her death and to understand the unfamiliar new world that Covid-19 has created. “Coronavirus has killed hope… and it is art that can restore life to a struggling world,” he says.