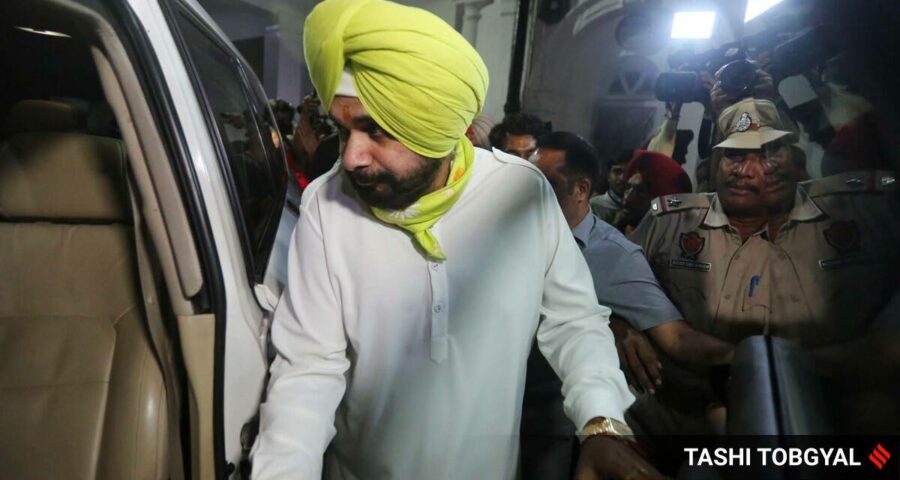 The protagonist of the Twitter assault in Punjab politics is undoubtedly Navjot Singh Sidhu who took on the then Chief Minister Capt Amarinder Singh through a series of tweets beginning April this year. From making crucial political announcements to targeting opponents with the choicest barbs, Twitter has emerged as the most desired platform for Congress leaders in the ongoing turmoil within the party in Punjab.

Almost every day sees one tweet or the other is posted by the leaders who are at the centre of the political drama being played out in the Punjab Congress. More often than not these tweets result in counter-tweets by the person who has been targeted and result in front-page headlines in newspapers and panel discussions on television channels.

The politicians realise the reach of social media and therefore not only are the tweets circulated widely but screenshots of the tweets are also shared on Whatsapp to increase their reach in rural areas and among those who may not be on Twitter.

The protagonist of the Twitter assault in Punjab politics is undoubtedly Navjot Singh Sidhu who took on the then Chief Minister Capt Amarinder Singh through a series of tweets beginning April this year. Sidhu had been using the micro-blogging medium very effectively all through his campaign to unseat Capt Amarinder as the CM and his social media offensive caused much discomfort to the Amarinder camp who complained to the Congress high command about it.

Sidhu’s appointment letter as the Pradesh Congress President was also tweeted out by the Congress as was the sudden decision to hold a CLP meeting to elect a new CM. A tweet put out by the then Punjab in-charge Harish Rawat at nearly midnight on September 17 made the announcement that a meeting had been called on September 18, thus catching the Amarinder camp unaware.

The bitter haggling which took place among Congress leaders following Capt Amarinder’s resignation as the CM also climaxed on Twitter when Harish Rawat tweeted on September 19 that Charanjit Singh Channi had been elected leader of CLP and hence the next CM. Till that tweet, there was barely any information in the media that Channi was the dark horse in the race as several other names remained in the focus.

The storm within the Congress did not abate on Twitter with the new CM taking over. On September 28, Sidhu dropped a bombshell via Twitter when he put out his resignation as the state Congress Chief on the issue of tainted ministers and officials being appointed by the Channi government. It did not take long for Capt Amarinder to use Twitter to hit back at Sidhu and call him “unstable”.

The political landscape in Punjab had not seen such intense warfare on Twitter till now as the politicians were more attuned to using soundbites on cameras and statements to newspapers to make their point. However, soon even other parties caught onto the game and used Twitter to hit out at the Congress for the ongoing strife in the party.

Senior SAD leader Bikram Singh Majithia, who is a repository of wicked wit, has also been using Twitter to hit out at the state government. On Police commemoration day, he mocked an advertisement put out by Jalandhar police which had only photographs of the CM, DGP and senior police officers. “Parmatma ehna sab nu lambi umar bakshe (May God grant them long lives),” he tweeted with a smiley.

When Charanjit Singh Channi took on the role of a hockey goalkeeper in Mohali two days back, Majithia against took a swipe at him on Twitter. “Seems he is practising to defend his goal from @sherryontop alias Thoko Taali. Te Channi saab aaya nazara, stadium Badal saab ne banaya,” he Tweeted. However, unbeknownst to all, the Congress trump card on the Twitter battlefield was held by former state Congress chief, Sunil Jakhar. A stoic politician, Jakhar took like a duck to water on Twitter when the Channi-Amarinder duel began.

The senior Congress leader who was pipped to the CMs post has put out a series of hard-hitting tweets, a few of which are quite cryptic and need some serious thinking to decipher.

Jakhar set the ball rolling when the CLP meet was called to elect a new CM, hailing Rahul Gandhi and calling the move an “Alexandrian solution to this Punjabi version of Gordian knot”. While journalists were deciphering this phrase he fired another volley targetting Harish Rawat and taking him on for saying that the next elections will be fought under Navjot Singh Sidhu.

Upon Sidhu’s resignation, Jakhar reacted with alacrity tweeting, “It’s just not cricket”. He again took on Sidhu on Twitter by saying “enough is enough” on the issue of appointments of Advocate General and DGP.

Soon enough, Congress leaders moved to more pressing issues at hand and it was time for a one-on-one sparring bout on Twitter between Home Minister Sukhjinder Randhawa and Capt Amarinder Singh over the latter’s Pakistani friend Aroosa Alam. After several bitter exchanges, Randhawa beat a hasty retreat over an inquiry into Aroosa’s alleged ISI links and it was time again for Sunil Jakhar to hold centre stage again on Twitter. He referred to her as a Czarina in veiled terms and the coterie of Capt Amarinder as “Rasputins”.

When certain former ministers and close supporters of Capt Amarinder put out photographs of their meeting with Rahul Gandhi, Jakhar was quick to call them “rats jumping off a sinking ship” in his tweet.

Sports and Education Minister in the Channi government, Pargat Singh has also joined the fray. Hitting out at Capt Amarinder Singh for forming a new party, Punjab Lok Congress, Pargat tweeted that it was neither for Punjab nor for the ‘Lok’ (people) and it was certainly not Congress.