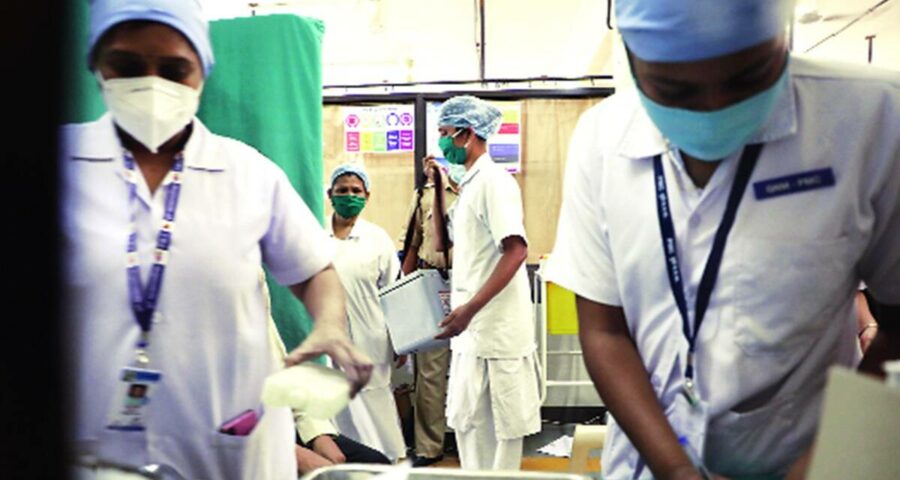 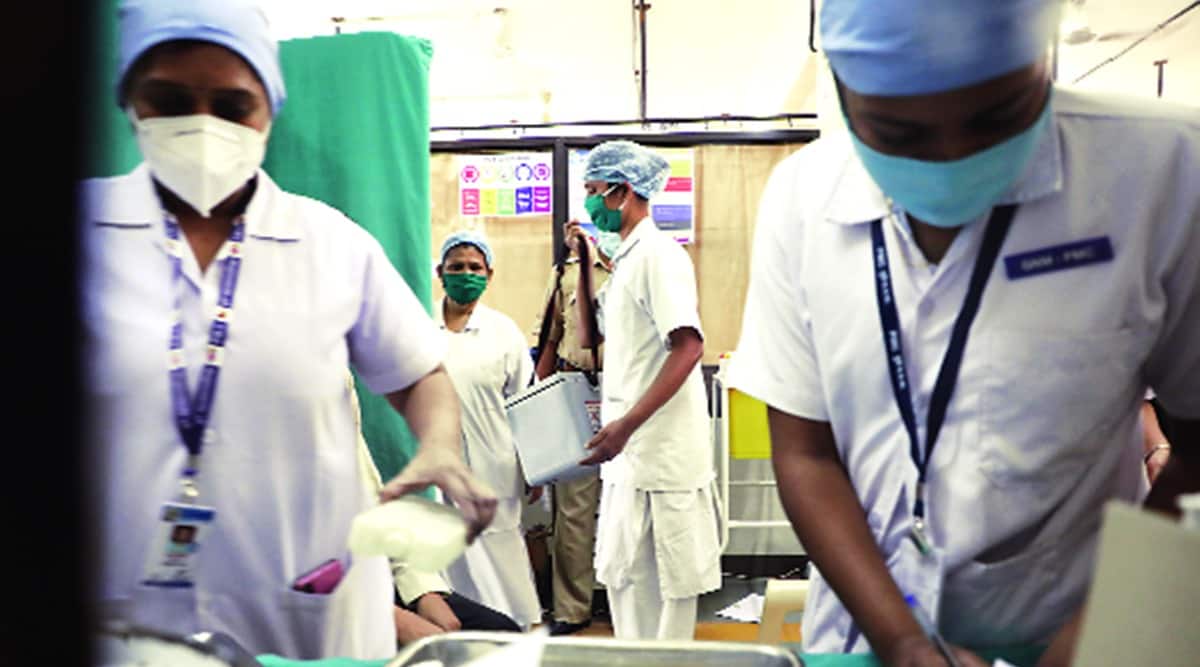 The first day of the Covid-19 vaccination drive in Pune Municipal Corporation (PMC) limits witnessed a better response in private hospitals than government hospitals, with the least number of doses being administered at the civic-run Kamla Nehru Hospital, where the official launch of the drive in the city was organised on Saturday.

As per the vaccination centres’ reports, only 34 healthcare workers of the 100 selected took the vaccine at Kamla Nehru Hospital, which is the lowest recorded across the eight vaccination centers in Pune city — four each in government-run hospitals and private hospitals. The second and the third lowest doses being administered were also registered in two civic-run hospitals — 47 healthcare workers each at Sutar Hospital in Kothrud and Rajiv Gandhi Hospital in Yerawada. The drive in all three civic hospitals was launched by Mayor Mulridhar Mohol. The state government’s Sassoon General Hospital had 62 medical staffers getting vaccinated for Covid-19, even as it registered the city’s maximum refusals for taking the vaccine at 11, out of a total 32 refusals.

Of the total 32 refusals across the city, 22 were recorded at government-run hospitals — 11 at Sassoon General Hospital, seven at Rajiv Gandhi Hospital and four at Sutar Hospital. Among private hospitals, Noble Hospital saw five refusals, Bharati Hospital saw three and Deenanath Mangeshkar Hospital recorded two refusals for getting the vaccination.