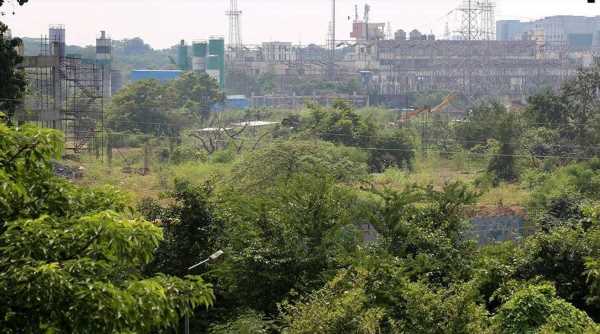 Following the surge in human-animal conflict in Aarey Milk Colony in Mumbai’s western suburbs, the Maharashtra Forest Department has permitted capturing of the “problem” leopard responsible for attacks on locals in the last month.

Three cages have been set up in the area for capturing the animal. After the capture, the animal is most likely to be kept in the Sanjay Gandhi National Park rescue centre and not released in the wild.

The camera traps were set up to ascertain if one or more animals were behind the attack, and to get an idea about the movement of the leopard. “It appears that it is a 1.5-2-year-old leopardess,” said a forest official.

After four years, Aarey Milk Colony — spread across 3000 acres in the western suburbs — has seen a spate of leopard attacks on humans. In over a month, Aarey Milk Colony, which has 27 tribal hamlets and shares its boundary with SGNP, has recorded at least six attacks by a leopard on humans, with the latest one being on 68-year-old Nirmala Singh, living in Visava Workers Colony near Aarey dairy.

Singh, who sustained injuries on her back, chest and face, was discharged from the civic hospital on Thursday afternoon. The attack comes two days after the animal’s failed attempt at carrying off a child.

CCTV footage shows that the leopard, camouflaged in the bushes, was lying in wait outside a house. A woman with a walking stick is seen coming out of the house and sitting down on the verandah. As soon as she sits down, she is attacked by the leopard. The woman uses her walking stick to ward it off.

The victim’s son Sanjay Singh said, “There have been regular leopard sightings in the area. However, an attack like this is recent.” Singh’s wife added, “She has been living in this house for 40 years and is aware of leopard sightings, but is scared and traumatised. She had the presence of mind to ward off the leopard with her stick.”

Singh added, “There are no arrangements for basic amenities such as toilets and street lights. We do not get permission to build toilets on the premises.”

The senior citizen was attacked as she was returning from the public toilet unit in the area.

Wildlife experts and forest officials said the attack by the leopard was aberrant. They said that leopards shy away from humans and usually attack in self-defence.

However, the attacks over the last month have revealed that leopard had targeted human beings. “Normally, the leopard shies away from human beings. But in the video, you could see the leopard was waiting in the background. But it did run away after it was warded off. We have increased patrolling and awareness programmes in the region,” said Sunil Limaye, principal chief conservator of the forest.

‘Mumbaikars for SGNP’, an initiative by the forest department and citizens of Mumbai, that deals with human and leopard interaction in the SGNP landscape, conducted 10 awareness sessions last month.

Leopards are adaptable big cats known to thrive in urban landscapes, sugarcane fields and other agricultural fields, semi-urban landscapes, having prey like wild boars, dogs and cattle. Leopards can share spaces with humans as long as the prey populations (both domestic and wild) remain sufficient and their habitat is protected, experts said.

These settlements have shared space with the big cats. At any given time, there are four to five adult leopards, including a transient population, that moves between Aarey and SGNP.

In Aarey, the Warlis, an indigenous tribe, appear to accept the presence of leopards as a normal occurrence. They also appear to know about the behaviour of the animal. The knowledge is being passed on over generations, according to a 2018 report on leopards in SGNP and surrounding areas, by wildlife biologist Nikit Surve in collaboration with the then director of SGNP, Anwar Ahmed.

Forest officials said that following leopard sightings or attacks, there is increased pressure from locals to capture and translocate the animals. However, that is not the solution. Last year, the forest department captured 11 leopards from the Nashik farmland after the human-animal conflict.

As per the 2011 Ministry of Environment, Forest and Climate Change guidelines, for human-leopard conflict management, the decision to capture an animal should be the last option, and animals trapped after deliberate attacks on humans should never be released into the wild. The translocated leopards have been documented to traverse back a distance of over 100 km to return to their home territory.

Efforts to reunite a two-month-old leopard cub, found in the Aarey Milk Colony vicinity on Tuesday, with its mother was successful.

The cub was placed in a basket but, authorities said, no leopard had approached it on Tuesday night. Besides, no sighting was recorded in the cameras installed near the site.

The second attempt on Wednesday night was successful, said forest officials. Locals also confirmed that a leopardess was seen in the same area with three cubs.

The cub was spotted and rescued by residents from near the former Metro Car shed area on Tuesday evening.