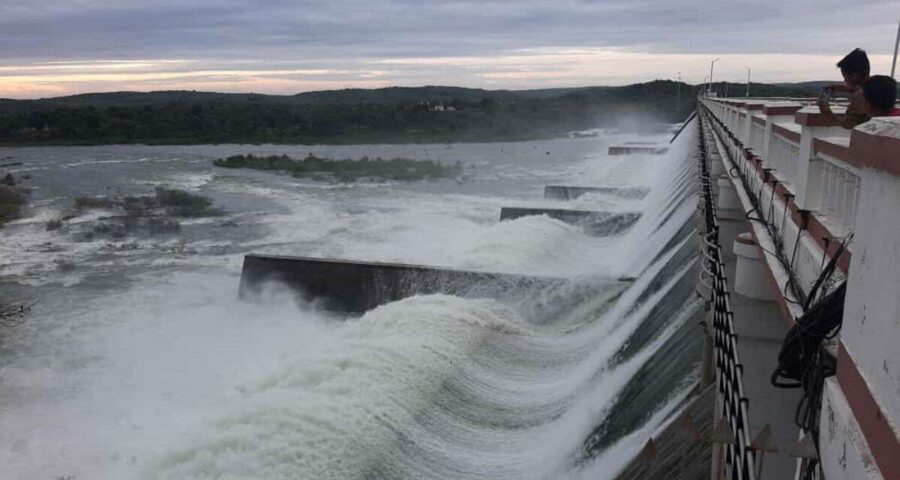 Located at Rajsthali village in Palitana taluka of Bhavnagar district, Shetrunji, which has designed gross storage capacity of 308.68 million cubic metre (MCM) was filled to its capacity and the irrigation department started discharging water by opening its floodgates. 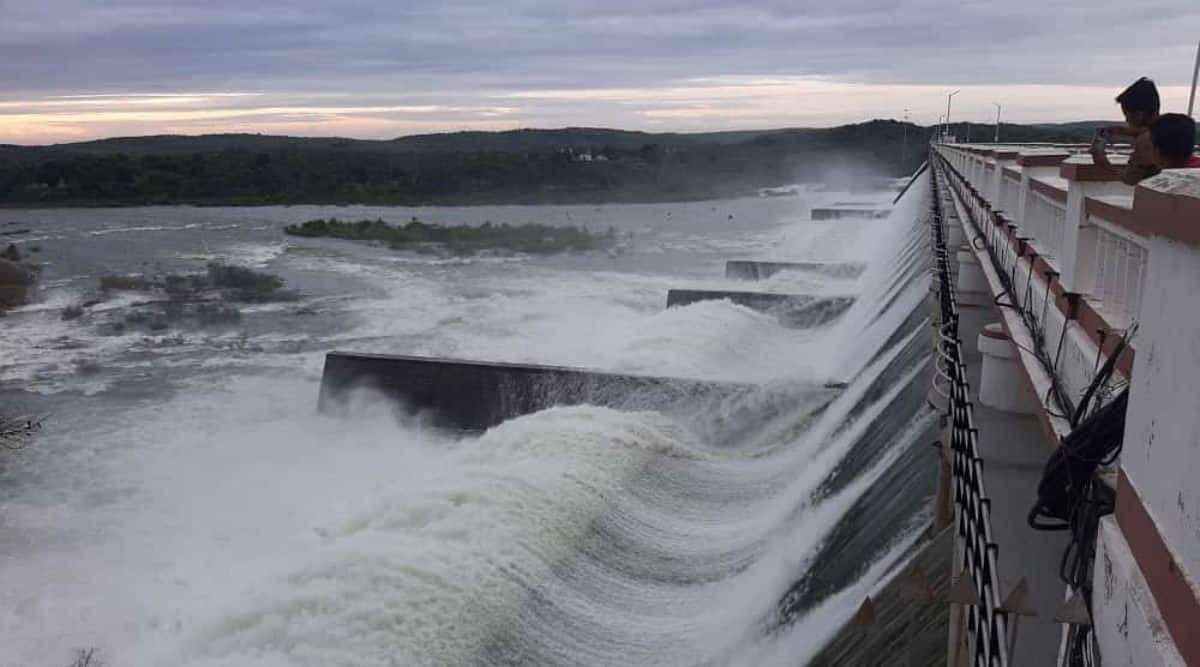 SHETRUNJI DAM, the largest reservoir of Saurashtra, and nine other dams in the region started overflowing on Thursday as heavy rainfall continued in the water-starved area for the third consecutive day, alleviating concerns of farmers to some extent.
Located at Rajsthali village in Palitana taluka of Bhavnagar district, Shetrunji, which has designed gross storage capacity of 308.68 million cubic metre (MCM) was filled to its capacity and the irrigation department started discharging water by opening its floodgates.

“The dam had received significant inflow during rain brought by cyclone Tauktae in May this year. Following good rainfall in Shetrunji’s catchment area in Amreli and Bhavnagar districts, the dam was filled to its capacity on Thursday and we started discharging water to maintain rule level,” Sunil Gupta, superintending engineer of Bhavnagar irrigation circle, told The Indian Express.

Constructed in 1965, the dam overflowed only in 22 seasons, including in 2019 and 2020. “The dam had around 30 per cent storage in summer this year. During Cyclone Tauktae it increased to 60 to 70 per cent. Heavy rain in Amreli and Bhavnagar over the past few days brought in the balance 30 per cent… the dam was full by 2 am Thursday,” Ashish Baladhiya, in-charge executive engineer of Bhavnagar division of Bhavanagar irrigation circle, told The Indian Express.

The flood control-room of Bhavnagar irrigation circle said that after the dam was filled up to its capacity at 2 am and inflow of water continued, 20 floodgates of the dam were opened at 3 am. As the inflow continued to increase, remaining 39 floodgates of the dam too were opened at 7 am by around 1.5 feet and further up to 2 feet at 8 am. At 7 pm on Thursday, 15 gates were open, discharging 1,550 cubic feet of water per second (cusecs). Officers said, the inflow in the dam was also 1,550 cusecs.

“Khodiyar dam is also located in Shetruji river basin and water being discharged from it is likely to reach Shetrunji dam. Therefore, we may have to release more water from Shetruji dam,” Baladhiya said.

In all, 10 dams were overflowing in Saurashtra on Thursday. They included Shetrunji and Kharo in Bhavnagar district; Khodiyar, Dhatarvadi-II and Surajvadi in Amreli district, Aji-II and Veri in Rajkot district, and Kabarka, Bantva-Kharo and Bhimdad in Devbhumi Dwarka, Junagadh and Botad districts.

The overflowing dams in Saurashtra comes as a huge relief to farmers in a season when the region is running a significant rainfall deficit so far. However, rainfall activity has remained concentrated in coastal Amreli, Bhavnagar, Gir Somnath, Junagadh and Devbhumi Dwarka.