The Delhi government also runs the Mukhyamantri Teerth Yatra Yojana, under which residents above 60 are eligible to take free pilgrimages to several holy sites along with their spouse. 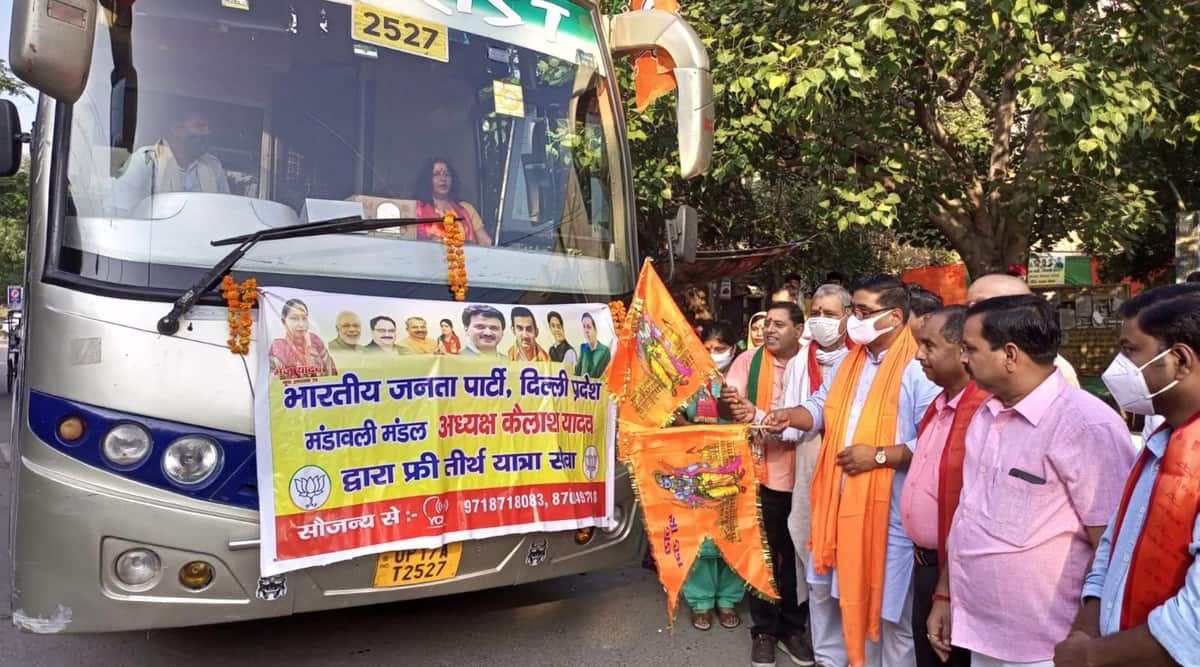 Delhi BJP leaders, including state in-charge Adesh Gupta, will organise ‘tirth yatras’ or pilgrimages to places such as Vrindavan, Mathura, Haridwar, Ayodhya for people of their constituencies.

Councillor from Dwarka, Nitikha Sharma, for instance, will take people to Vrindavan and Mathura, while Put Khurd councillor Anju Aman will take them to Haridwar. Mandal head of Mandawali, Kailash Yadav, took a batch of 55 people on Sunday to Mathura, Vrindavan, and Barsana on a day-long trip.

Incidentally, the Delhi government also runs the Mukhyamantri Teerth Yatra Yojana, under which residents above 60 are eligible to take free pilgrimages to several holy sites along with their spouse.

BJP leaders said it was general secretary, organisation, Siddharthan and Delhi chief Gupta who asked BJP workers to organise the free tours every month. The initiative comes around six months before the MCD elections, where BJP faces three-term anti-incumbency and a buoyant AAP.

Gupta, also a councillor from Patel Nagar, is preparing a list of people from his constituency to take to Haridwar for a pilgrimage. He said more than 500 have registered and the first batch would leave this month itself. The Delhi BJP chief said that due to Covid, senior citizens have been facing a hard time at home, so party workers have been asked to make arrangements to take them for pilgrimages. 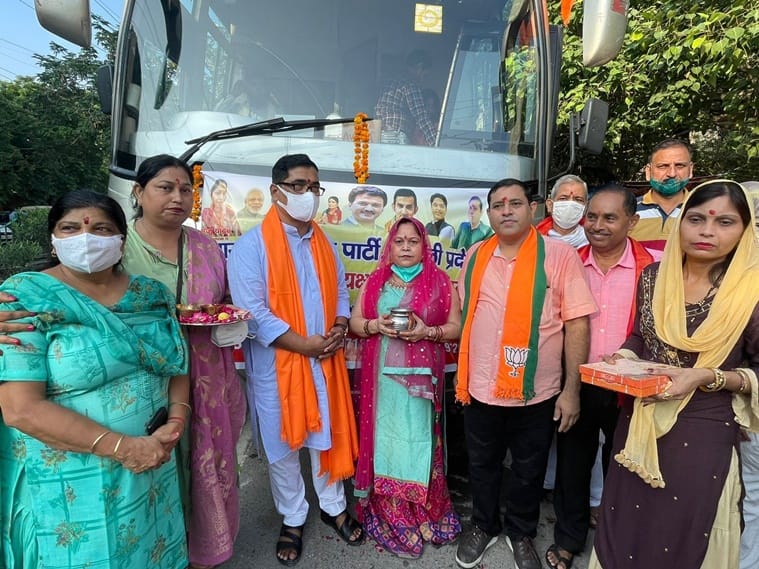 Political canvassing and religious activities often go hand in hand in the capital, with party leaders using platforms such as Ramlila, Chhath ghats and Durga Puja pandals for subtle campaigning.

Councillor Anju Aman said the pilgrimages will start from September 11 from DTU college in Shahbad Dairy. “Ten buses will leave for Haridwar every day. It will be two-day tour, during which I have made arrangements for their stay and food.”

Nitikha Sharma said she has made arrangements for 10-15 buses and the group will leave from the constituency in the third week of September.

Yadav said around 55 people can be accommodated in each bus and the initiative will continue for a few months. Gupta added that during Covid, income has decreased because of which families had to cut down on such yatras.